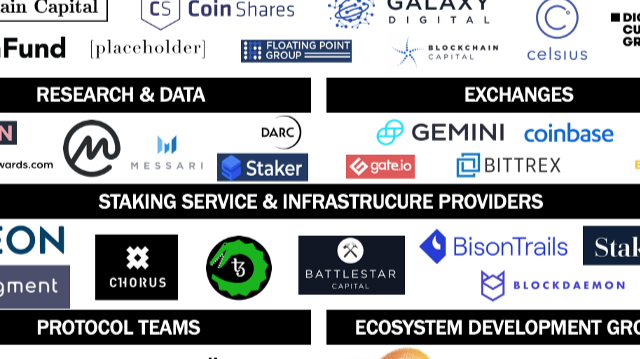 Personally, I think that short term trading of Crypto currencies is being overhyped. My understanding is that 95% of short term traders won't beat the market. The ones that do are a very small group of experienced traders, or algorithms. Most people will do better by HODL'ing Bitcoin and waiting. But this is not the only way of generating revenue in the crypto market thanks to the relatively newer area of defi, which is growing by leaps and bounds.These are the relatively low risk revenue or income sources that don't involve short term crypto trading.  For me, earning interest at 10-15% has been the safest and most reliable. I have been using variable rate lending services where there is no lock-in period. There are advantages and disadvantages vs. fixed rates, but I prefer the flexibility. I am sharing here some of my own evaluations and experiences, and this does not constitute financial advice.

There are many centralised/custodial lending platforms like Nexo, Blockfi, Uphold/Credearn etc. but my favourite one by far is Celsius for various reasons, which I won't go into here. I talked about them in a previous article. I have been lending BTC, ETH, and some stable coins and receiving interest reliably every week, at good rates. I have opted to be paid in CEL tokens, which earn higher rates, and I have redeemed them on Switcheo, a new decentralised exchange, which I am really impressed with.This is a professional grade DEX, which supports multiple chains/protocols (NEO, ETH, and EOS). So, you can trade in your CEL tokens for any other coin, as often as you like. The CEL tokens also have their own market value, and have been doing pretty well. The more/longer you hold them, the better your interest rates will be.

There are advantages and disadvantages to lending stable coins vs. volatile cryptos. You can adjust your portfolio based on your risk appetite. This is the best way that I know of to invest in BTC and ETH, and still earn good rates while holding them. You can also use them for things like collateral, but I am not a big fan of borrowing. Any arbitrage opportunities seem to be pretty short term, and your positions have to be closely monitored. So, I would rather transfer fiat $ for now, and get better rates than the bank. Maybe in the future, I will look into things like leverage, and margin trading, but its more risky than I want right now. You can check current rates on the Celsius site and in the mobile app, and compare rates for different services on loanscan.io. Keep in mind that custodial/centralised services require a certain amount of trust, and you still have to rely on due diligence, reputation and insurance.

Best for stable coins, but understand the risks related to smart contracts. There is some good reading material on the subject, and Consensys is developing a good methodology for assessing risk. The smart contracts are also audited, opensource, transparent, and in some cases have insurance funds, and decentralised governance. They are definitely in the early stages, but show a lot of potential, especially for fully collateralised lending which aren't very risky. I have been lending Dai and USDC on services called Fulcrum and Nuo. Rates have been about 10-15% over the last few months.

It is possible to earn a share of the transaction conversion fees on Uniswap and Bancor exchanges, based on your share of the reserve pool (in bancor they are called relays). I personally prefer Bancor since I find it easier. All you have to do is convert some of your funds in the Bancor wallet to XXXBNT, where XXX is the token that you want to provide liquidity for. BNT is the reserve coin that Bancor uses to switch from one token to another, and is also traded separately. It is not necessary to buy the coins beforehand, and it can all be done within your wallet. You can check how they are doing any time, or trade them in for something else.

Its hard to tell what the return/yield is since there is a certain amount of volatility in the coin itself, as well as BNT. But you can reduce the volatility, by lending stable coins to the relays. Bancor is working on a lot of improvements, such as their own stable coin called USDB. It works now, but there isn't much documentation available yet.

Apparently, there will be more tools and documentation coming out which will help to determine profitability. Also, there isn't much historical data yet. I am still doing some testing and evaluations. I am lending BATBNT, MKRBNT, and DaiBNT. But in general, you may want to consider this kind of investment in a bull market where you want exposure on the upside for some of the currencies that you won't get with stable coins.

There are various validator pools which facilitate staking, so that you don't need any special equipment, expertise or large stake. I am currently staking Tezos, Cosmos, Loom and EOS. Etherium will also be moving to proof of stake, within the year. There are many other ones as well. Each one has its own staking method, and reward process. Many of the validators have good documentation, and some of the wallets allow you to stake directly. Terms, lockup periods and rates vary. This is also a good method of earning income but only if you believe in the coin, and its long term prospects to appreciate in value. If you aren't staking, you will be losing value to inflation as new coins are minted into circulation. This strategy is also well suited to a bull market.

There are many other opportunities for investment coming shortly, that are relatively low risk

As this space grows, there are more and more opportunities available to earn crypto, with relatively low risk, compared to trading. You don't hear as much about it, but you really should. I have been amazed by some of the developments in the Defi space, and we are only getting started.