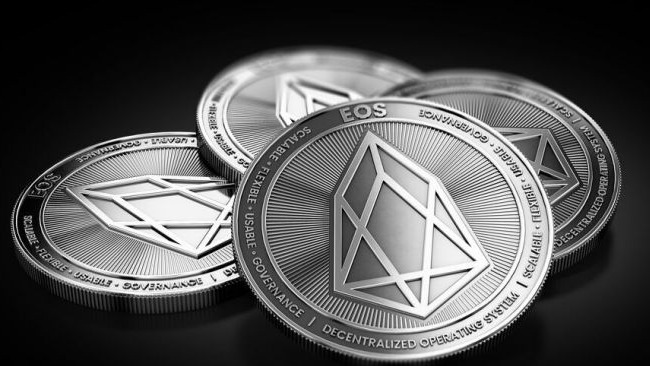 You will need to provision an EOS account, and install Scatter (the EOS equivalent to Metamask for people who are familiar with Ethereum), if you havn't already done so. I won't go into the details of how to do that in this article, since I want to focus on Defi which is really a dapp layer function, on top of the blockchain protocol. There are lots of tutorials, good documentation and support available for getting started with EOS, or learning more about it.

Eos is a little different than Ethereum since it uses Delegated "Proof of Stake" consenus mechanism rather than "Proof of Work" (which Bitcoin and Eth currently use). There are some definite advantages and Ethereum is in the process of changing to Proof of Stake with Version 2. Eos is already there so, there are some important differences in the network economics. For example, EOS doesn's charge gas on a transaction basis for network fees, like Ethereum. Instead, you need to stake some Eos to get resources on the network (CPU, Ram, and network bandwidth). So you are not spending or consuming your Eos, but only locking in a small amount, which you still own, and can unstake if / whenever you want. Most of the new smart contract projects are using this consensus model since it is faster and more efficient. We won't see it working smoothly on Eth for a few years, but Eos has this already working now, which is a big advantage.

Lending and borrowing and staking

Rex (resource exchange) - One of the things that you can do with your excess, or unstaked Eos is to invest it in Rex, for a small revenue stream. This system is used primarily by dapp developers who want to borrow network resources for a period of time, rather than purchase them. Rex is a pool of funds where users can contribute their Eos tokens, for a small return on their investment. Its good to do if you aren't using them, and you can remove the coins at any time (subject to a 7 day waiting period). Keep in mind that the borrowers don't receive tokens, they receive network resources. So, its not the same as some of the borrowing services on Ethereum, which serve a different purpose.

Chaintai is a token leasing platform, similar to Rex, but it is P2P, with order matching. So rather than lending to a smart contract pool like Rex, you chose one of the fixed periods for lending and create an order for the quantity of EOS, and the rate. Your order is then matched to someone who is borrowing resources (not coins). Generally, the rates are higher than Rex, but it tends to be less convenient, since your funds are locked up for a fixed period of time (1 week, 1 month etc)

Eos governance allows token holders to vote for block producers in proportion to their holdings, who secure and validate the network (similar to the function of miners with proof of work) There are currently 21 BP's who are voted in and out depending on their performance, and how much they contribute to the ecosystem. There is also a proxy system, whereby you can delegate your votes to another entity to vote for you if you are not up to date on what is going on. So, you have to chose a proxy that you trust to make good use of your votes. Some will pay you back a certain %, or share of the block producer rewards in return for votes, or proxy delegation to them. Many of the community members consider this "vote buying", and frown on this practise, but it is considered a legit way to earn some rewards for now. However I suspect that the rules will be changed to disallow this in the future.

This is a stable coin pegged to the US dollar, similar to Dai, with a minting process similar to Maker Dao, and a similar decentralised governance framework. But it operates on the EOS blockchain, only has a 1% stability fee, and a 130% collateral ratio requirement. The governance token is called NUT (network utility token), instead of Maker which is used to pay back the 1% fee for borrowing, and vote for the 21 governance custodians or delegates. I have been taking advantage of the low borrowing rates, and generating EOSDT. For investing the stablecoin, you have 2 main choices - you can convert the EOSDT to EOSBNT, and contribute it to the Bancor relay for a share of the conversion fees, or you can convert the EOSDT to Dai, and invest that on Ethereum. I expect some more native lending solutions to be coming soon as well. For now, the lending options are not as good as Ethereum, but the borrowing rates are much better. So there is no reason that you can't use both chains, thanks to Bancor (see below), and engage in a little arbitrage.

Carbon money stablecoin runs on several different platforms including Hedera hashgraph, Tron, EOS, and Ethereum. Cusd can be transferred to other Eos coins,  or to ethereum, or to Fiat. I was able to log into either EOS, or Eth blockchains from the same carbon.money portal. But, Its better to use on EOS for now, since there aren't many eth exchanges which support Cusd yet. The minting process requires KYC, and I am waiting for approval, so I wasn't able to try it.

The Carbon.money portal also has an option to purchase various crypto currencies by credit card with a 3% fee, which is convenient, and not too expensive to save you some steps.  The credit card purchase worked well for me. I bought some EOS, and Ethereum, and it only took a couple of minutes. It went directly into my wallet. There is an API available, and a lot of other projects are integrating this function into their dapps. (Eos composability - not as many financial primitives as Eth, but they are starting)

This is another crypto backed stable coin, using the MakerDao model, with a number of improvements which are listed in the whitepaper. I won't go into them here since they are numerous, and the project isn't ready yet. They decided to start with the decentralised governance to build the product, and the design looks interesting. They have a version running on Eos testnet, and expect to go live on mainnet by Feb/March 2020. I am following the project for now.

Dex's and Bridges and Relays

Bancor is a decentralised exchange which works across both EOS and Eth. So, it s a good tool for converting Eos dapp tokens to Eth ERC20 tokens and back. You can also contribute to Bancor liquidity pools, which are called relays (like Uniswap pools). All the exchange pairs use the BNT token instead of Eth or EOS. Bancor will also be enabling conversions using a new stable coin called USDB, which can be minted on Ethereum. My previous article goes into more detail about how to do this. With the next Bancor project upgrade coming in December, the reserve token for conversions will become USDB instead of BNT, which will in turn become a governance token for the project, with voting rights etc. There will also be a big airdrop for all BNT token holders.

You will be able to exchange your EOS for a pEOS, ERC20 coin which will run on Eth. One pEOS will be pegged to one EOS in value, but will run on Eth as an ERC20 token. This project is being developed by the Oracle project called Proveable. More info in the Medium article, in the title.

There are many Decentralised exchanges which enable the buying and selling of Eos dapp tokens from one to another like Newdex, Dexeos, etc. But the one that I like the best is called Switcheo, and it works like an enterprise grade exchange, but supports multiple blockchains with associated trading pairs - Eth, EOS, and Neo. I use it for selling my Cel tokens which I get from Celsius for interest. I can exchange it for other coins, on other chains as well.

Eos is architected to support sister chains (similar to side chains, or layer 2 solutions in Ethereum). There are several which support different use cases. For example, Wax is for trading non-fungible game tokens, Telos has a slightly different governance model etc. Worbli is designed to support strict regulatory compliance, with things like KYC and AML at the protocol level so all the dapps can make use of it (For example STO's, and possibly some Defi apps that require KYC)

As far as Defi is concerned, Eos has been flying under the radar. Ethereum has been getting most of the media attention. To be fair, Defi was originated on Eth, and they have a lot of developers, and network effects, but who knows where it will end up. I suspect that there will be multiple chains, side chains involved (behind the scenes) Eos has some advantages and disadvantages. It isn't as mature, but they have made some definite improvements in scalability, for example. In the future, most users won't know, or care what blockchain they will be interacting with on the back end (like web 2.0). Web 3.0 is still in the early stages, and there may be more than 1 winner, so I am hedging my bets and trying to keep an open mind (pun intended).