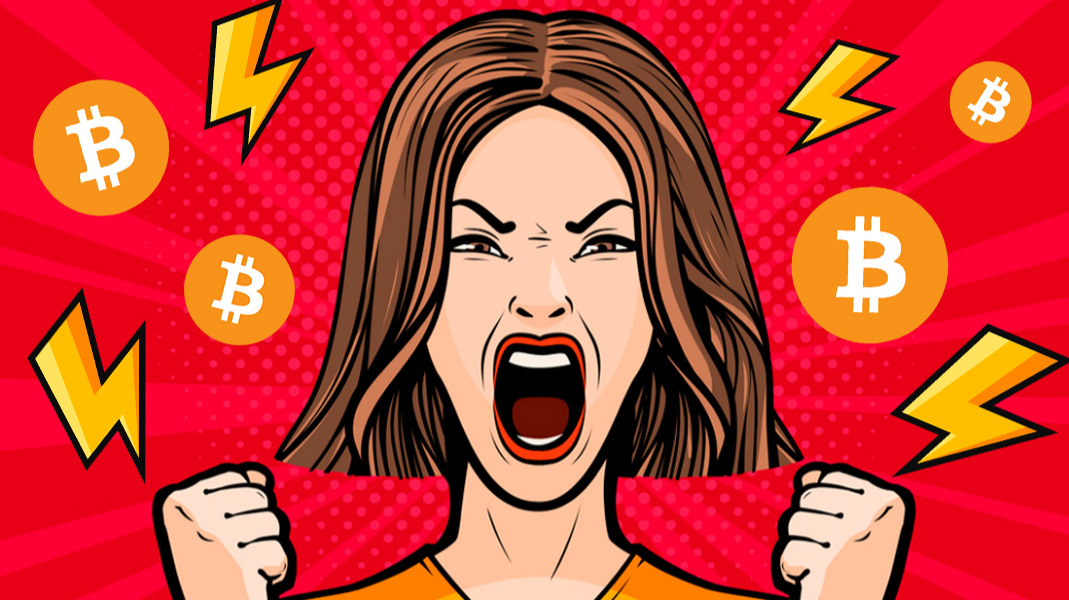 The huge amount of people who lose from Bitcoin... ...are wrong.

Till today, a lot of people hates cryptocurrencies (and some which are yet attached to the past hating the Internet) and associates all of them with Bitcoin, while associating Bitcoin with a hoax/scam it was supposed to be.

Like who look at iOS/Windows Phone and says: "this phone have a different Android", using the term "Android" instead of "operating systems". They does the same about cryptocurrencies: they refers to DASH, Ethereum or Litecoin as "this is a different kind of Bitcoin". 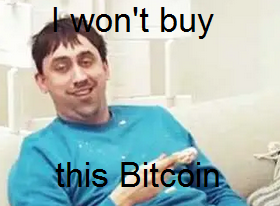 This same level of misunderstanding, they had when ignoring Bitcoin in 2016 and bullishly buying that in 2017 after the big news.

Most of cryptocurrencies (Bitcoin, Ethereum) aren't enterprises, but decentralized networks like BitTorrent. Or, do someone owns the torrent network?

Vitalik Buterin doesn't owns Ethereum, Satoshi Nakamoto nor Binance Exchange doesn't owns Bitcoin and neither ThePirateBay nor even uTorrent owns torrents. They are decentralized peer-to-peer networks where its users distributes and owns it.

And yes: cryptocurrencies can change the piracy landscape by permitting independent producers to sell their media and users to pay according to what they afford to using bounding curves.

If you was scammed by a kind of "Bitcoin Bank" enterprise, it's yours and their fault, and not from Bitcoin. Bitcoin is decentralized and you don't need a bank nor a enterprise to receive it. There is no "official" business at front of Bitcoin. Cryptocurrencies themselves are a bank you own at your pocket and no bank or government can take it from you. Also, if you had losses in Bitcoin at the begin of 2018, it probably is also yours fault, and this topic will be covered at this article.

And Bitcoin should take no responsibility about its scam forks such as "Bitcoin Cash" (claims to be the true Bitcoin) and "Bitcoin Satoshi Vision" (claims to be made by the true Satoshi Nakamoto).

Please note: the following content of this post isn't a sponsored content nor any kind of investment advice. It is my vision about what is wrong in people's bias against cryptocurrencies and my personal experience on doing it right. DeBank isn't paid by the Bitcoin, Ethereum (and they aren't corporations) nor any other, but brings independent content instead.

I've first read about Bitcoin at 2014, started working on it at 2015 and had my first BTC at 2016, when high profits happened. Why I didn't blamed Bitcoin for losses in 2017? Simply because I only had profits with it (and even more with Ethereum's bounties and ICOs) by having a very basic understanding about values and market and entering it early.

And in talks of profits, in the begin of 2017 I'd earned ~22K BRL with the Wings bounty+ICO, and at December it already was ~45K BRL (and couldn't withdraw it because I misplaced my privatekey). This is my personal experience because I was visionary about Bitcoin's potential, and bought the idea sooner (not too much, better if I did that at 2013/14). 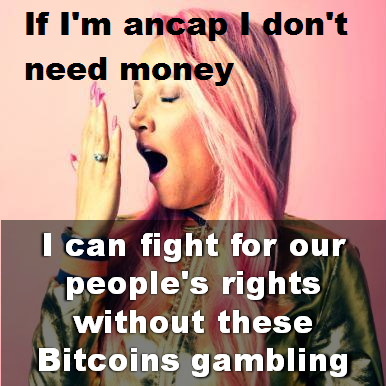 Our local flagship TV channel at Brazil, Globo, did lots of good reports and news, and just at 2017 there were business advertising they're offering to buy it. And guess what? The unfair business were privileged to reach people in the general media. Since 2018, lots of people were robbed and now most of Brazillians sees Bitcoin like it is seem in Angola, as "a scam enterprise of magic Internet money which pranks people". 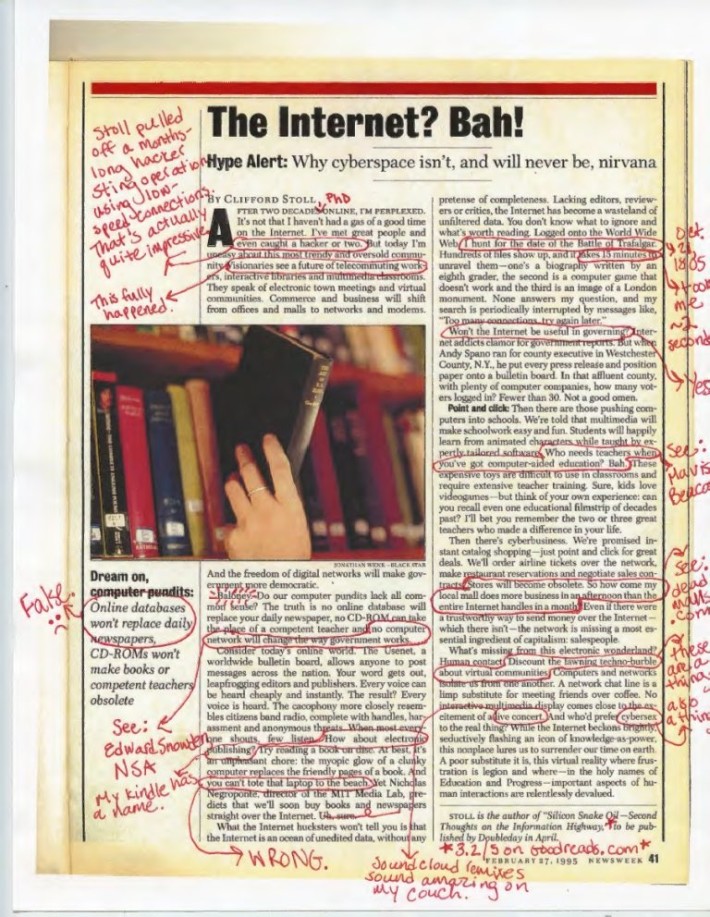 And in other countries and also in Brazil?

A lot of people decided to buy Bitcoin later after being highly skeptic then seeing BTC stamped at magazines, only believed when seeing its high valuation, and then bough it, increasing even more its value. Bitcoin isn't a bubble, but guess who turned it into a bubble? Its richest users, who bought it early (I'm not rich but I'm part of who believed on it early), saw its high valuation and profited by selling it, which drastically reduced its value and made losses to the late people who were still holding their recently purchased commodity. And understanding that picture is funny. And if you had this kind of loss, the answer is: you don't understand the basic rule of market: "buy low, sell high".

So, people had losses in two strands: Bitcoin's devaluation and front business (Bitcoin have no official front business as it is decentralized) supposedly selling it.

An quote of wisdom from an undervalued Brazillian youtuber:

Note: Felipe Neto didn't said with such exact words in his video about Empiricus Research's Bettina, and never did any kind of investment advice to his fans.

Or can you tame an adult dinosaur without buying as an egg before?

Oldman's tip: "Believe and join your nerd friend at school; or when rich and well-known he will ignore and make a deception on you".

You do the same for cryptocurrencies. See their potential before, early, and not when you see it getting a high value. 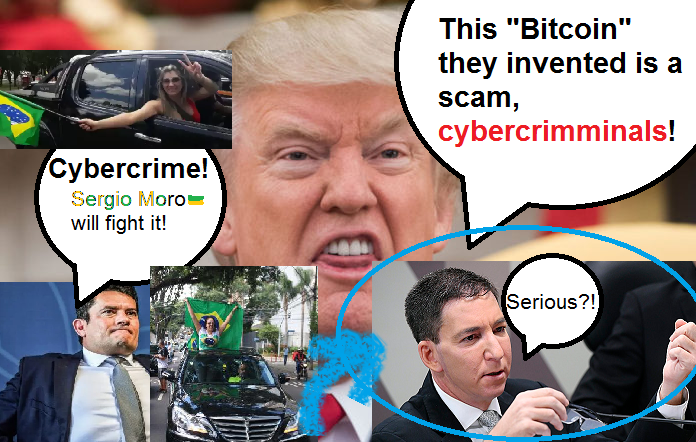 How dapps, smart-contracts and cryptocurrencies are seem by most people in Brazil and also in other nations.

Today in Brazil (and probably in other countries) you see a lot of news about cryptocurrencies being only Bitcoin and linked to cybercrimes, but no news about crypto's potential to help people's lives. In 2019, Glenn Greenwald was accused by a member from a far-right party of receiving cryptocurrencies as payment to hackers who leaked audios of crimes from the then juror Sérgio Moro. In the process, they insistently associated the Brazil's novel buzzwords "cryptocurrencies" and "cybercrimes".

And a lot of crypto users thinks that the coronavirus / COVID-19 crisis will do a high valuation to cryptocurrencies to be a store of value and means of profits, but I think different: the news about "cybercrimes using coronavirus to scam people" will increase like it is already happening, and the honest and also the people which could be helped by cryptocurrencies, will pay the price for such bad intentions from media's organizers. Same time they says about cybercrimes, they should also talk about how Internet is helping people in these crisis times (Zoom's family meetings and business conferences, VR, cryptocurrencies). What if I try to promote cryptocurrencies to my family? "Daniell is doing the cybercrime of trying to scam her very own family to join the anonymous clandestine cryptocurrencies which pranks the people".

Before you think to return to the political bubble which spreads skepticism against the cryptocurrencies, I should ask you:

1. Do you trust your President and think she/he is honest?

If you (in high probability) say you don't trust politics or banks, you're right and is starting to understand why the very own untrustworthy plays against the trust of the Internet and cryptocurrencies.

Yes, you use more YouTube than your radio or DVD Player. With COVID-19 pandemy, you're meeting people more at Internet than in presence. And you use more Whatsapp than SMS or letter. And as the Internet is essential and suffered a lot of reputation attacks ("delivery of defect products from Internet!", "I won't put my credit card onto any virtual site!", "hackers!") on the past, cryptocurrencies today suffers the same misinformation dumbness.

And the cryptocurrencies I personally use? Only Ethereum and its tokens, which is useful for both the beginners and also the experts, as I see Ethereum is the new Bitcoin: mostly unknown, not much valuable now, and with a lot of potential which Bitcoin hadn't (smart-contracts, tokens as insider coins, programmable money legos). And no, this isn't a sponsored article. As of torrent, Ethereum is made by its developers and users, and no single corporation nor person controls it.

So, the verdict of this article: Bitcoin and other cryptocurrencies (except things like Tron or Facebook's Libra) are essentially good and helpful. But there is a problem with Bitcoin: the fluctuation of its price, known as volatility. The Brazillian humorous-sketch channel Porta dos Fundos did a parody of Bitcoin at this video, showing that at a restaurant you see in the menu "0.0001" Bitcoin, pays it, for then the men says: "not enough, it is now 0.0050 bitcoins... ...wait, it is now 0.0090 bitcoins, wait I'll return part of your money because it is now 0.00001 bitcoins, or wait it is". A upcoming article will cover that, about stablecoins: they haves mechanisms to always have the same value (about MakerDAO's DAI token).

If you need to have a fair newsletter about the "new Internet" which DeFi (Decentralized Finance) and the cryptocurrencies are, you can subscribe to the host of this article: DeBank. Stay safe and hold your money smart. 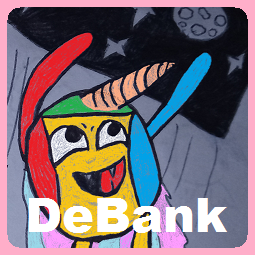 This article is also at: