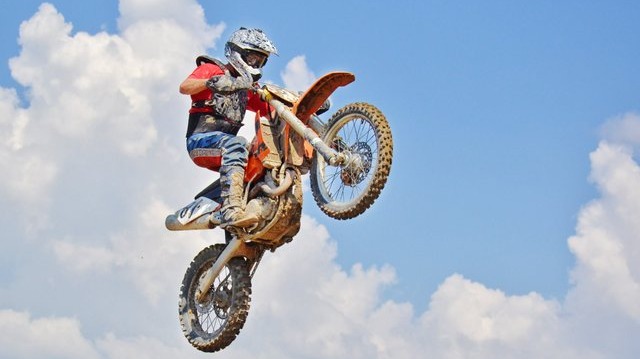 I never drove anything beyond a moped. Yet, even on a moped I was able to be hit by a car, become airborne and get into a hospital. But this is the story for another prompt.

I used to like reading about the most ridiculous deaths. One of them happened as follows. One very bright and intelligent individual (pun intended) decided to experiment, and instead of regular unleaded gasoline filled his dirt bike tank with the rocket fuel. He wanted to test how fast he'd go and how long he'd hang in the air.

The result exceeded his expectations. He became airborne, flew at least 100 yards in the air, and crashed into a clip. The impact was so significant that it made an indentation in the cliff deep enough to keep the flattened bike alone with and the squashed remains of the tester in it.

As they say, "negative results" are also results. If you ever get the idea that sounds too crazy, then maybe, just maybe this comparison came to your mind for a reason. )))