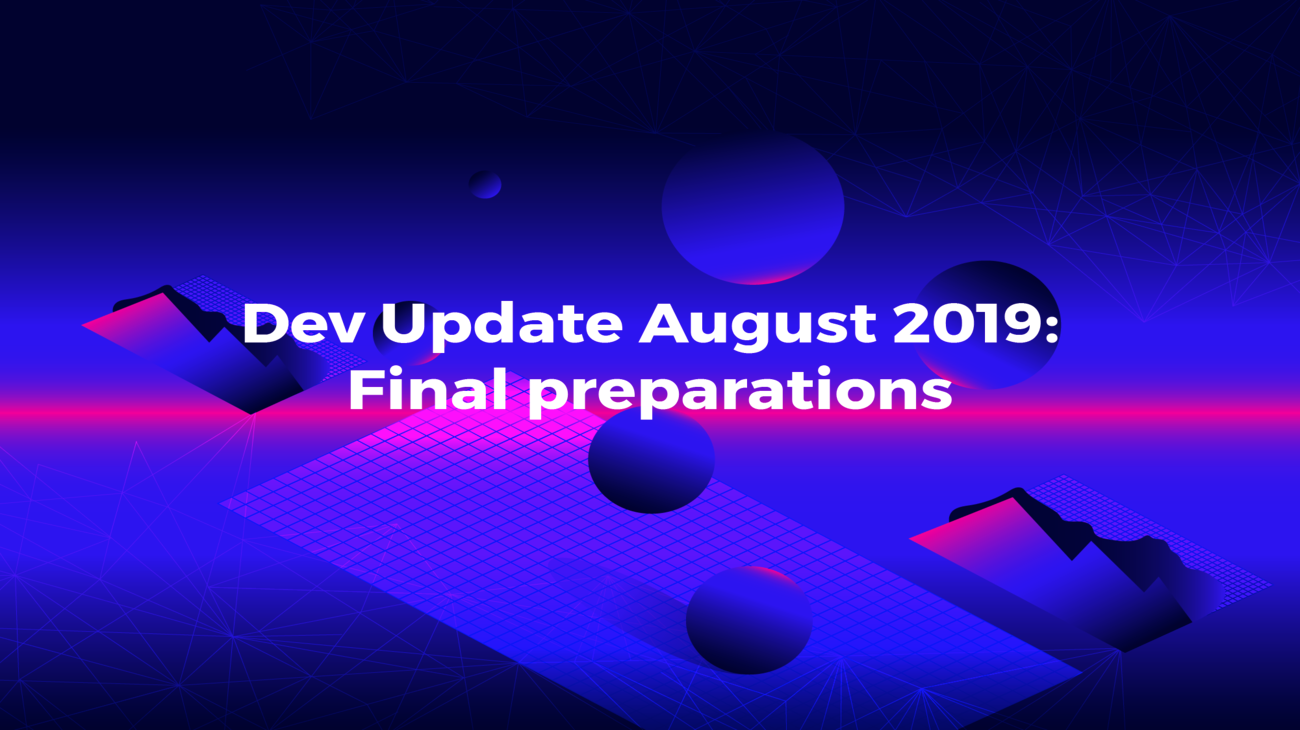 The DAOBet (ex — DAO.Casino) team is delighted to release the long-awaited update of the developers’ blog for the month of August and shed light on the new and exciting features that will be introduced in the upcoming weeks.

The last month of Q3 promises to be an exciting one as the development team has finished creating some key products for the platform and is in the process of improving their functioning and operational capabilities.

An important point of note especially for our validators is that we are updating our blockchain in connection with the EOS 1.8v update. But that’s not all! The team has something very special in store that will be revealed in the near future. But, for now, hush, hush and keep the anxiety gushing.

In addition to the planned update for the blockchain, the team has also finished work on a number of major products for the DAOBet ecosystem. In general, the team is currently polishing out the edges and is preparing the playing field to launch a proverbial rocket into the gaming space!

Let us not linger any longer on tidbits and get straight to the juicy details of the latest updates that the DAOBet team has in store for the community.

Do you like games as much as we do? If so, then we are delighted to announce that we have just finished the development of the pulse-racing and ever-popular Blackjack game and started developing three more games:

These games will be integrated into the first version of our platform. We would also like to inform the developers of all upcoming games that the Developer’s SDK is nearly complete. The Developer’s SDK will be available soon and can be used for developing and deploying games on the DAOBet blockchain.

The games we are currently polishing out will be listed in the initial release of the DAOBet Platform and will be integrated in the DAOBet blockchain. Do not forget that is just the start of our exciting journey of the platform’s expansion.

The upcoming release of the new version of the SDK for developers is a pivotal event in the development of the entire platform and cannot be left without due attention. As such, we welcome all willing to join the developers’ chat and discuss any wishes or provide invaluable feedback for the improvement of the product.

Recently, EOS announced the release of the 1.8v of its blockchain and we would like to take the opportunity to highlight the most important features that are to be added in the latest version:

Since the DAOBet blockchain is based on EOS, we monitor the updates of the developers and are in close and constant contact with the EOS community. Version 1.8 has recently been released with global changes and fixes. All of these changes will be incorporated into our blockchain to ensure smooth and up-do-date operation of the entire ecosystem.

The detailed patch note can be found in the official EOS blog article. We expect to launch our MainNet with the latest updates in Q4 of 2019, thus the TestNet will be updated to 2.1 version in September. All the current nodes will need to be updated for the transition to take place and for the nodes to remain operational within the blockchain. We will provide a guide on how to carry out a quick update. Feel free to join our validators’ chat if you have any questions regarding the upcoming changes.

The DAOBet team is hard at work perfecting the existing ecosystem and integrating new features that are crucial for the smooth operation of the blockchain in accordance with EOS’ updates and requirements. New games are not being disregarded, as they are the fuel that runs in the blood of our dear community members and empowers them to keep the industry in motion in the first place. We sincerely hope that we will be able to keep that fuel flowing and meet the requirements of our times and the demands of our users. In the meantime, enjoy the latest additions to the list of games available on DAOBet!

Stay tuned for more news and updates from DAOBet and do not forget to join our social media channels to get the latest information about the project’s development.