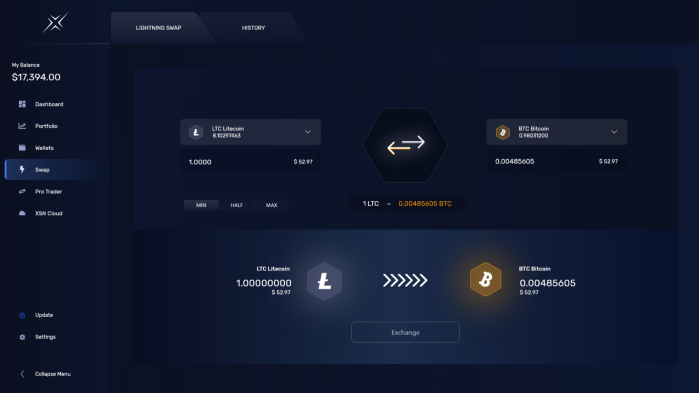 Huge update incoming in the v 4.0.4 of the Stakenet Light Wallet, as the X9 developers team listened quickly to the users and added an Uniswap like tab into the lightwallet, where users can simply swap their coins without having to deal with opening (or renting) channels.

"When swapping, the user will always receive the coins on layer 2 , they will however be able to start (if they want) on layer 1 with all assets"

Users that already have funds in Layer 2 (Lightning Network) will be able to swap them instantly and basically without fees.

The team also announced that they are in the final phases of adding ETH private key support into the wallet, that will speed up the integration on Raiden, allowing for the trade of ETH and ETH Tokens in the wallet without spending the huge amount of fee that are now in place in the Ethereum network.