$PCN hard fork and rising from the ashes again! Time to pay attention!

Peepcoin ($PCN) is an old altcoin that was abandoned and revived many times in the last years, rising from the ashes and making incredible rises.

It's mostly famous for being revived in early 2018 by the $DAPS team, before abandoning it in a crazy night when the Daps team dumped everything before announcing that the swap won't happen... Eventually PCN holders received their Daps token, but still put a stain on the coin name.

After some confusion, a new team took over the project and maintained the wallet in the last 2 years; now some new dev came to help and a new mandatory update was announced; there will be a hard fork that will reduce the staking rewards (from 100% to 5%). This will reduce the inflation of the coin and probably the supply also since many people forgot about PCN and probably will not update.

A swap to PXN is planned in the future and still is in the works, join the discord channel if you want more info or want to help.

All the news could help the price and bring attention to the project, which currently is traded on Tradeogre mostly on the PCN/LTC pair. Current marketcap is under 400k$. 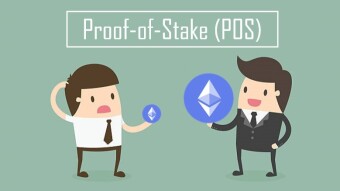 The Fatal Flaw of Proof-of-Stake (PoS)