Can Ethereum Survive the Uprising of “Ethereum Killers” and DeFi Protocols?
$1,200 in $ETH + $300 in $ADS Prize Pool: #WhatIsAdshares Contest and Giveaway >> ENTER HERE << 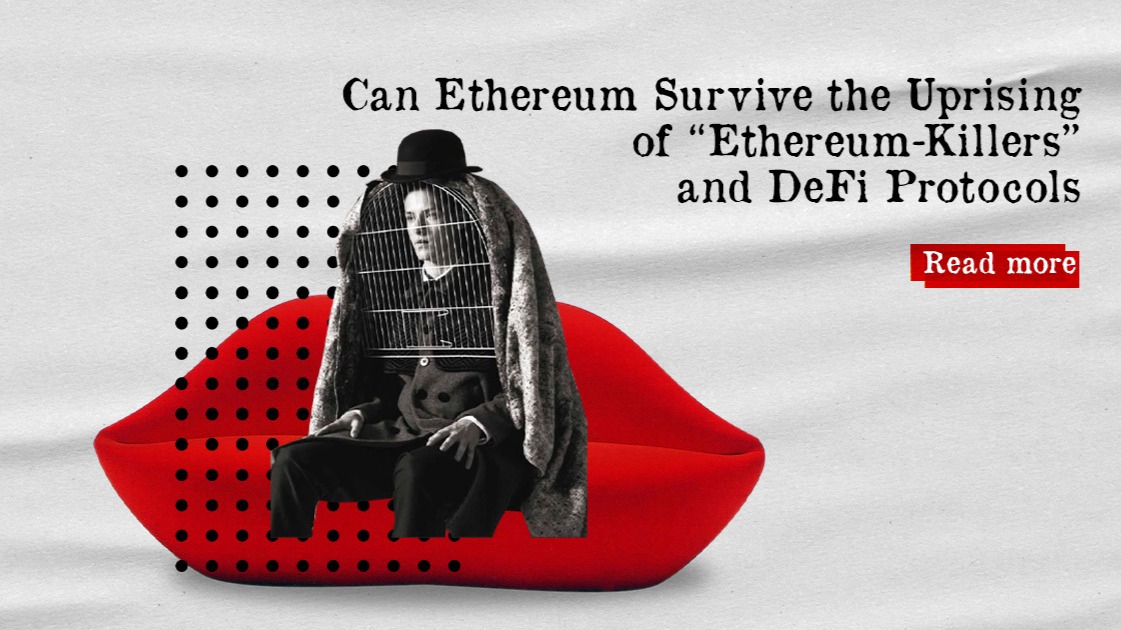 Since Ethereum became the go-to smart contract blockchain, its underlying TPS limit infrastructure uncovered pathways for network contention. As a result, every emerging blockchain with smart contract capabilities gets dubbed an “Ethereum Killer,” as they are built to challenge Ethereum’s shortcomings.

The King of Activity

When considering the chances of an “Ethereum Killer” capitalizing on Ethereum’s total market share, Felix Hartmann, partner at Hartmann Capital, mentioned that the network carries the idea of blockchain exclusivity. He underlines that Ethereum is often users’ first interaction with blockchain technology through DeFi, wallets, or NFTs. In short, Ethereum is the gateway that kickstarts blockchain trends, which the “killers” then echo.

Data from multiple analytics outputs sustain the usability argument. DappRadar notes that 77% of the $10.67 billion in NFT sales registered in Q3 took place on Ethereum. Despite the high fees on Uniswap and Opensea, which amount to approximately $9 million in the past 24 hours at press time, there is always demand for Ethereum, aside from speculation due to the number of users onboarded by Ethereum. Hartmann compares Ethereum fees to the downfall of “the hottest club,” showing that demand is generated by products people want to use.

Despite the community’s frustration with fees and transaction latencies, Ethereum has shown resilience in helping to develop new paradigms for blockchain usability. For example, DeFiLlama illustrates that DeFi’s TVL has reached $200 billion across all ecosystems, and Ethereum alone accounts for $140 billion of this, followed by Solana and the Binance Smart Chain, both of which are considered Ehtereum Killers.

Be the first to read the flipside of Can Ethereum Survive the Uprising of “Ethereum Killers” and DeFi Protocols?

What Do “Ethereum Killers” Bring to the Table

The promise of the next disruptive smart contract platform is ideal for VC managers who implement betting mechanics to increase their notoriety and market capitalization. At the time of writing, Ethereum has a market cap of $450 billion, followed by Binance, whose market value is $79 billion.

The “Ethereum Killer” narrative is beneficial for the market as it incentivizes innovation. Gen 3.0 blockchains are developing interoperable blockchains that represent one key factor for Ethereum’s possible fallout. The issue with such innovative technological endeavors is that they are as yet unproven.

Unlike Ethereum, which gained both industry and social capital by ensuring data security and consistency, emerging blockchains bear forth, contrary to the value of decentralization. For example, in 2021, Solana suffered a DoS attack causing the network to come to a halt. On the other hand, Cardano, the much anticipated ETH killer, launched its smart contract functionality in September, yet dApps have not yet been created. Moreover, EOS, the first-of-its-name ETH killer, had concerns raised about its exploitative network centralization.

While new blockchains are chipping away at Ethereum’s market share (successfully, for that matter) in all sectors, by targeting newcomers to the space, they still draw only a small fraction of the entire blockchain network.

Ethereum 2.0 Brings Killers to a Halt

Michael Rosenblat noted that Ethereum 2.0 would address “lower fees and higher throughput,” invalidating the value propositions of most Ethereum killers. Thus, Ethereum will boost its value proposition by amending most of the convulsions surrounding the network’s narrative, including fees, high energy dependency, and scalability. With over 8.2 million ETH staked on Eth2, the network can migrate to a new sustainable and agreed-upon state.