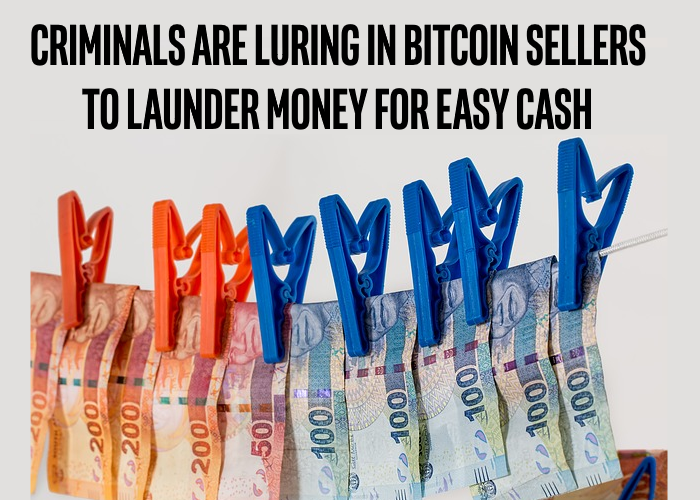 Cybercriminals are luring in bitcoin holders with the promise of easy money if they become a mule to convert stolen assets into clean currency.  The reality is these volunteers will just join the ranks of other victims.  But that is not stopping people from joining up to replace other mules who have paid the price.

Criminals are selling cash for pennies on the dollar to buyers willing to trade it for Bitcoin, according to the new Q3 2019 Black Market Report from Armor’s Threat Resistance Unit.  A recent Cointelegraph article outlines how $800 in Bitcoin buys $10000 in cash on the Dark Web.

Digital cybercrime is a huge business, accounting for an estimated global cost of $3 trillion in 2015 and predicted to rise to $6 trillion by 2021 according to research from herjavecgroup.com.  A subset of that is monies stolen from victims which criminals want to launder so it cannot be traced back to them.

One of the most popular ways of laundering money is to use a 3rd party to transfer the money through their clean accounts.

For years, criminal outfits have been recruiting dim-witted volunteers to conduct such activities by giving them a percentage of the money they launder.  This initially looks like a great opportunity for these volunteers but it is likely the worst decision of their lives.

Mules are a throw-away resource for organized criminals.  They are the most exposed point to law enforcement and are often the ones caught.  As the mules are purposely insulated from the criminals, they can’t negotiate a lesser sentence by informing who they work for.  They are stuck with the burden of the full legal repercussions.  The criminals simply recruit new mules to replace the old and leave a trail of discarded minions.

As for the mules who are caught, their future is pretty dark.  First, they get arrested for a number of felonies.  Supporting organized crime and transporting funds across borders are serious offenses.  They should expect prison time.  This gives them a lifelong criminal record of financial crime, which will then haunt them any time they seek employment at a company.  What business would want to hire a thief?  They may be put on travel watch lists, for fear of physically moving cash.  The government will seize their assets and they will have to surrender or pay back all illicit profits to the government.  Then, the IRS will come for them.  Yes, they will still have to pay taxes on all the money they moved, not just their profits.  This can be much more then they made being a mule.  Those taxes also incur late fees.

Simply put, choosing to become a money mule for easy cash can ruin someone's life.  Doubtful the criminals tell all this in the job recruiting brochure.

It may be tempting, but don’t let yourself, family, or your colleagues be lured into this disaster by the promise of quick cash.  Money laundering only helps the criminals and in turn, they will continue to victimize more people, including the mules.