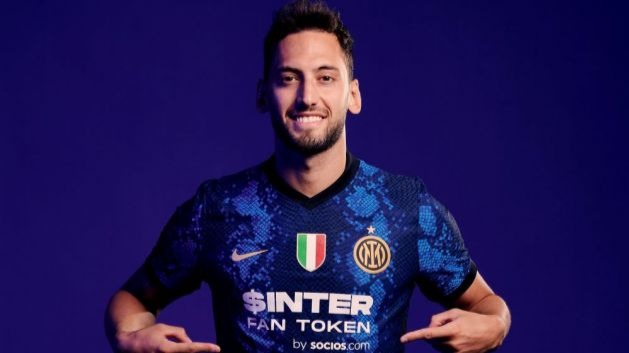 One more step towards mass crypto adoption can be found in the ever increasing stature of global footballing powers with cryptocurrency firms across their chest. Last season saw the Bitcoin logo featured prominently on the Watford home kits through their sponsorship with Sportbet.io which felt like a huge move towards mainstream viability.

Watford is one thing, but this season sees Inter Milan replacing their legendary partnership with Pirelli with a €20 million partnership with Socios.com that will see the $Inter Fan Token receive prime real estate on the shirts of an Italian Calcio giant. 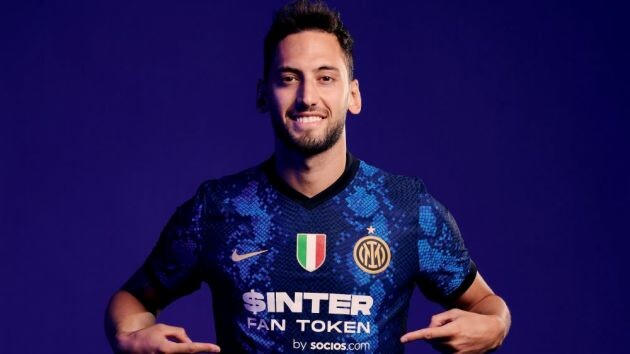 Shirt sponsorship might seem like small potatoes but it goes a long way towards legitimizing cryptocurrency. The defending Serie A Champions will be hoping to make noise in this season's Champions League and will be doing so with $Inter Fan Token front and center.

There's big money in shirt sponsorships as well, watching crypto firms - whether it's crypto betting or token advertisement - win the race to big club sponsorship should warm the hearts of every HODLer. You don't have to be a fan of the utility of the club coins promoted by Socios.com but I can't overstate the importance of thrusting digital currency in front of FIFA 21 players everywhere.

Ok, but what exactly is $Inter Fan Token?

$Inter Fan Token is one of many fan tokens sold by socios.com with the largest market cap being FC Barcelona fan token which has a Market Cap $62 million and a circulating supply of $2.95 million which ranks the fan token at 385. Socios.com also represents giants like AC Milan, Juventus, Atletico Madrid and, of course, UFC.

These fan tokens can't be bought via their own exchanges, you must buy $Inter by acquiring $CHZ and then spending $CHZ in the Socios.com app. It isn't exactly a decentralized system but these fan tokens then allow you to vote on team specific polls and bid on exclusive items. It is possible to buy and sell fan tokens but you aren't buying these tokens in the same way you buy BTC - they're meant for a specific purpose without much utility outside of that specific purpose.

It's an interesting project, $CHZ itself is the 69th (nice) ranked coin by market cap, it's an ERC-20 Token with a very interesting coin distribution:

It's a model that incentivizes teams to give Socios a shot with 5% of $CHZ distribution allocated to the teams it works with, in case you were wondering why football giants would put their name on a relatively unknown project... there's potential to make big money by further gamifying your fanbase. In a post-COVID world, these teams desperately need that extra income - Barcelona lost $117 million last year and will be unable to register new players for the upcoming season without action from other La Liga members.

I have concerns about what appears to be very centralized tokenomics and an inability to buy the token outside of Binance and smaller exchanges.

#CHZ does have a maximum supply of 8.89 Billion tokens with 5.34 Billion currently in circulation.

It remains to be seen if Socios.com's business model is the future of fan incentivization but giving football teams another way to profit off of team access feels like something that teams will make an honest effort to capture.

Writing about things I find interesting in the Crypto space, from experimental tokens to Bitcoin.