What is Blockchain? What Are Its Use Case & Why you Should Care? Is what we will explore in this article 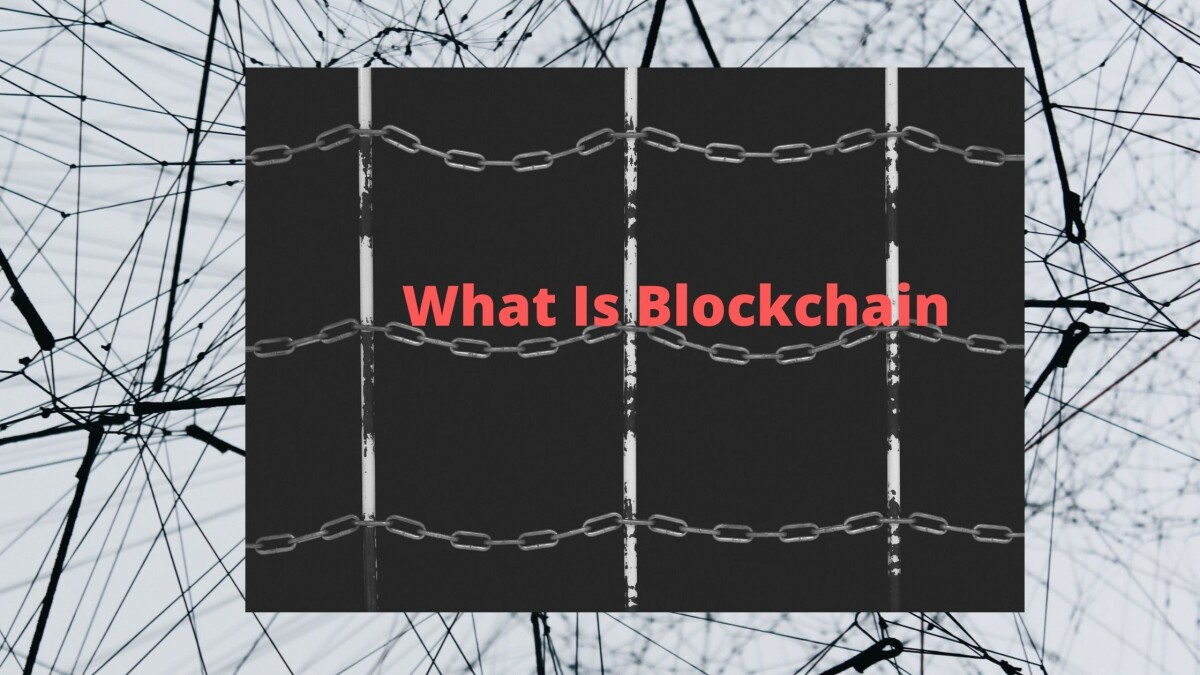 How It All Started?

Blockchain technology has become a new darling of this 21st century. But much before this technology came into existence there was a system of Digital Cash which was conceptualized by Chaum in 1983 to handle the concept of double-spending, even though advanced cryptography existed at the time too, but it failed to be compatible with centralization, the anonymity of the transaction and double-spending.

So three decades later in 2009 Satoshi came up with Bitcoin, the world’s first decentralized currency, which replaced the digital cash centralized server signature mechanism, with a consensus-based proof of work. It solved the issue of double-spending and improvised the concept of Chaum’s by introducing the decentralized payment system using revolutionary Blockchain technology.

Bitcoin has been in the news both for good and bad reasons, but its valuable contribution to the world has been the underlying tech behind it which we now know as Blockchain. It has the power to change the way we used to transact or exchange anything and we are already witnessing the impact it has created in Fintech industry where many have tasted the success and failures both in no time.

I would like to discuss the 5 underlying principles behind this tech of the future and how it can be utilized by techies to change the world in a bigger way.

Blockchain Principles Which You All Should Know:

Blockchain is a P2P network where no single participant(user) controls the transaction, the power is distributed among all the participants in this network, which means no single stakeholder can hack, manipulate or close the chain of blocks or can shut it down. This blockchain network due to its distributed(Decentralized) mechanism is free from any hacks or fraud.

In the blockchain-powered network, all the participants have got the right to make decisions, here the trust in the system is not forced but is totally guided by user intuition. The tight integrity is observed in the way every user gets incentivized for their effort and also in the way this entire P2P network functions.

“For the first time ever, we have a platform that ensures trust in transactions, and…recorded information no matter how the other party acts.” — Tapscott

3. Cryptography: Fair To All

Blockchain has been designed with this core principle to provide a high level of security and authenticity to the user. To ensure tightly knit security & data integrity it uses the power of cryptography. The Blockchain transaction mechanism is favorable & rewarding for an authentic user at the same time it is very harsh on reckless users. That means the blockchain system is fair for all who behave as good users and reward them appropriately. But if you go about using it with wrong intent you are not spared and penalized.

Blockchain being a distributed network, there is no one central point of failure and also no single person can behave recklessly to damage the entire chain of the network. The damage because of any individual hack of the password will limit to that single person itself. With blockchain PKI(Public Key Infrastructure) encryption mechanism your transaction over the network is highly secured until you are a fool to share your private key for which no technology has a solution. So, largely you can trust Blockchain technology to ensure your transactions get completed without being hacked.

The Blockchain is inclusive in its approach where everyone is independent to participate without any discrimination in the global economy. Bitcoin allows all the richest, the poorest, to invest in their capacity and become part of this global economy, as the need to have a bank account was totally removed. They can directly decide to transact to whomsoever they want without third party intervention and paying zero to a very little transaction fee.

Blockchain I strongly feel is a chain which will set everyone free and unify one and all with no discrimination whatsoever.

The blockchain’s main contribution to the world will be the inclusion of one and all to be a part of this global economy, which will be fair, safe, secure, and just to all.

In a digital world, where consumers and businesses transact online for shopping, transferring payments & to verify the information for a myriad of purposes, ensuring data privacy has become paramount. Its Strong Hash Key encryption is quite secure and helps you exchange data over the internet without disclosing your true identity.

With Blockchain your identity is never revealed while you transact using the blockchain P2P network. Your Rights and freedom are clear and enforceable, as you become part of the blockchain ecosystem. The Blockchain’s Smart Contract is an awesome way to execute any agreement between two parties, which basically allows for transactions to go through only when certain predefined benchmarks have been reached and agreed upon by both parties involved...

Richard Bradley: In one of his article sums up the blockchain as:

You (a “node”) have a file of transactions on your computer (a “ledger”). Two government accountants (let’s call them “miners”) have the same file on theirs (so it’s “distributed”). As you make a transaction, your computer sends an e-mail to each accountant to inform them.

Each accountant rushes to be the first to check whether you can afford it (and be paid their salary “Bitcoins”). The first to check and validate hits “REPLY ALL”, attaching their logic for verifying the transaction (“Proof of Work”). If the other accountant agrees, everyone updates their file…

This concept is enabled by “Blockchain” technology.

Time to discuss the potential use case of this disruptive tech which is taking the financial world by storm.

Blockchain even though first got introduced to the world because of the first digital currency called Bitcoin, where it became its underlying technology to revolutionalize the Fin-tech industry, but its use case is relevant to every sector you can imagine possible.

The major use case can be classified into two major categories

Let’s get into the details of a few of the important ones quickly:

The apt use case of blockchain-based technology is seen in the banking & financial sectors which have been disrupting services ranging from operations to retail.

The power of AI in collaboration with blockchain has been shaping various financial services landscape creating not just opportunities but also challenges for customers, service providers, and regulators. With Blockchain as an economic model, Fintech services providers will create new innovative solutions that will respond to consumer needs for security, trust, better services, privacy, and transform the competitive landscape. The Healthcare sector has been the most progressive sector after the BFSI sector in adopting blockchain to build a tech of the future where all the stakeholders like doctors, patient, hospitals, pharmacist, Testing labs all will be communicating through this decentralized mechanism to maintain the healthcare records which will be more secure, reliable and authentic.

Blockchain in healthcare can be used to :

Some of the prominent startups are harnessing the power of AI to develop intelligent healthcare solutions covering multiple services in the healthcare industry,

Some other use cases In Non-Financial Sectors: Like Power, Supply Chain, Agriculture, etc has been compiled by lux research, Inc Why You Should Care About Blockchain?

Well, if you care for your money, health, the power you consume, and most importantly about exchanging data over the internet you should care about this brilliant Blockchain technology. You are living in the 21st century where your identity can be forged, your social media account can be hacked, your personal information can be sold and leaked, your privacy is no more private, and many more concerns & if you care about all this you should understand blockchain as the responsible citizen of your country.

We are already witnessing tremendous innovation happening in the banking sector, which if fully gets powered by blockchain (which I feel should happen in my lifetime or after I leave this earth, I know am being too optimistic in desiring so, but it will happen for sure) will be the greatest democratic tool to empower one & all. If you care for your loved ones and are tech-savvy than you should care about this revolution and should feel proud, to be alive in this very moment and witnessing the change.

One thing is for sure going to happen the money & other physical documents, which we are currently using will become obsolete and will not be available in its physical form, so what if it will take ages at least the world can claim to be fully paperless.

And if you care for this earth you should care about this future technology revolution which will completely change the way we transact & communicate over the internet.

The power which lies in the hands of few powerful corporates will get distributed to everyone to create a new world that will be more connected, juster, more secure, and fairer for all.

Time will come where even the most deprived class of people will make contribution to this global economy and will feel proud to be alive. Having said that I would like to raise my concern that while all these changes will happen, we need to make sure that we are giving back to this mother earth by planting more trees, harvesting more water, using more green energy solutions and producing more foods, so that we all can witness this technology empowering us all beyond our imagination.

This article was originally published on Medium, here is the link