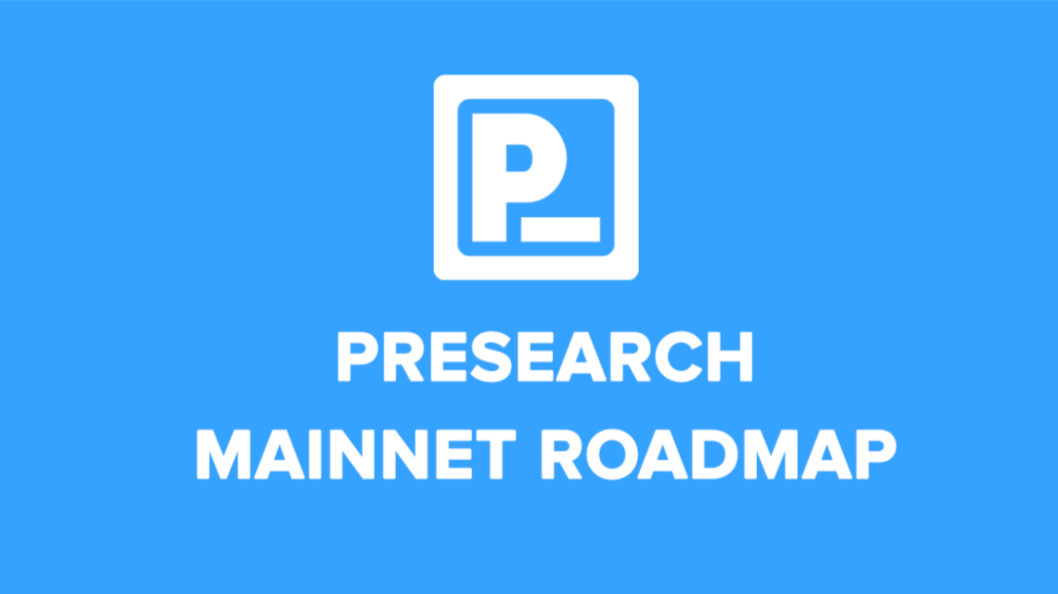 Presearch | Some Exciting Major Updates And Quick Insights For 2nd Half Of 2021.

As I had already informed you about some future developments on Presearch in my earlier post.  Now the things are getting real as they have shared their roadmap for the next few months and it's already quite exciting. So, let's hop in!

It's full of awesome features and exciting developments. Take a look

Well, This is just half of it, the rest is down below in the post. I'll be focussing on the first part. You can see the complete updates on Presearch Mainnet Roadmap.

From a search engine to a browser that's great progress, although it is only for mobile devices, it is still quite impressive. As I have seen people not taking it seriously for being just a search engine. The browser will improve the user experience with excellent privacy and ad-blocking feature and some additional ones too. Presearch browser will be available for both iOS and Android devices and hopefully, we can see them by the end of June.

We all like quick transfers from our wallets to purchase or buy coins but since this was not the case with presearch, it was quite inefficient both economically and experience-wise.  They will be implementing web3 features which will enable us to request a transaction from our wallets via direct fee payments. Seeing the recent ethereum gas fee surge you must be worried about the fee but relax and read ahead.

I know this is not the order followed by roadmap but this seemed more exciting to me and here comes the BSC.  We all know how impressive Binance Smart Chain is, not to mention its low gas fee. Yes, the token bridge will be implemented using BSC.  This will also increase the scope for more future developments and we can't say what to expect. But surely with BSC, the possibilities are infinite.

And one more exciting surprise(but expected) looks like it's Christmas already. We all have faced this current RVS which is definitely not user-friendly and not to mention quite monopolistic. But a sigh of relief as it will no longer be hindering us because it's getting fired. The new RVS is on its way and frankly, I don't know if it will be a better one or worst, it could go either way. But if they have planned it for us, surely we can expect some leniency.

It's not exactly revealed how these rewards will work but due to the new RVS, we can expect some major changes. As the eligible tokens for withdrawal are also based on levels decided by the current RVS, this eligible limit will also get affected but for good. But this will not be the only way to level up, there is a possibility that we can level up by staking tokens, referring others to the project, staking keywords, and operating user nodes amongst other things. Also, the lengthy process of proving that you are a valid referral will not be there too. We can also expect some base rewards for active users(not sure what will be the definition of the active user).

Smart Node Routing Based On Performance

I'm not quite familiar with their whole node running system that's why I'm limiting my words. In order to put production traffic on the testnet (or user nodes in production), we need the ability to keep the end-user experience fast and stable. They will implement an ability for different nodes to handle different search providers to avoid “all or nothing” or “partial results” scenarios. This results in partial rewards as node runners don't receive rewards for some searches. This will improve the experience of both end-users and node runners.

Launch Of Presearch.com and Mainnet

This will shift Presearch to a more commercial zone as ".com" will enable it to reach more consumers and investors. It will also help the project significantly to build its credibility while minimizing traffic loss.
After all the preparations and hard work they have put into this project, it will be a huge achievement to launch their mainnet so that they can migrate all users, including those currently using Dsearch.com, over to the newest version of Presearch, powered by decentralized user nodes.

That's not all there's more that is mentioned in the roadmap. You can see below.

Plus, they have mentioned that once they will complete this phase of developments we can expect more from Presearch but for that, we have to wait for further updates.

Follow me on hive.
Join me on Twitter - twitter.com/cryptovial
Check out  read cash for some BCH
Make some noise on noise cash
Join floyx for some easy crypto

Somehow surviving in the world while learning and trying to adapt the decentralization... Follow me on Twitter - twitter.com/cryptovial

Learning, Executing, Experiencing, and Imagining crypto with much more. This is a multiverse of crypto with infinite potential and madness. Be innovative, learn new, execute differently and experience something great.