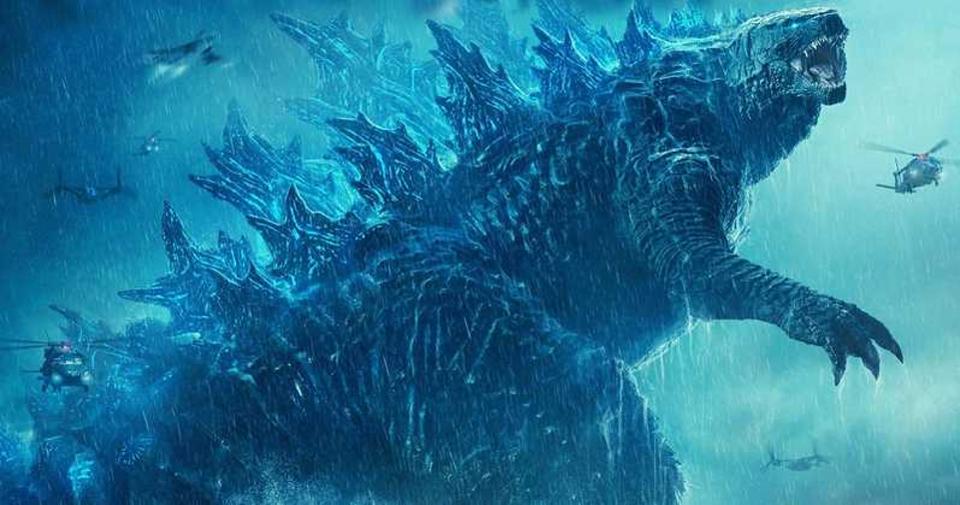 Cardano is a Slow Moving Giant That Hasn't Started Rushing Yet

In the cryptocurrency industry (or in any industry for that matter) there are 2 ways in which a project can go about marketing their product. I guess you could say both ways work but there very differing opinions on which method should be used.

One way is the super flashy and noisy way that involves huge spectacles with lots of money. A great example of a flashy marketing method is the tactics used by Justin Sun to market his Tron project. Sun uses mystique, grandiose and hype to bring awareness to his project in the hopes to drive price higher. However, many people believe that marketing methods like this are very controversial, especially when they do not play out quite as expected such as the time he wanted to award a winner with a Tesla or the time he teased that there was an upcoming deal with Liverpool FC.

On the other hand, projects such as Cardano prefer the more quiet type of marketing in the hopes to spread education and let their technology speak for themselves. The team over at Cardano prefer to use a more humble method of marketing which is much in-line with their ethos of peer-reviewed research. There are no big lights or flashy cars in the background when Cardano starts to market itself and this, in turn, brings a very different kind of investor to the project. We all know that money likes silence and Cardano is one of the quietest teams out there which helps to attract investors that are much more patient and are not looking for a quick turnaround in profit.

A Reflection On Hoskinson Himself 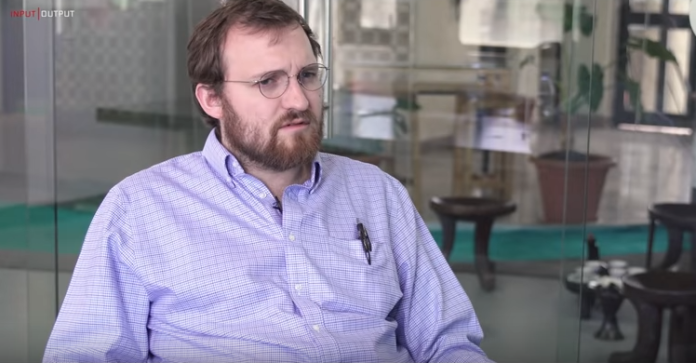 Perhaps we could assign this quiet type of marketing to the creator of Cardano, Charles Hoskinson, himself. Born in 1987, Hoskinson is on a mission to solve global problems with the help of emerging technologies. Living in Colorado, Hoskinson studied mathematics and cryptography at university before entering into the world of cryptocurrency.

Hoskinson eventually went on to become one of the co-founders of Ethereum and then continued to create his own project, Cardano. His success in cryptocurrency is apparent in his estimated net worth that reaches half a BILLION US Dollars. However, there are no Lambos in the background of Hoskinson’s videos when he is providing community updates - even though he can afford a bunch of them. Instead, the majority of Hoskinson's videos are from his small - but very cozy - office in Colorado.

Hoskinson character is a reflection of the ethos of the Cardano project. After launching IOHK in March 2015, Hoskinson decided not to follow the traditional roadmap that many projects use. Instead, the team decided to create a set of principles and philosophies that all developers could follow that would promote best practice. The entire platform is based on research and science using a methodical approach. Each step is logged and peer-reviewed before being integrated into the platform. This helps to create a very high-quality code that brings about strong security and confidence.

To the majority of the community, he seems pretty humble (except from that time when he flipped on that MetaMask employee) and seems like the type of character that just wants to work and educate other people on the benefits of blockchain technology.

A Man To Create Partnerships

It seems that his character also helps to create strong partnerships that will help to take the blockchain industry much further. For example, he recently announced a partnership with the Mongolian Government at the Frontier Fintech Summit in Mongolia. Cardano had announced that they had signed an MoU with Mongolian Blockchain Technology & Cryptocurrency Association and the Mongolian FinTech Association to advise on potential blockchain projects and develop blockchain education.

Hoskinson has developed a strong relationship with Prime Minister Damdin Tsogtbaatar as the two of them had a private meeting together;

The partnerships do not stop there, there is a huge string of them that just keep coming. The latest is with Konfidio Ventures, a Berlin-based blockchain venture studio, to promote the adoption of Distributed Ledger Technology (DLTs) by governments, large corporations and startups alike.

Funds For Days (Or Should I Say Decades?)

Taking things one step further - it is important to highlight the fact that the team over at Cardano have enough funds to let them continue to code for a very long time without the need for them to ever create any revenue. This is a position that 99% of cryptocurrency projects on the market could only dream about being in.

According to Reddit user DamonAndTheSea, Cardano had managed to raise around 100,000 BTC during their fundraising - no small number of Bitcoin. Furthermore, according to Charles Hoskinson, they managed to sell the majority of their funds at the top of the market. So extrapolating the maths, DamonAndTheSea believes that the team should have a MINIMUM of around $300,000,000 if they sold their coins at an average of around $3,000 per Bitcoin. In reality, it probably is MUCH higher than this conservative amount.

This means that the team has money to keep coding like this for pretty much decades. They will be able to sustain themselves and even grow for a very long time before the project will need to look for incoming revenue.

With all this said, I believe Cardano is truly a very slow-moving giant. The project is still within the top 20 cryptocurrency projects as it comes in at rank 12th with a $1.31 billion market cap value - and it has not even started to market itself properly just yet. This really is a slow-moving giant!

Taking a look at the price chart for Cardano below, we can see that Cardano has still yet to move as it sits around $0.05. Once Cardano can break above the $0.1 level, the thrusters should start churning as the resistance on the way back toward $1 is minimal.

NOTE: This chart is the LOG chart for easier viewing. 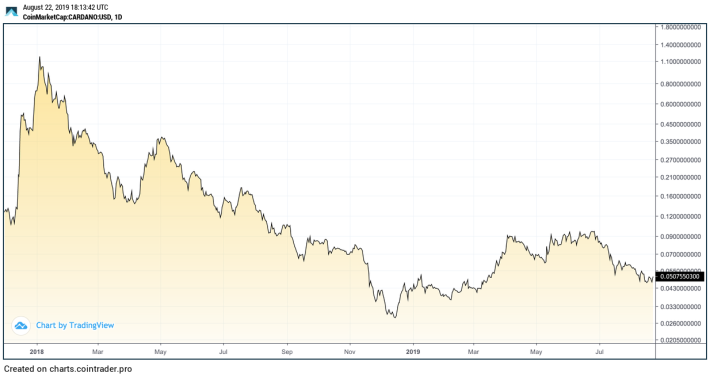 I believe ADA at $0.05 is pretty much a bargain, however, there is still some strong support below at $0.40 and $0.33 to enter at a cheaper price potentially. 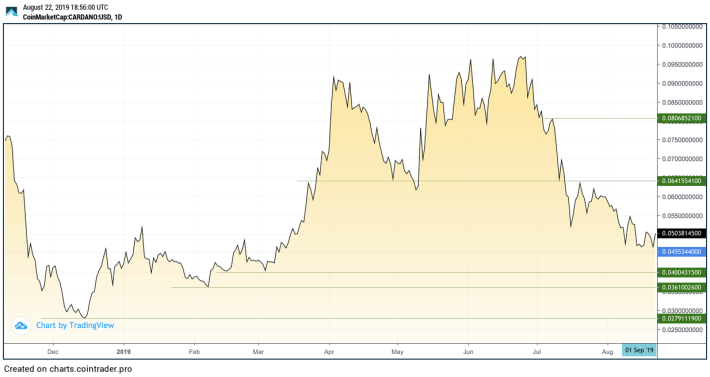 Looking a little bit closer into the 2019 trading action, we can see that ADA had surged during March as the cryptocurrency managed to reach a high of around $0.09 before rolling over during April. However, May through June, we can see that ADA continue to battle higher and managed to reach $0.1 momentarily, however, this was short-lived as ADA started to turn around when Bitcoin started to consolidate.

Over the next few weeks, we can see ADA crashed alongside the rest of the altcoin industry as the market dropped by over 50% from the highs above $0.09 to where it currently trades at $0.05. IMO opinion it is a great price to buy but as previously mentioned there are cheaper prices at $0.40 and $0.036 (if we ever get that low).

The Cardano project is really chugging along at its own speed. It has no need to speed up development to get a product out to create revenue. Instead, they can continue along their trajectory of creating high-assured code that is research-based and peer-reviewed. If the team can continue to work as consistently as they have been doing we can expect Cardano to continue to slowly grind higher. Furthermore, with the amount of money that they must still have to deploy and the leadership provided Hoskinson, we can expect this project to hit the top10 in 2020 and POSSIBLY even the top 5.