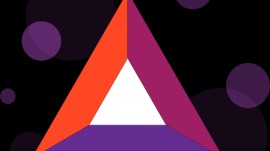 How we can benefit from Reward Systems

Cryptocurrencies,where can we expect to find them in the future.I mean how is it gonna work? We already see some incorporations of them in websites like PublishOx,Presearch engine and some applications like Brave Browser,Airdrop,WeNano and so far is only being used as a reward system to engage people to pay attention to their website ,service and more and it's actually really effective.Lets take brave browser as an example we already use a browser to surf the net and the idea of getting a small amount of earning as a token a respect for the loyalty we show as users to this browser it only attracts people to use this one instead of other ones,it is a great marketing strategy and we will tend to see that in future development of other services that will be bulid with with a reward system as well ,maybe chrome will create their own tokens aswell.
I love the way this system actually work because in platforms like instagram,Youtube only content creator s get something but we all know that for them to earn they need an audience people who support what they put out out there.The tiling system is actually a win-win for both sides ,the creator got to be more undepenable and I believe that will affect the quality of their content .I believe the reward system will have a massive role in the gaming industry as well were there could be crypto token instead of gold coins in the game that it can be gained by winning tournament or completing secret missions but one thing I don't believe is gonna happen is that they won't allow you cash out from this but instead these tokens could be used to purchase games in platforms like Playstation Store ,Xbox,Steam and much more.Overall this really exciting and inovative to see come true it has a lot of potential and It will help cryptocurrencies establish a place as a medium of digital exchange