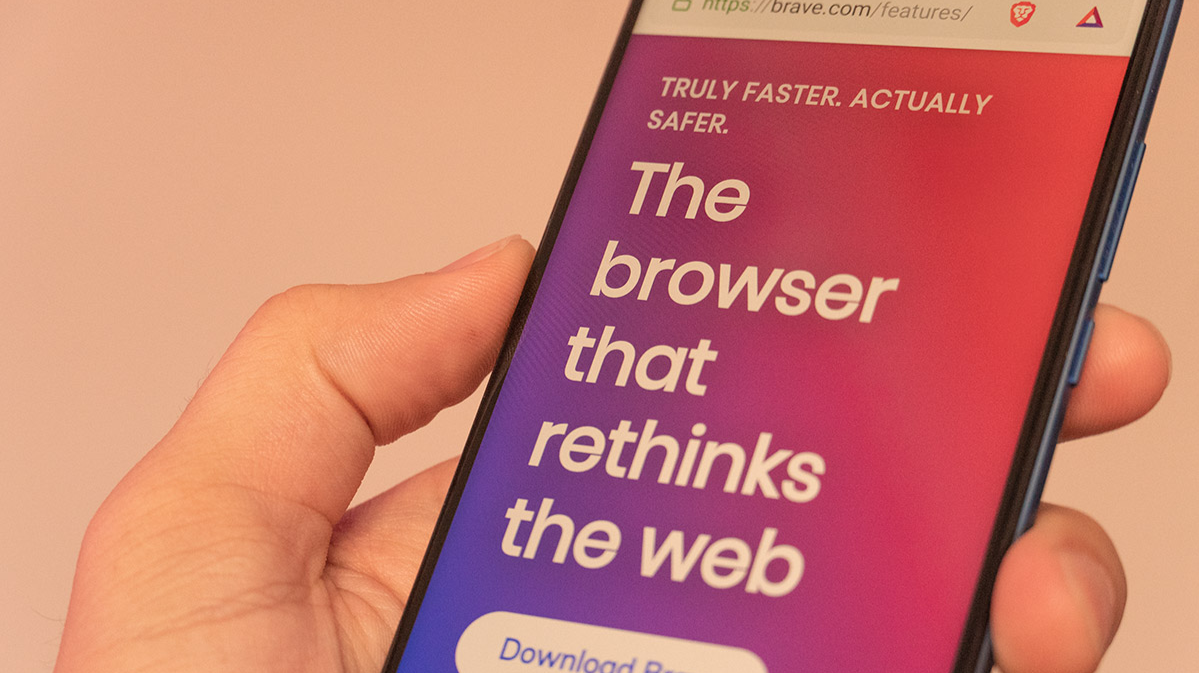 Why Brave Should Lower The Minimum BAT Tipping Threshold

So far I feel the biggest issue with BAT integration with the Brave browser is with the minimum tipping threshold. This really wasn't an issue before BAT was integrated into Twitter, Reddit and Vimeo. At an average value over the past year of around 25-30 cents, tipping someone's website or YouTube channel one BAT, or even five or ten, really wasn't a big deal. But now with individual tweets and Reddit topics able to be tipped, I feel it's a big issue. Currently, the lowest allowed tip amount is one BAT. To make matters worse, the next allowable tipping amounts are five and ten BAT, disallowing for any amounts in between.

Even though right now one BAT is valued at only roughly 20 cents, nearly everyone who's been in the crypto market for more than a couple months expects it to rise significantly in value in the relatively near future. With the Bitcoin halving approaching in less than a year, most people expect to see a significant rise in the overall crypto market cap value and thus the value of promising (and let's face it, even a lot of not so promising) tokens. This makes tipping a whole BAT for a tweet that you like, not very appealing to many, and generally severely limits the number of tips that will take place on the social media sites BAT is integrating with.

If for instance, someone posts a meme you like, maybe you don't want to tip a whole BAT that could potentially be worth close to a dollar in six months time. But if you could tip them five cents--or even two or three cents-- worth of BAT, you'd be more likely to do it. It may seem like a minuscule amount, but consider the following three points. 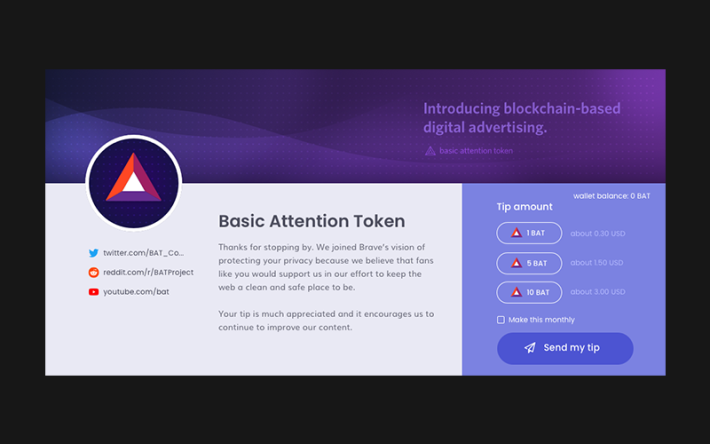 Ideally, the tokenomics of the Basic Attention Token would have been set up in such a way that one BAT would equal closer to five cents, rather than the one or two dollars it may eventually reach (though this doesn't mean it would settle there long term) so as to be more compatible with micro-tipping. Then users wouldn't need to resort to using fractions often, or even possibly ever. Using fractionated amounts seems to be the only way to allow smaller tip amounts going forward.

The issue of lowering the minimum tip amount has been brought up in the Brave Community forum a few times, and the team has said customizable tipping is something they would work on, but doing a search on the forum now, I cannot find any mention about it from the team since January of this year.

There is also the question of whether or not the Ethereum network on which BAT runs will soon be able to scale enough to allow for a high volume of micro tipping transactions. If not, that would be a shame and will severely limit the growth and adoption of an otherwise very cool concept.

What are your thoughts on this topic? Would you be more inclined to tip on Twitter, Reddit, etc if you could tip a tweet or thread less than one whole BAT? Is BAT going to be truly scalable for wide use micro tipping and payments to help usher in mass adoption of cryptocurrency? I'm curious to hear your insights.

If you're not already using Brave and want to try it, you can get it here