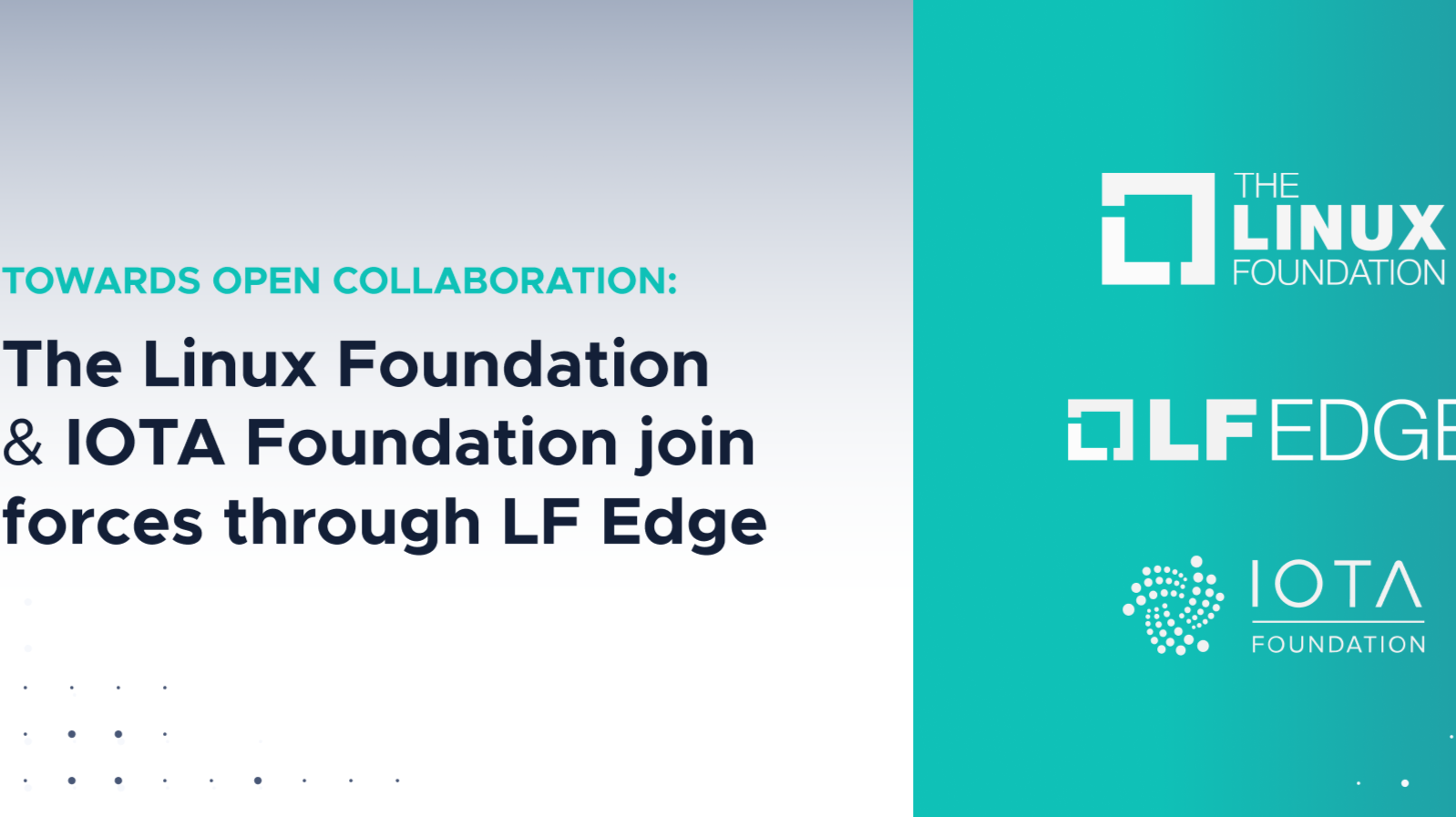 The Berlin-based IOTA Foundation is shaking hands with Linux Foundation under LF Edge, in an attempt to promote IOTA’s adoption in North America.

The non-profit organization behind the most intriguing distributed ledger system we’ve experienced so far has been working in the shadows for some time, focusing on tech progression, and the development of real sustainable, future-proof solutions for the Industry 4.0 (I.4.0) utilizing home-bred cutting edge DLT which enables autonomous machine to machine micropayments tailored for the Internet of Things (IoT) economy.

After the long-anticipated launch of the IOTA Data Marketplace, essentially the first autonomous decentralized marketplace for intel, digital assets, and cryptocurrencies between smart machines and humans (m2m, m2p, p2p), IOTA is pushing forward with another impressive endeavor. According to IOTA, the company will be implementing the Edge X Foundry into its network operations.

The project which is supervised by the Linux Foundation, also behind the famous Hyperledger blockchain, is fostering collaboration across multiple industries including but not limited to: industrial manufacturing, smart cities and governments, energy, transportation, retail, home, and building automation, automotive, logistics, and health care.

The main goal is to create standards regarding hardware and software to be used in the future of IoT and edge devices and services on a global scale, always in accord with some of the world’s leading experts in open-sourcing, and intelligent operations such as Linux, IOTA, and Hyperledger themselves.

“Collaboration with IOTA Foundation is another example of the power of collaboration in the open-source community and the ways in which our communities can grow stronger together,” says Arpit Joshipura, General Manager of Networking, Edge, and IoT at the Linux Foundation.

The Linux Foundation itself has been a leader in the Open Source field pretty much since the beginning, considering the foundation is behind projects such as node JS, Hyperledger (which is a joint effort with IBM), and Zephyr among hundreds of other projects directly or indirectly shaping our everyday experience with the digital world.

IOTA’s architecture is its key element missing from traditional blockchains

IOTA is not considered a unique DLT project only because it is focusing on the already-established IoT industry, which an undeniable part of future societies, but mainly because of its unique approach when it comes to the decentralized network.

Unlike most traditional cryptocurrency projects that utilize blockchain protocols of the past, IOTA is relying on the Tangle, an in-house network that follows a directed acyclic graph architecture instead of that of a blockchain, hence it is many times called just the Tangle and not a blockchain project.

Some of the key differences the Tangle offers compared to its blockchain counterparts is infinite scalability, unlike that even the most sophisticated chains including Bitcoin‘s and Ethereum‘s respective networks. As well, it is the only viable cryptocurrency that has zero transactions fees when traded internally and not using a third-party cryptocurrency exchange, eliminating almost any other cryptocurrency that still relies on mining processes subject to extreme energy consuming, and therefore requiring fees.

IoT is still in its infancy, but when you see companies like Samsung, Porsche, BOSCH, just to name a few, you know that it’s not just speculation as observed with most DLT projects.