The Crossroads of Economics: Bitcoin, The Dollar, or ? 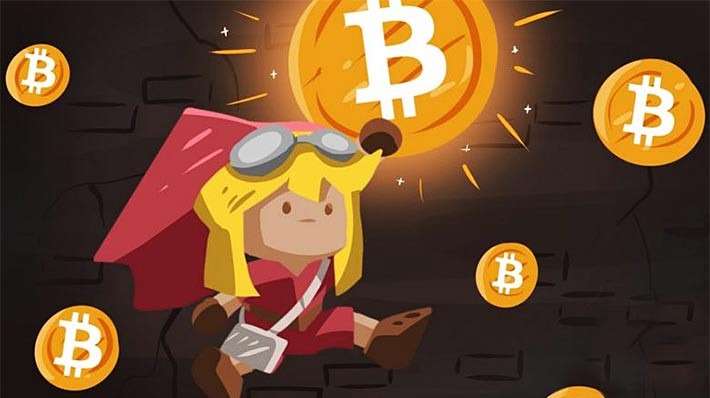 The Crossroads of Economics: Bitcoin, The Dollar, or ?

As Bitcoin makes a push to salvage itself from the depths of the $30,000 level, I am starting to think we are in a much different place than I first calculated. We are at a crossroad. A point in time in which the world has no clue where it is heading, there is no longer a clear path, a direct route to the next evolution of technology. Right now, we as humans, as people, are lost. For many technology is integrated seamlessly in our lives yet for some the technological advancements we are heading towards are overwhelming and too "complicated" to fully appreciate.

The Internet took hold in the early 2000's, with many people doubting it's long term violaity. The Internet continued to surprise and has become a staple in people's daily lives. Yet the Internet unlike cryptocurrencies was inevitable. It was an upgrade of communications and researching that was long needed and much overdue in terms of the pace in which other sectors had been already improved, i.e. the telephone, television, and transportation. Yet cryptocurrencies are not as expected, an inevitable sure, but not like the Internet. Upgrading our common currencies such as the US dollar was never thought as something that would need to occur. I am stressing the word need. The dollar would always lose its paper and coin base shells at a point and go digital with the rise of the Internet but the dollar vanishing all together was never consider in terms of the inevitable. But as I sit here typing today, the reality of the dollar continuing at its current trajectory and pace seems unlikely. The dollar along with all global currencies might be due for upgrades. This is where the crossroads meet. Where do we go from here? How do we eliminate the dollar, the euro, the pound, etc.

Well for starters, we don't. The US dollar along with all global currencies are most likely here to stay, the global communities will not just throw in the towel to some guys with digital coins, no. What will, and it has begun in some third world countries, is that countries will start transferring their own currencies into digital tokens. There is no longer a reason to have paper money, it's a waste of tax dollars. Every penny that is minted in the United States loses the US more money than the value of a penny, an absolute waste. So you might be asking yourself if the US spends X amount on printing US currency and essentially is losing money because of said currency why would they not go digital. Well there are a couple main reasons.

I am jokingly using the term old people for the old generation who holds the majority of wealth in the United States but in the same token, old people are the main cause stopping countries from changing our current financial systems into digital systems. Currently how our financial system, and I will stick with the United States for simplicity, operate is very simple. Step 1, open a bank account in which you do so through cold hard paper cash or a check that is connected to another person's bank, simple, easy. Step 2, most Americans refuse to pay for anything without a credit card, so I will put this in at step 2. Step 2, get a credit card, a card that will give you a line of credit to purchase items, those items will eventually be charged to you but not immediately hence why so many people are in credit card debit. Yet other than a bank in which you hold your money and a credit card and/or debit card to spend said money there is really nothing else you need to save, spend, or transfer your money. So what if I told some of the richest people in the world, forget all of that, forget your very simple old ways of thinking and buy a cryptocurrency like Ethereum and use that to buy things instead. They would look at me like I am insane and for good reason. From their point of view cryptocurrencies are the devil, they flip how they have been conducting and operating business for years. But here is the real kicker, cryptos even though much more violatial than any common currency, are much safer, faster, and you can make money, a lot more than anything a bank can provide, by just holding them. Yet if you have 47 million dollars in your bank account you do not want it changing every minute of the day, going for 47 to 56 and then down to 45. No, you would lose your mind watching your money go up and down every other minute. So what's the solution? It's very simple, change the game. US Tether is attached to the US dollar, it doesn't go up and down, yet has no real purpose other than keeping people's money level and right now the only reason people are putting their money into cryptos are to make gains. So this leads us back to the crossroad we are at. People only want to make money on cryptos and not use them as financial tools, the main reason why many see potential in them for the long term. In the short term, however, they are being played like stocks, make their violiaty and their main nock even greater. So again I ask, what is the solution? Well, I took some time to ponder what could be a potential solution, and honestly the current system that people use today might be the best. Put your money in cryptos and then when you are done and have made the gains you want, pull out into US Tether or any other tether and wait to enter again. The issue with this is that cryptos will continue being treated as stocks or investments and not financial devices. The infrastructure needs to be developed and built for cryptos so they can be used as financial devices to buy and sell items that are beyond the digital realm and this where my reason #2 comes into play.

Currently, you a crypto holder can not go into Target and spend your Bitcoin on a new T-shirt. Also why would you spend your Bitcoin, that is like selling your shares of Tesla to buy a t-shirt, you would just spend the money you have in your bank. As of now there is not the financial infrastructure in which Bitcoin will be treated as currency. Right now, all cryptos are just stocks in which people can make and lose incredible amounts of money. That is not to say that there isn't potential with cryptocurrencies, far from it. There is exceeding potential with cryptocurrencies but with the current lack of infrastructure in the financial sector for cryptos to thrive it might be quite some time until we see Ethereum and Bitcoin used to buy a T-shirt.

The digital pony show that exists in which cryptos thrive. Last night I was playing Call of Duty, a game I have played since I was a teen. My friends were offline as most of us rarely play but I needed a break from life, so Call of Duty became the escape for the night. As I was playing I heard my teammates, unknown strangers to me, on the mic. It was two 7 year olds, 7! I was shocked, two kids playing out of their mind and then I thought. These kids, like my nephews and nieces grew up in a digital realm, all they know is digital. My nephew when he was 3 playing Minecraft, building castles and roads from him and his friends to play. I thought even more, and in my thinking I saw the light in which cryptos thrive, the digital realm. So yes, cryptos might not be included in the near future as global changing financial tools, no but what they might become and have already become is digital trading assets. Kids today and even young adults today are trading digital assets for digital assets, material assets, money, etc. It is incredible, the future does not live with the older generation but with the kids that I was playing Call of Duty with, those are the people that will make decisions when it comes to digital assets such as cryptocurrencies. These kids, like many before me, grew up in the digital space, that is what they know, cryptocurrencies and digital assets are second nature to them. So sure, cryptos might not be the future now, but they are certainly the future. Take time, do research and find out what cryptocurrencies are going to be apart of said future. The cryptocurrency revolution is far from over, it's just beginning!

Happy trading everyone, my next post will be about cryptocurrencies that I think will do well in the next 10 years, yes 10! Cryptocurrencies right now are just stocks and if you want to make some real gains, 10 years is the mark I want to hit and you should as well.

Cryptos and The World They Live In

Me, some guy talking about cryptos.