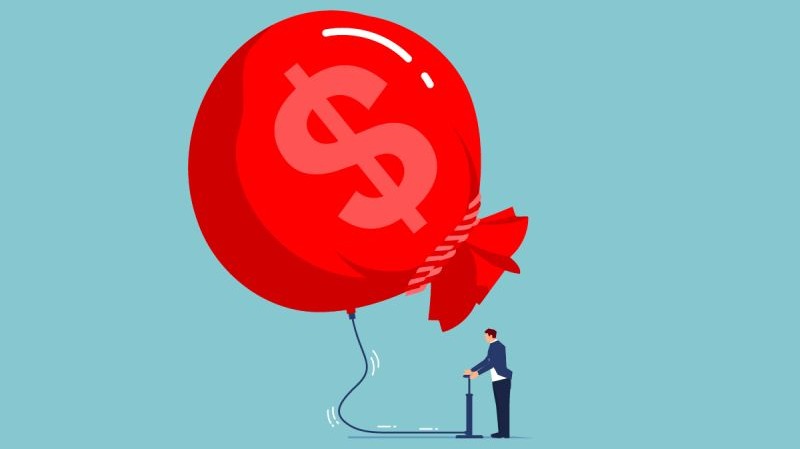 Inflation, China, and How This Affects the Crypto Markets

The current crypto market outlook is looking much more bearish than bullish. Bitcoin broke its low support of $40,000. I have no given up on the market because technical analysis never tells the full story, however, concern is absolutely there. Now lets get into the meat of the article starting off with inflation. We hit 8.5% inflation, a 40-year high, not good. 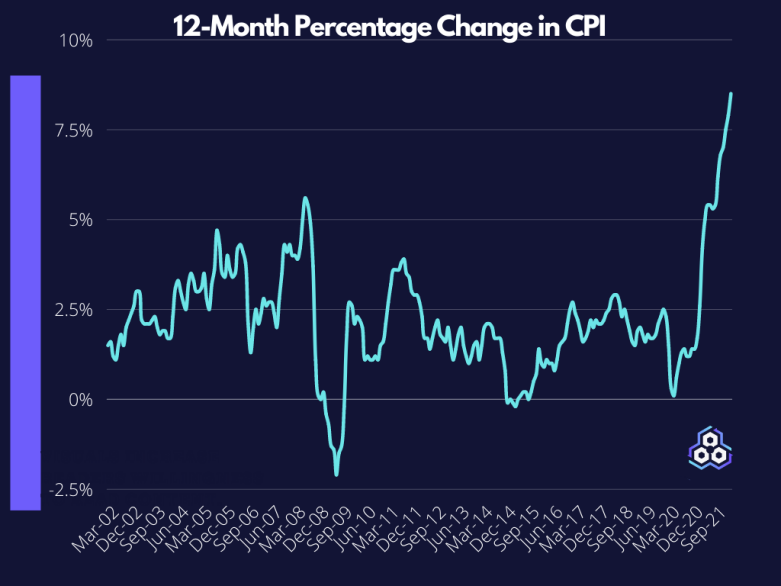 Looking at most charts other than this one you would be excited. A chart that shows a rebounding stock, bound or economy. Except this is neither of those things. This is the United States' CPI or Consumer Price Index, simply put this shows the current inflation in the United States. 8.5% is the latest number from the FED who has been trying to tamper down inflation. Last time we had inflation at 8.5% Ronald Reagan was the president, MTV had just released, Larry Bird won his first ring and the Lakers were gearing up to dominate the 80's in basketball. Life was exciting and the possibilities were endless.  In today's atmosphere the risk-to-reward ratio for inflation is much lower than it was in the 1980's. In the 1980's America had a promising future with massive sector of industry ready to begin manufacturing clothes and shoes to computers. Today, we are limited in mobility, the United States came roaring back from the pandemic and kicked the metaphorical can down the road. We are now at the end of the road, we must deal with the high inflation rate in the United States. This comes at the expense of interest rates which in turn will have an effect on the stock market, as we have seen in recent weeks. When it comes to the crypto market even though it is a global market, the United States' increasing interest rates will effect the liquidity that people will want to have. I believe cryptocurrencies to be near liquid if not liquid yet they are still considered risky assets by most. Risky assets are typically the first to be sold when the market starts to dip, hence why many are selling their crypto holdings in the recent weeks.

"The situation in Shanghai is scary. Reports of millions struggling to feed themselves, elderly unable to access medicine, videos of small riots breaking out circulating on social media. Many households relying on inadequate government food deliveries from Michael Smith via his Twitter @MikeSmithAFR. Many are convinced that China's strongarm tactics against their own people is to protect them from the omicron virus yet in reality this is the subjugation that the Chinese people are forced to face to have them continue to work for almost nothing. China is the dominate super power in production to remain there you need people are willing and able to work. China is trying to forcibly regrow it economy by forcing it's citizenry to suffer and work so that the 1% in China can thrive. China's digital and physical walls have lost their strength, information is now getting in and out of China showing the Chinese people that there is hope and showing the rest of the world what China has done to move into one of the greatest super powers in the world. Many Chinese citizens have used or are currently using the blockchain network to exchange information and money. This is one of the reasons why China has decided to crackdown on cryptocurrencies and the blockchain network.

We are at very interesting time in the world, many have seen value in digital assets such as cryptocurrencies, NFTs, and blockchain networks. China's "ban" on crypto to the United States' updated tax code, countries are looking how to control and balance the sleeping giant that is digital assets. This bodes well for fans of digital assets yet this also might further delay the future that many are buying cryptocurrencies for. Time is everything. Be patient my friends.

Cryptos and The World They Live In

Me, some guy talking about cryptos.