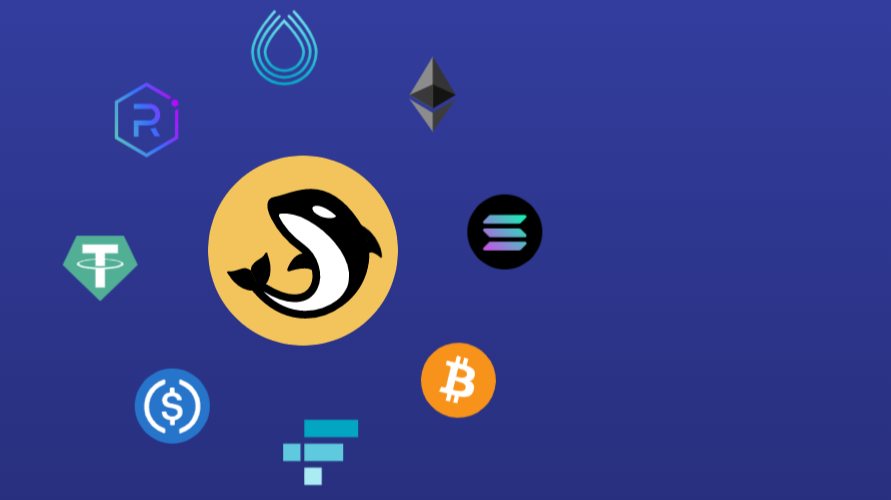 A few days ago I wrote a short review, here, of a wee DEX I'd found on the Solana ecosystem, called Orca. There were lots of features to love on Orca, which I covered in my previous review, but today I am going to talk more about ethos.

Today the cryptoverse is flooded with pump-and-dump meme coins, which—no matter how we try to dress things up—are little more than ponzi schemes: rewarding those who—by chance or design—time their entry and exit points to extract maximum value from the rest of the holders, who are left holding worthless bags of tokens all the way down to zero.

Other questionable practices centre around token launches, where private and public pre-sales and subsequent CEX listings see investors paying different prices for tokens, with little transparency as to who the private holders are, how they were found, why they were chosen, or what they paid for the same asset.

Now Orca is a DEX so of course has a use case, so I do not draw a direct comparison between Orca and meme coins, but rather mention the latter as a way of setting the worst of the crypto universe in juxtaposition to Orca.

Orca is different, Orca's launch followed a model designed to reward its long standing supporters and liquidity providers, who simply received the token via an airdrop directly to their Solana wallets. For others the token was only available to buy on the Orca DEX through the native AMM (Automatic Market Maker) meaning everyone paid the same price, with no hidden private sales or preferential prices for unseen investors.

The token is also distributed as a harvestable reward in seasonally weighted liquidity pools called Aquafarms. Periodically the liquidity pools qualifying for Aquafarm status are rotated to ensure fairness and boost liquidity.

Orca is in the midst of its first governance vote, which will run between August 23–31, and is open to all that held Orca on or prior to the 22nd August. It is one vote per user, which allows all Orcanauts, be they plankton or whales, to have their say.

The first round of voting allows Orcanauts to select which of two causes should be the first beneficiary of the Orca Impact Fund. The below is quoted from Orca's own medium account, link in resources.

As we can see Orca's maritime theming is not just a meme, but an opportunity for investors to see wealth generated from tehir investments make meaningful changes for our fragile ocean ecosystems.

Orcanauts are also rewarded with a digital collectible in return for voting, more on that next.

Imbedded within the Orca platform is a digital collectible platform. Orcanauts can earn these pleasing wee tokens by participating in the Orca ecosystem. Unsurprisingly these tokens follow a maritime theme, with each token having a limited minting.

The Orca DEX itself assigns these tokens no specific value, but the community has an active trading market for them none-the-less, with its own Telegram group and even trading on Serum. The rarer ones are held on to tightly, the more common ones are traded more freely.

My only regret with Orca is that I did not find them sooner.