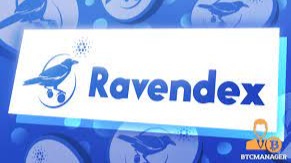 The Cardano ecosystem can be introduced as one of the well-established ecosystems which supported the many emerging platforms to enhance their performance as well. Since the Cardano is formed in 2017, The Cardano blockchain system has incredibly gained popularity among other competitive platforms to be crowned as the most populated for projects to deploy Dapps on the Cardano blockchain. Ravendex has emerged as a single utility token powered by the Cardano and it behaves as the first multi-protocol Defi platform system.

A non-custodial exchange platform is a crypto exchange platform whose custody of its wallet is fully controlled by its users. Ravendex is a non-custodial Decentralized Exchange on the Cardano Blockchain where it has further evolved as a decentralized automated market maker protocol and it will enable users to swap and trade native Cardano tokens. It has the aim of solving two main issues faced by the Cardano ecosystem after becoming the one step Defi hub while focusing primarily on two main features. Thereby, it is expected to create the value project establishment in the Cardano ecosystem.

Ravendex is well established in the Cardano Ecosystem and it leverages its high transaction speeds by applying low fees to build a scalable and intuitive decentralized exchange. However, Cardano has launched its smart-contract functionalities to empower new Defi projects. 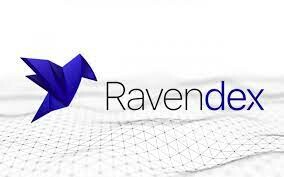 "Ravendex is a unique project, where users can lend their assets to a pool while earning interests. Furthermore, anyone can borrow within the platform as long as they provide collateralized assets.”

It is an open-source lending protocol which is built on the Cardano blockchain and is called itself as one of the earliest DEX as well. Investors are encouraged to earn interest for their deposited assets with this non-custodial liquidity protocol. RAVE tokens can be earned for lenders after depositing cryptocurrencies in a pool.  Algorithmically, interests are generated for the RAVE tokens held by the user. Ultimately, higher interest is generated for the higher volume of tokens. 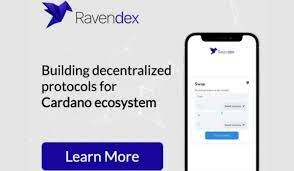 Cardano smart contracts are used for token transactions in order to lend into the pool. The users are accessible to borrow the assets just after the coins are deposited into the smart contract. Due to this kind of facility, Ravendex is so effective for the project developers whenever he requires to move their native tokens from Ethereum to the Cardano blockchain so they can privilege the low fees compared to other platforms.

It is a significant fact that the famous EUTXO model is used by the Cardano Blockchain cross-chain exchange which has unique features for its ability to differentiate the liquidity among the different assets in the Cardano Ecosystem.

Hi, I'm Kavi Shehara, interesting in writing articles on crypto assets. You can keep updated with my articles all the time.