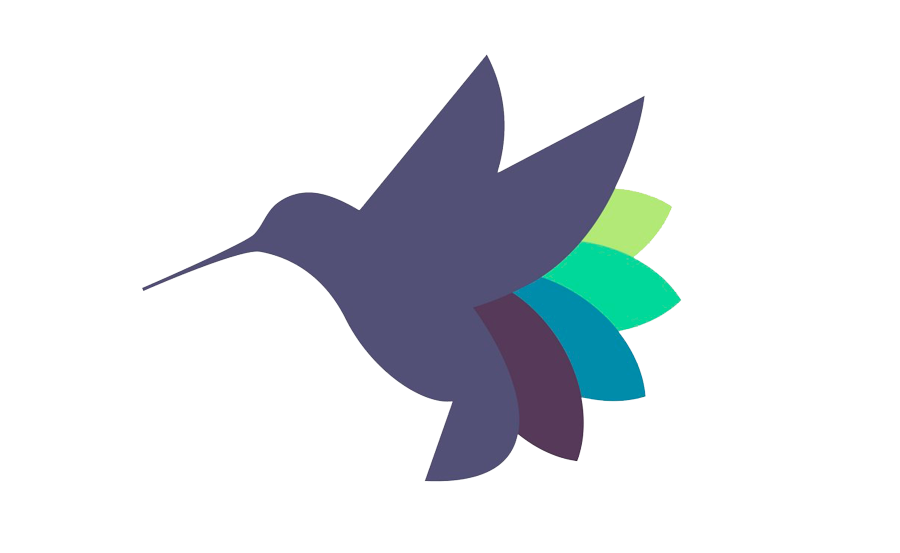 The gist of [Mark] Warner’s statement is undeniable: The average holding period for stocks has eroded greatly during the past 56 years.

The specifics of Warner’s statement, however, need a little elaboration. Estimates by Credit Suisse jibe with Warner’s claim that shares, on average, now are held for four months. The World Bank estimates the holding period now is about eight months.

The first, bold statement was deemed to be mostly true by the fact-checking site Politifact. It isn't even close to being debated if this claim is backed by Credit Suisse and, in its outlines, confirmed by the World Bank. Introduced as an instrument of funding a project by allowing people believing in the mission itself or at least into its economic success to participate in this operation, a Win-Win-Win situation for everyone: The company receives the funds needed to run a project (or it's general operations), the investor, big or small, nets a profit and our entire economic system benefits from cash being in circulation. Other sources claim average holding times of 11 to 22 seconds, with most of the trade volume being in the realms of split-seconds; there is no way any company can build any kind of operation in this kind of time. Looking at things from this side, it's understandable that there are efforts to put company operations under control of Committees as someone "investing" into a company for less than a minute has no way of influencing the company's decisions considering the long-term impact.

Maybe there's someone at least trying to put up a good reason in favor of high-frquency trading? There is!

The daily volume of shares traded on the stock market has been increasing for decades and this trend is generally considered a positive movement for the health of the markets. The more movement that changes the price of the stock, the more accurately valued the stock will be.

Alright, let's assume for today that high-frequency trading is a good thing as it gives a more accurate view on any single asset's value.

Watch out! This post is not financial advice, nor does it free you from obligatory Own Research.

in easy words: "[T]he market is fully designed to wipe out small player’s accounts" Having read this warning, proceed at your own risk.

Let's do the timewarp (again): In 2008, bankruptcy was filed for the Lehman Brothers bank, triggering a one-day drop of 4.5% to the DOW Jones, a drop that may be compared to the 2001 attack on the World Trade Center. In a nutshell: Wrapping packages of bad mortgages and utilizing these to back financial positions on a big scale turned out to be a bad idea and led to The Great Recession. While this Recession can not be traced to any single person being behind it, there must have been people who have build the things leading up to it - one of those people, tasked with the structuring of subprime mortgage packages after graduating from College was Michael Feng. Some people run their first car into the single phone line connector for an entire village, some people break the global economy - we've all been young once, let's just assume that you need to break things to learn how not to do it.

Across all changes in society, banking systems have proven to be the most robust to any outside influences; keeping its basic structure unchanged for hundreds of years; nearly untouched by small disagreements between countries to full-scale global wars. Some of us have, despite all its shortcomings, recognized the Bitcoin as a spark in a possible financial revolution, leading to the non-giving of Ether and eventually the creation of the MakerDAO. Wait a moment, an old saying states that "Loans are only granted to people who do not need them" and digital currencies led to a fully automated process of granting loans to people who do not need them, removing the negibility treshold? Sherlock! Maybe there's more ways digital currencies can grant access to things that have not been available before?

Michael moved on from global finance, enrolled in an engineering master's program and in collaboration with a friend created a working system to extract tables etc from PDF documents, which was eventually taken over by a major PDF-handling company. Like most people who did a successful start-up once, Michael needed another shot and became co-founder to CoinAlpha.

Long story cut short: Despite the shortcomings of the traditional investment banking structure, creating a public blockchain-based fund protocol was no good idea, even while having a minimum investment of (at that time) $6,000 in Ether, as publishing news around the technology behind the fund was something the SEC deemed general solicitation. To avoid further complications the blockchain-based fund had to be closed.

We learned a hard lesson: in finance, the “move fast and break things” approach doesn't work. From this experience, [we] now advise other crypto startups to comply with the most conservative level of regulatory guidance possible rather than assume that you're going to fly under the radar because you're small. 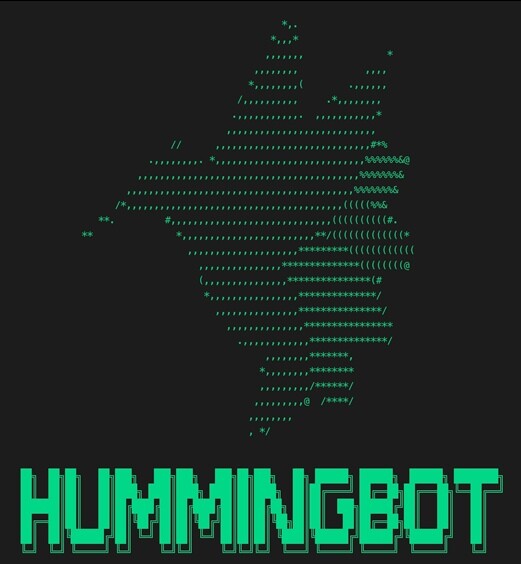 Cryptocurrencies as we know today may well be a disruptive technology, with Bancor bringing banking to people who have been cut off the financial world, lowering the cost of international payments and the creation of hundreds of exchanges allowing to trade pairs of thousands of Cryptocurrencies - and anyone being able to trade directly on an exchange. Either through the human-readable web interface or an API socket. API sockets allow for a Publish0x to fetch data from Coingecko to have a live price feed in your post or a mobile phone app to fetch your holdings on a given exchange, place or take orders. Wait a moment, API sockets allow for applications to place/take orders? Several thousand Cryptocurrencies (at the time of writing this line: 5,079) are traded on hundreds of exchanges? These exchanges can be accessed by just about anyone? There must be some good idea hiding...

Traditional financial markets are controlled by investment banks, broker dealers, quant hedge funds, high frequency trading shops and other very specialized organizations; any single individual can only gain access to exchanges by opening an account with one of these institutions. As opening and maintaining an account involves some work, everyone who is not able to hit the minimum deposit and maintenance fees needs to move further down the line, all the while leaving some of the possible gains with a middleman providing access to those exchanges, each level incurring more and more advisory talks being held and papers to be signed to meet banking regulations; all to make sure that you have understood that you may lose every single cent you put into this game.

In Crypto-space, though, every individual has the ability to gain direct access to any market; leveling the playing field along the way. Specialized Institutions are left with some advantages, though: by sheer volume, they're more likely to sustain a living from trading and they tend to employ people who are familiar with trading on a large scale. The basic algorithm is easy to grasp, "buy low, sell high" - but once you dig deeper into things, you will realize: you're running out of time, taking care of a trading business while doing your muggle job and taking care of your laundry.

...enter, again, CoinAlpha: After breaking the global economy and running a blockchain-based fund, Michael and his team began working on an open-source high-frequency trading bot, The Hummingbot.

You got the idea? You won't be able to trade directly on any of the traditional exchanges and even if you did, you'd have a hard time competing with the Wolves of Wall Street. There are some major financial institutions involved in cryptocurrency trading but they're mostly market-making on the biggest trading pairs - according to CoinAlpha's experience, the hassle of providing liquidity to minor tokens and currencies is just not worth the trouble: "If you can make a market for Apple and Facebook, why bother making market for some pennystock?"

For smaller markets, individuals and smaller firms are better suited to be market makers.

According to their ethical approach, CoinAlpha is focusing Hummingbot development on a strategy that's probably less risky than others, a mix of arbitrage and market making, "cross-exchange market making". In the beginning of this post, I've taken the assumption that simple trading may be a good thing as it's keeping assets more accurately priced across exchanges. By adding liquidity to minor markets, you take the higher-risk role of a market maker - and by straightening out the cross-exchange prices, you take the less risky role of an arbitrageur, moving your gains into a safer position. This is already being done in Crypto-space by many layman traders, CoinAlpha is running the experiment of creating a well-documented open-sourced market making bot, something which has not been done before.

While you can install and run the Hummingbot in most major cloud computing environments to ensure high availability and low-latency connections to the exchanges served, you can control the bot using its Telegram integration: this is extremely helpful as you may encounter situations in which you want to perform an emergency stop.

This scenario has, to my knowledge, not been anticipated:

With hardware getting less expensive, we gained broad access to the internet thirty years ago.

With broad access to the internet, we have seen the rise of very young giants like Alphabet/Google, Facebook and Amazon; each in their own way attracting more people to make use of the internet twenty years ago.

With massive access to the internet, we have seen the advent of Bitcoin and freely accessible exchanges ten years ago.

By putting these pieces into their place, a bot trading cryptocurrencies on freely accessible exchanges utilizing the free tiers of Amazon's Web Services, Azure, Google Cloud or Digital Ocean the field for financial trading is leveled - each of these platforms is offering a 12-month free trial period which provides sufficient resources to run an instance of Hummingbot, this should be enough to determine if the markets you choose to make yield enough profits to leave the free tiers. The only thing left is providing liquidity to your own instance of the Hummingbot, either by earning cryptocurrencies here on Publish0x, by using the Brave Browser, or by working some extra night shifts. Everything you need is right here - your only job is to put some bolts and wires on. And, please, do your own research - I deliberately did not link to Hummingbot's installation instructions; if you do not find them here, you did not do your own research yet ;)

Remember: Hummingbot requires some maintenance. If this is not your style, providing fire-and-forget liquidity to Uniswap might be your bottle of beer instead.

Back to the Future

As the Hummingbot is a fast-moving target, I won't go into details here. On the roadmap for late 2019 are connectors to Bitfinex, Kraken, Huobi, Bittrex, Bitmex and BinanceDEX. The bot has matured over the last months, a graphical user interface and a Uniswap connector have appeared on the radar. By creating a connector to Bitpanda, it's possible to enable Hummingbot trading or hedging into fiat currencies as well as Gold and Silver - the existing connectors are well documented.