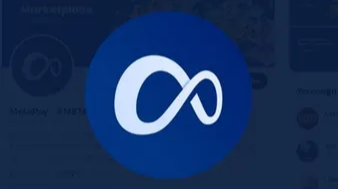 By CryptoChad | CryptoNews; The latest about the cryptoverse | 16 May 2022

One of the projects I have watched the most in the top gainers ranking is MetaPay, the definition of an altcoin aiming to create hype without any special reasons for existence. What's the goal of the project?

In today's article, we are going to learn more about the token, its volatility, and why an emotional roller-coaster shouldn't affect investments in such coins.

A few words about MetaPay.

MetaPay is the token of a metaverse called "the Metaxion universe" with the goal of giving chances to new investors. MetaPay holders are able to engage in the metaverse, which is decentralized and based on blockchain technology. It can be purchased in PancakeSwap and Poocoin.

Users can participate in a variety of activities in the metaverse. Undoubtedly land purchase dominates the scene as it's the main feature at the moment. The developers are working on releasing further updates focused on avatars and other important details.

As shown in the roadmap, MetaPay has already completed the 1st stage and launched the marketplace demo. Its main goals are to boost marketing quality and release a complete metaverse version.

Why is it a shitcoin?

There is a simple answer to this; its volatility.

Usually, mainstream currencies maintain a stable price and a stable support zone which makes trading and investments less risky. This token does the complete opposite. As it was recently added to CoinMarketCap it soon took over the "Top Gainers" spot since its developers began manipulating the price. It has already surpassed $0.00005 many times while it occasionally reached even higher levels despite a lack of significant cash flow. The price manipulation is finished when the token returns to its original price (6 zeroes below 0) and in the meantime, investors lose money.

It's the definition of the "pump and dump" coin, trying to fool people without offering a serious solution to any particular issue.

MetaPay price throughout its existence.

I also tried to paste the token's address to the Honeypot Detector and it printed the following result.

This can always change! Do your own due diligence.

Even though the token isn't a honeypot in terms of buying and selling it, we already have enough reasons to avoid it.

MetaPay's tokenomics are quite interesting. The total supply is 1 trillion tokens. According to the whitepaper, there has already been a 20% pre-sale burn aiming to limit supply and increase liquidity.

MetaPay is nothing more than a shitcoin existing only because of its publicity. There have been dozens of manipulations without any serious long-term increase in price. The goal is to trigger people to invest in it ignoring all efforts to manipulate the price.

That's all I had for today. I hope you enjoyed the article and appreciated the effort. My advice is to remain away from coins promising insane returns while experiencing continuous volatility. This is one of them and I watch it all the time in the "Top Gainers" category of CoinMarketCap. Don't fall for this scam, it's bad to lose money in this way.

If you found this article helpful consider offering a small tip. It's provided to you for free and it's a great incentive for me to post more frequently. :) You can additionally comment your opinion below and suggest topics I need to cover (from recent news to tokens).

CryptoNews; The latest about the cryptoverse