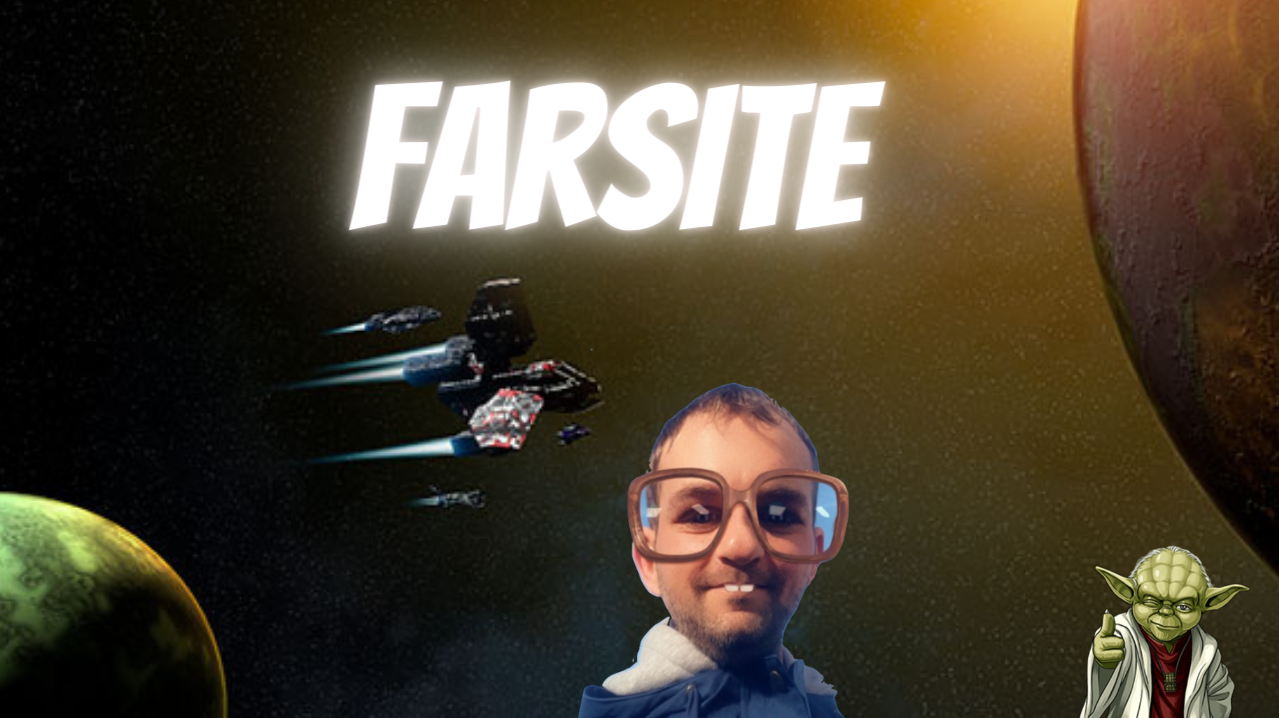 Alien Worlds was really hyped over the last days and weeks and if you got in early in this game, you were able to make a nice amount of crypto. Now the secret is probably getting in early into a game before it gets hyped.

I just found a new and promising game from Sandbox for Ethereum 2.0 that you can now register for. It is called Farsite. You can start collecting scores today to unlock rewards for the game and receive valuable game items in White Crates dropped every day.

Farsite is a blockchain-powered Sandbox multiplayer game with elements of adventure and sci-fi. The setting is based on a post-apocalyptic story.

Every item in the game is created by the player himself. He has to use materials that he found while playing the game. Components are made from resources that can be found on Asteroids and Planets. Alternatively, you can purchase them from other players.

All the items in the Farsite game are owned by players and will be tradable freely on the open market. Ownership rights are ensured by the blockchain where every item is stored in the player's digital wallet as a NFT.

Ship Hulls and Modules are the tokens created using a cNFT protocol with Credits locked inside. That allows staking 'em against loans in Credits and grants insurance for wrecked Ships.

Credits are the major and the only in-game currency. Almost every operation in the game requires Credits to be performed. These Credits can be converted to $FAR tokens at any time at 1 $FAR to 1.000.000 Credits ratio. That ratio is hardcoded in smart contracts and will never be changed. FAR tokens could be used to receive the corresponding amount of Credits with the same ratio.

All the action will take place on the Ethereum 2.0 blockchain. Farsite is being in development for more than a couple of years already but the game is still in its early stages.

You can already sign up now for Farsite to unlock the starter spaceship and earn credits by doing simple social tasks. The more Scores you have the higher is a chance to receive a Crate with a better reward. 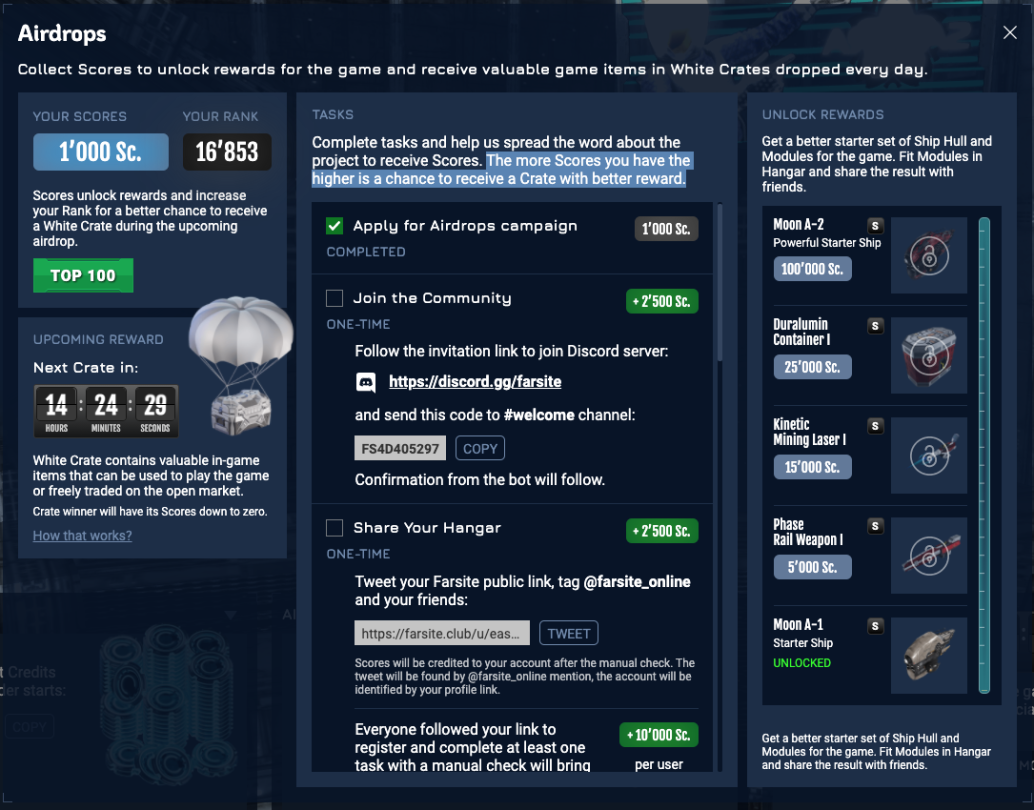 Again, the best chance for making crypto from blockchain-based games is to get in early. If you missed Alien Worlds, then here you have the chance to get in early before it becomes hype.

I hope I could provide you with some interesting and useful information about Farsite.

If that`s the kind of stuff that you like to read on Publish0x, make sure to hit that follow button. Thank you guys as always for reading, liking, following, and tipping 👍

You may also like: TOP 5 Features On Binance You Need To Know