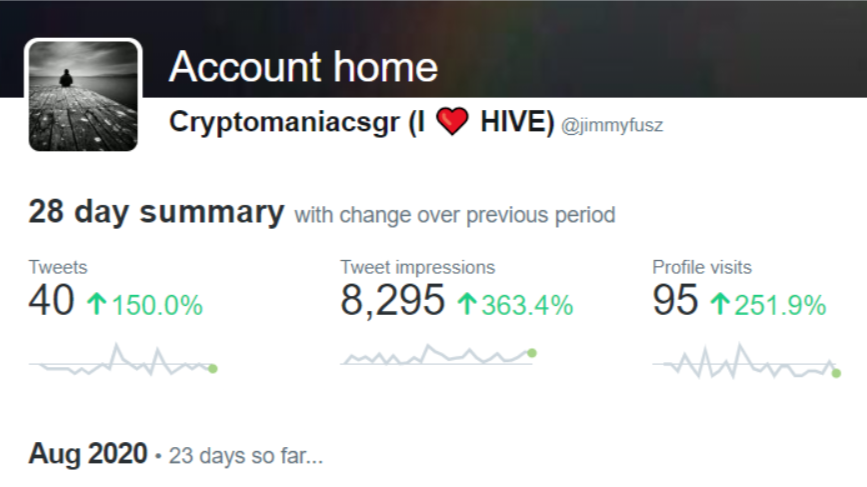 Use your POSH right

I guess that everyone here has a Twitter account (even a forgotten one) and even if he don't i suggest to make one, it will take less than a minute and can help to bring awareness about our beautiful and evolving community. You see i wasn't a tweety guy and i had pretty much no followers, still, look on these numbers, it's on the rise just because i started using my account by #POSH about #HIVE.

Don't be lazy, it will take less than a minute to tweet about #hive a post of yours, a thought, or even someone else post that you liked it. I will say it once again, i was Tweet dead for years but still with that dead account i earned 8.3K impressions 90 link clicks and 53 Retweets , all of them is about HIVE! In other words using Twitter to speak about our platform is a must, the more the better, so lets crush that Tweet button!