I Hesitated To Switch To Brave For 2 Years Until I Realized It Works Just Like Chrome, but is 3x Faster, no Ads and Can Use All Chrome's Extensions 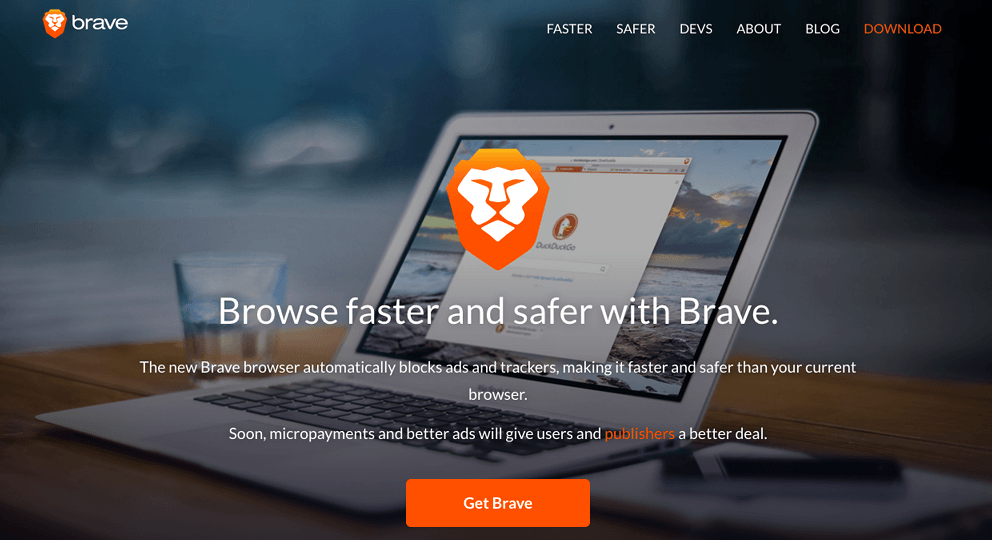 I Hesitated To Switch To Brave For 2 Years Until I Realized It Works Just Like Chrome, but is 3x Faster, no Ads and Can Use All Chrome's Extensions

I have known about the Brave browser for a pretty long time now. I have been within the space since early 2017 and have managed to be able to see just a couple of up and down swings during my short time here. Back in October 2017, I had invested a few hundred dollars within BAT after learning that this was the cryptocurrency token used within the Brave browser.

I was fascinated by the potential of Brave for the simple fact that it was created by Brendan Eich, the man who created Mozilla Firefox (one of my favorite browsers for a good few years) and the JavaScript coding language. With a man like Eich at the helm, this project was certainly heading places! This combined with the fact that Brave is a privacy-focused project that aims to bring back the power to the people creates a type of cryptocurrency project that has my full backing! Just taking a look at the introduction on the Brave homepage sums up their vision; 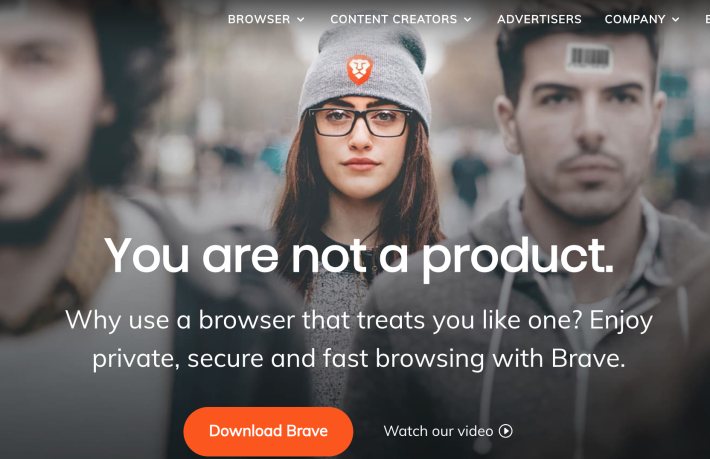 And right I was! A few years down the line, I have seen my BAT portfolio grow but most importantly I have seen millions of users starting to switch from their previous browsers over to the privacy-focused Brave browser.

This browser is slated to be up to 3x faster than Google Chrome and is designed to keep your privacy first when browsing the internet. However, even though I have been ‘involved’ within the BAT project for a while now, I still have not managed to migrate over to Brave...until now.

It has taken me this long to switch over for a number of reasons but the main was the apparent hassle involved with migrating from any browser to another. Surely it was going to take me a while to start transferring all my bookmarks, passwords and login fields? Furthermore, I have some very important extensions that I use on Google Chrome to manage some of my online stores and it did not seem apparent that they would work on Brave...But BOY was I wrong! Brave has made the entire process to migrate from your current browser super easy...like as easy as possible! Taking things one step further, Brave is actually run on the Chromium Engine (the same engine used for Chrome), so all Google Chrome Extensions do work on Brave and are installed just as easily!

Below are 5 reasons that helped me migrate over to Brave. I hope they convince you to do the same and take your privacy back into your own hands whilst browsing the web.

So after switching to Brave the claims that it is 3x Faster than Chrome become immediately apparent. I do keep a lot of tabs open, so the RAM usage is pretty much the same - which is not surprising considering that both browsers are run on the Chromium engine. However, as Brave does not spend time loading 3rd-party trackers and adverts - it loads much MUCH quicker. Even with my heavy load of tabs, Brave seems to load webpages very quickly with minimal lag.

Any time that I open up a webpage I am still amazed at how responsive the Brave browser is being able to load most websites up to 3x faster and some websites up to 8x faster than Chrome. 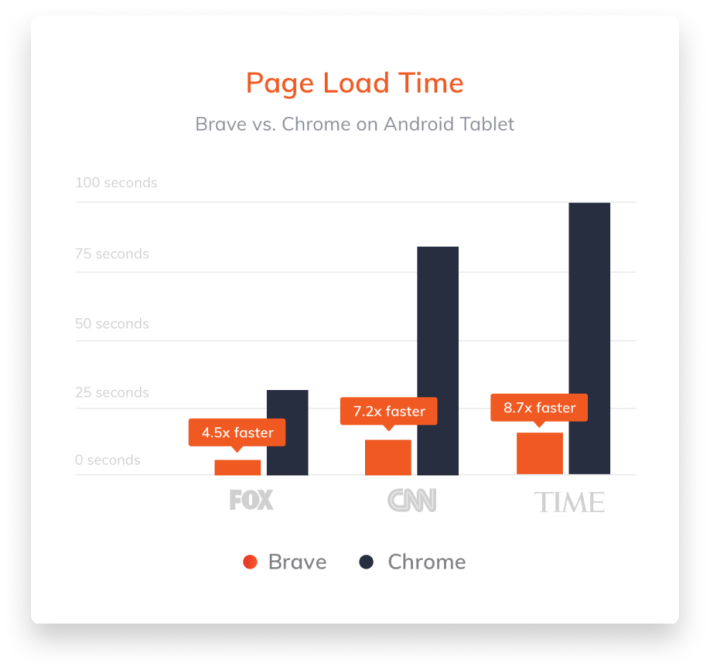 The benefit of this is very hard to realize until you actually use the Brave browser itself. Shaving a few seconds here and there might not seem much, but for somebody who spends most of their time going from website to website it really does add up!

Below is a great video to demonstrate the difference in load time for browsers - it is very enlightening.

This is a very well known feature of Brave but I feel I have truly understood it very well since switching. For some context, I have used the AdBlock extension on Google Chrome for many years now and it has really helped me out! However, with ads blocked as default on Brave, I no longer need to worry about installing this extension. Furthermore, Brave takes things one step further by blocking 3rd party trackers and cookies - something which AdBlock does not do.

Just loading up CNN shows how many trackers that are blocked by Brave as default - the number of items is much higher than what I would have anticipated. 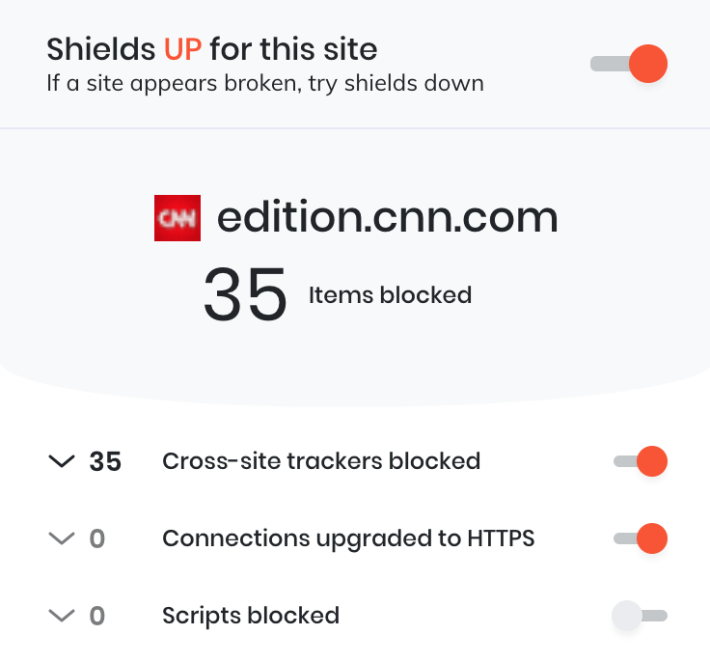 The comfort of knowing that I am secure and these adverts and trackers are now truly blocked is paramount. No longer will I have to worry about advertising cookies and trackers following me around the internet, reminding me to make that booking that I had queried weeks ago whilst I was procrastinating holiday window shopping!

3. You Can Use All Chrome's Extension with Brave

One of the major reasons that I was hesitant to switch to Brave was due to the fact that I use ALOT of extensions. I thought most of these would not work on Brave and to be fair when I was looking at Brave a couple of years ago I’m sure it wasn’t as easy to install extensions. However, after looking a little deeper into the browser I’ve realized it is SUPER easy to install extensions and MOST of the extensions work. This is no surprise considering that they are both on the Chromium engine.

You just simply head over to the Google Chrome extension store on the Brave browser and hit “install the extension” on your desired product - and boom! The extension is installed just like that! Right now you have to install each extension one by one but that is not too much of an issue.

4. One-Click Migration Saved Me a TON Of Work

This was the second biggest reason as to why I did not switch. I was mainly worried about the hundreds (possibly thousands) of old passwords I had stored - most of which I didn't even remember I had. How was I going to transfer these over? I had assumed transferring bookmarks should be easy but placed transferring passwords in a different category.

However, I was surprised to see that once I had installed Brave, they make the process very easy allowing you to choose which data (cookies, passwords, bookmarks etc) you would like to migrate and which you would like to leave behind - all done in One-Click!

Let’s face it, dark mode is required on all applications when you are spending long nights behind the screen on a regular basis. All hail dark mode! 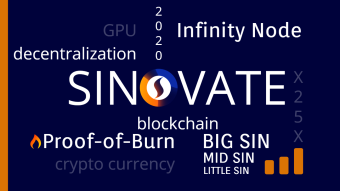 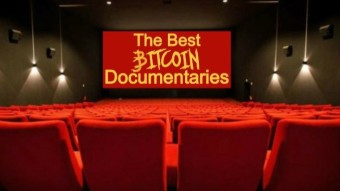 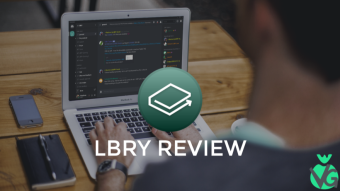