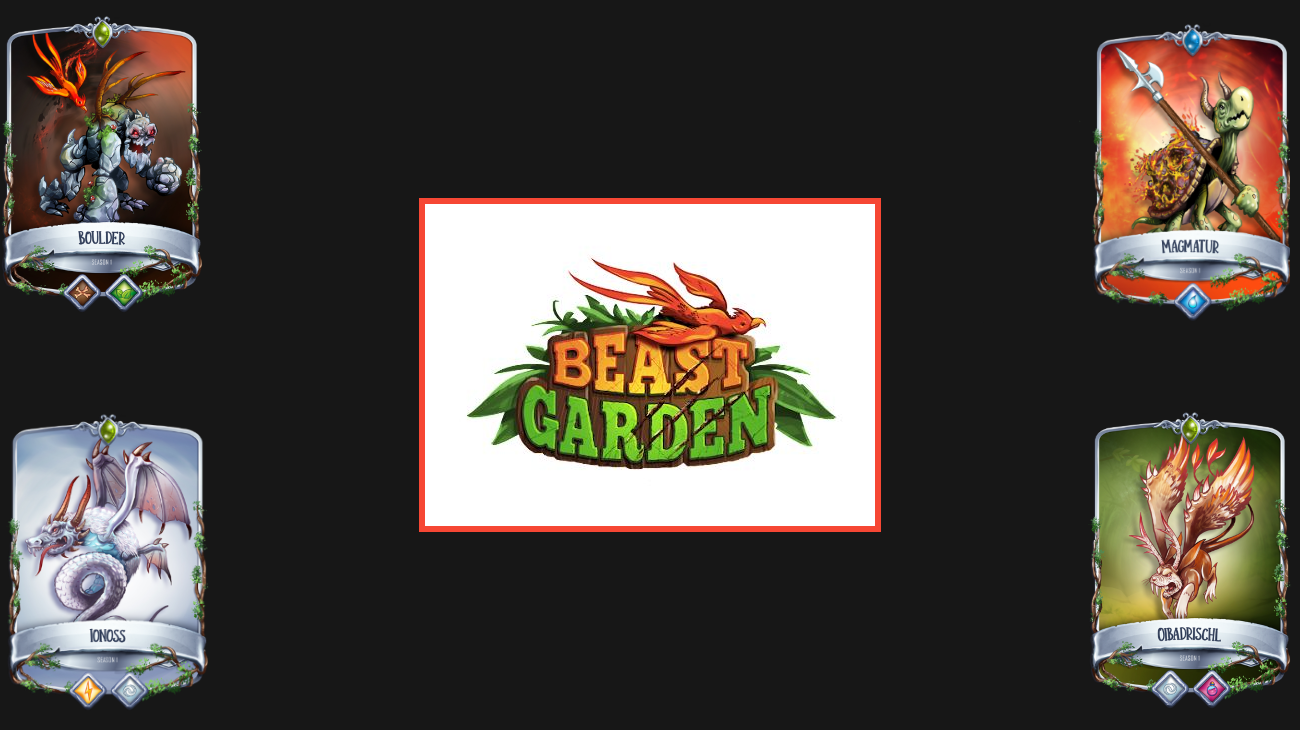 One of my favorite projects on the WAX blockchain is Beast Garden. I've spread the word already about this game, sometimes in methods less conventional than others.

Here's a look at a Beast Garden arena layout with six advert panels that I've used in some of my Fire Pro Wrestling World match sims on YouTube. Of course, I wasn't afraid to plug the nashvillelou collection as well. And yes, that's a Mini Metro-themed ring. 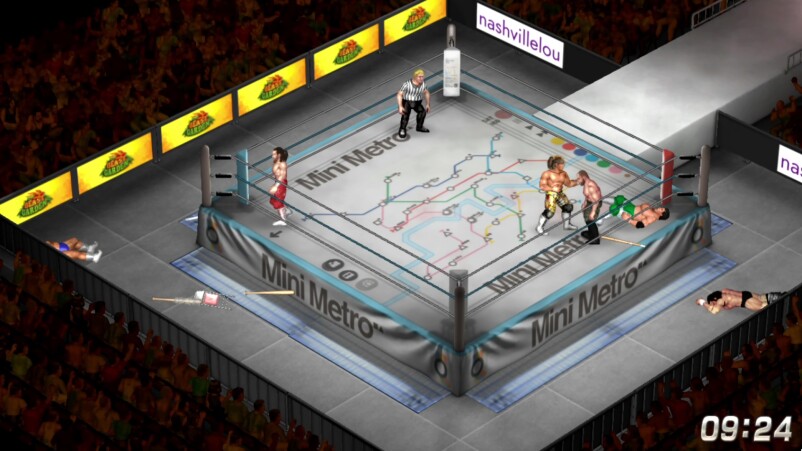 One of the newer features in Beast Garden is a mini-game called Evolving. That's the term for upgrading an existing beast into a special new/stronger beast.

If you like the game Mastermind, this should be right down your alley.

It's a simple concept. There are seven different types of fruit in the game, more than the standard six colors in Mastermind, which makes this slightly more challenging. You can earn fruit from the plants you own via Harvesting, the newest addition to Beast Garden, or via the secondary market. 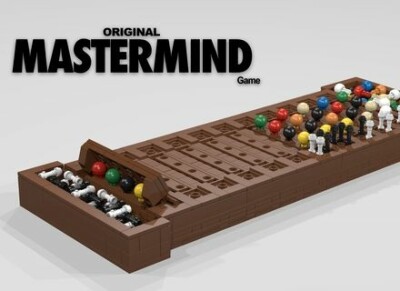 Your task with the Evolving mini-game is to figure out the four fruits and the correct order. Keep in mind that there can be duplicates.

The fruit NFTs used for Evolving are destroyed in the process, so be careful.

Harvesting was released into the full game only yesterday (April 22, 2022) so I'm still learning how that works. Prior to that, fruit NFTs were airdropped based on the plant NFTs a given player owned.

The temperature is listed in Celsius, and before you ask "When Fahrenheit?" know that it's easier to use one temperature type as it's a game mechanic more than anything.

The newest beast in the game is Magmatur, which you can obtain by Evolving a Magmati beast. I have at least one of every beast released to-date in Beast Garden, even the elusive Molcore.

This seemed like a good opportunity to show how the Evolving process works in Beast Garden with a real-life example. 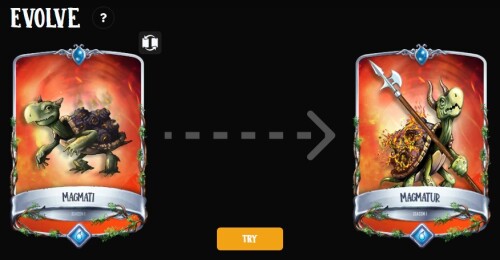 Each guess counts as a try, as it's called in the game, or trials as the plural, possibly because of the confusion "tries" would cause as the word has multiple meanings. English really is a hodgepodge mess of a language.

Sometimes you have to go non-standard with your wording to make it make sense, like on my sports broadcaster demo reel where I said "spinned out" instead of "spun out" on a call because the latter implies that a runner is stuck in the mud like a dirt track auto racer.


When it comes to game prep for Evolving, you'll likely find that you don't have equal quantities of each type of fruit. I'd advise having enough WAX available to buy some specific fruit NFTs as demand (and your supply) dictates.

To do that, you need to learn about the seven different fruits in Beast Garden.

From left to right below: Blue Crystals (blue half-globe with a green leaf hat), Frostberries (the marshmallows from Boo Berry cereal), Kelp Kaviar (pink jellybean), Lily Pops (purple lilies on a branch), Magma Bites (very yellow acorns), Northern Delight (like the Canadian tomatoes with the same name, only if they were made of pink cotton candy), and Thorn Toffee (delicious but prickly).

I neglected to screencap the fruit selection part initially, but the image above shows the distribution I had near the end. Long on some and short on others.

It would be wise to determine which fruits you have in the largest volume before you begin. The code is different for each NFT, so it's not like this is any sort of a spoiler for Magmatur.

If you need to stop during the Evolving process, be sure to find the specific NFT you began with when you want to resume it later, as your progress will be saved there.

The in-game token BGALPHA is required at 100 per round with the trials. That includes the final step with the winning formula. You'll also need some XP from the beast being evolved.

There's a rather sound strategy in opening with a pair from each of your two highest-quantity fruits. If your initial result is an 0/0/4, that's actually a strong positive as it means you've eliminated two of the seven fruits right away.

And then you can use those higher-quantity non-matches to help with the process of elimination.

Another reason for going double/double is for scenarios like this. I learned that I had either a Kelp Kaviar at #3 or #4 *or* a Thorn Toffee at #1 or #2.

It also told me that neither was a duplicate in the winning formula.

Using my third and fourth highest-quantity fruits, I got the aforementioned 0/0/4. Things get narrowed down in a hurry when that happens.

But I had considerably more Magma Bites NFTs than Northern Delight, which played a role in my next attempt.

Once you learn that a fruit isn't in the formula, you can leverage that data to your advantage.

In this case, it revealed that Kelp Kaviar at #4 was the correct fruit/place from the initial try. That knocked out Thorn Toffee via process of elimination, with only one right fruit total from the first try.

At this point I knew that #1, #2, and #3 were some combination of Frostberries, Lily Pops, and/or Blue Crystals. Kelp Kaviar was #4 with no duplicates. The rest were out.

I decided to narrow down Blue Crystals, which had the highest quantity in my inventory of the remaining three.

Thorn Toffee was filler, much like Magma Bites on the prior try. Kelp Kaviar was a green check mark at #4.

This result revealed that Blue Crystals was either #1 or #2 but not a duplicate. Two spots remained for Frostberries and/or Lily Pops.

Thorn Toffee returned as filler, along with Kelp Kaviar and the #4 green checkmark.

This revealed that Lily Pops was #1, and thus by process of elimination Blue Crystals had to be #2.

The only remaining unknown was at the #3 spot. Either a Frostberries or a duplicate Lily Pops.

50/50 chance and I missed, but this was the last piece of information I needed.