The Next Mega Trend On Crypto. Mobile Crypto Mining & Use 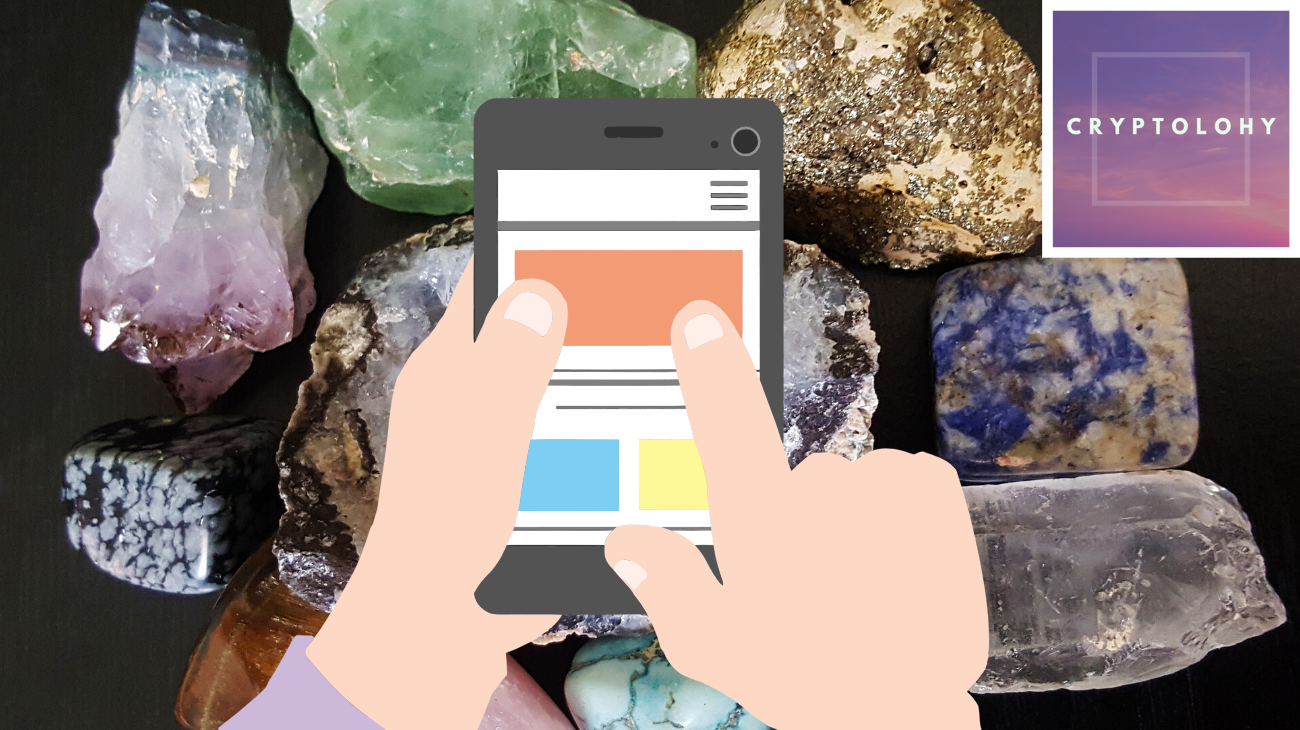 The Next Mega Trend On Crypto. Mobile Crypto Mining & Use

Crypto is all about three things. (Mainly) Technology, People and Economic Incentives. Bitcoin succeded because the core technology worked (proof of work) the people happened to be interested, and the Economic incentives were correctly designed (to an extent).

Now, if we take that framework, and we apply it with new technology, what do we notice? Well firstly, that as far as consumer technology goes, it has gotten cheaper, with better capacity and capabilities, as well as more programmable. When bitcoin was launched the iPhone had barely launched, similarly with software for social leverage such as Facebook, Github, Kickstarter, etc.

In this area, a particular thing has happened in crypto, even though technology has gotten better, more capable and more affordable across the board. The mining sector of most cryptocurrencies had continued to become more complex technologically, with changing hardware and software constantly flooding the market. In this case, we already see a contradiction between cryptoland and normy-land. Normies are heavily accustomed for things to just work, to click a series of buttons and getting donations at GoFundMe, whereas in cryptoland people are accustomed to abandon mining altogether because of the fact that each day the difficulty to mine profitably becomes higher and higher.

As far as People, well. Knowledge about cryptocurrencies and about technology, in general, has increased. In 2009, when bitcoin launched, many people thought that some permanent set of the population would never get a Facebook profile, so in that front, we have also changed drastically.

As far as Economic incentives, we are in a similar situation. People want to get a huge return on investment. That thingy won't go away.

So, if you mix those things together. And take into account the current context, what would you create?, well, the response is fairly obvious. A cryptocurrency that is easy for the non-technical users of technology, dependent on the most widespread form of technology with access to the internet, and with some goodly design economic incentives.

So, basically, a cryptocurrency that you can mine and use from your phone.

4 contenders are in this area, (as far as I am aware) I will give you some introduction about each of them, and then we will proceed with a general conclusion about the subject. Perhaps in the future, I will create a more deep review on each platform separately. 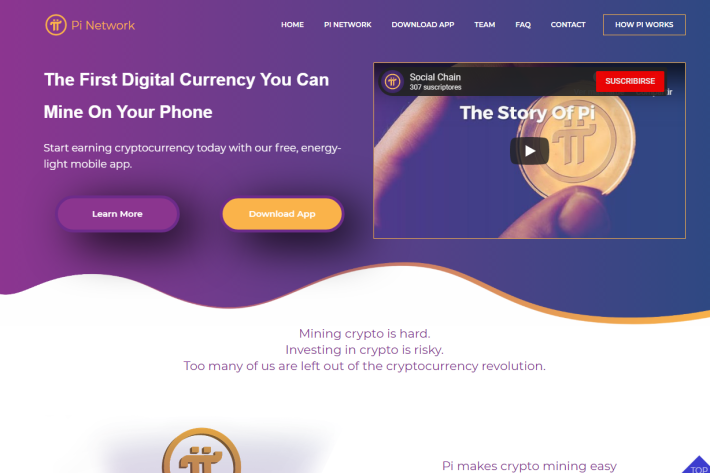 I think that this is the project that by far has the best chances of succeeding. It currently has 1 million active miners who can later become a true army of pumpers-of-the-price. I don't think XRP has that many single users, for instance.

You can join only if you are invited by another user (this is part of the core system to avoid bots and other abusers of the future blockchain). If you are interested, this is my referral link: www.minepi.com/crypto248

Also, at some point in the onboarding process, it will ask you for an invitation code, here it is: crypto248

Now, even though it has a lot of users, not everything is perfect, here are some things to consider:

They are currently at the earliest Beta version of the project, at this point the whole thing is just a centralized server with no blockchain, much less a functioning ledger or a listing on an exchange. The expected/estimate timeframe to be able to see if this project has succeeded is 2 years. At this moment is just a hyped phone database with a whitepaper and a rudimentary app.

I have read the whitepaper and it does makes sense, at least in theory.

If you are part of the ones who always sees the glass half full, you will think for yourself that you are able to jump before anything really starts, which is part of the recipe to get gains of 2000%

Also, the whole registration is free, you don't need to send any ethereum to Elon Musk, if you know what I mean.

The process comes down to download the app from the app store or google play and literally push a button. It is basically just like a semi-automatic faucet that gives Pi's each second and that you had to renew every 24 hours.

Worst case scenario? Some people in California will have your phone and might send you robocalls to vote for Elisabeth Warren (do-not do it). 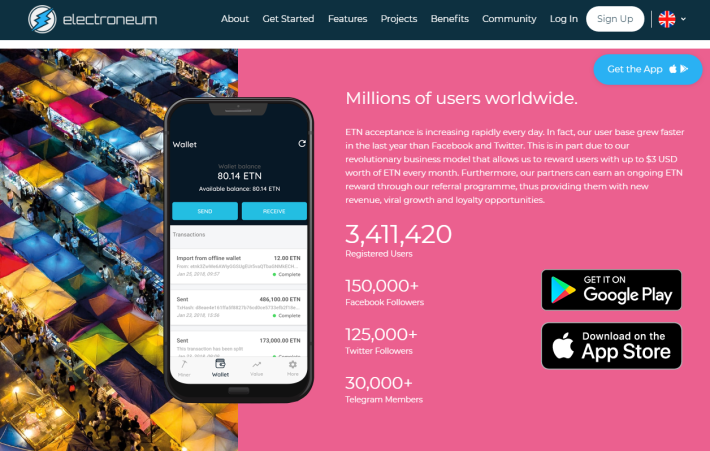 The second project in this category is called Electroneum. They have a similar system than Pi, download an app, basically push a button and off you go. However, their project also thought of creating a cellphone that integrates with this cryptocurrency.

You don't need their cellphone to start making some coins, but this goes to show you that the vision of the team behind electroneum is more geared towards onboarding new users through mobile phones.

This coin is already listed on some exchanges, which means that this crypto already is worth some fiat, however, the price is not that good and the mining rate is rather slow when you compare how much you are getting in actual value. For instance, I have mine for more than 2 months (if memory serves) and I have just gotten shy of 0.90 USD, which is better than nothing, but it is close to nothing. I have just continued because it almost consumes zero time and because I wanted to write an article about the system (coming up in the near future, I guess). 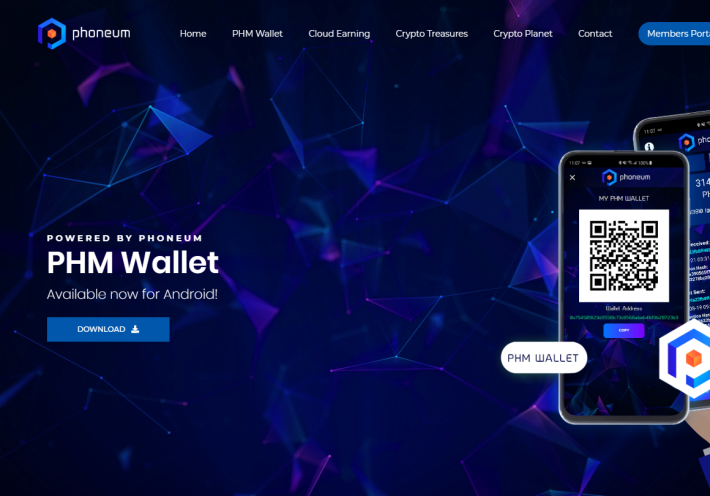 Similar to Electroneum, it has already working crypto that you are able to withdraw, but the amount of money is not that impressive. Also, they have a game that you can play to get more coins but I haven't played it. 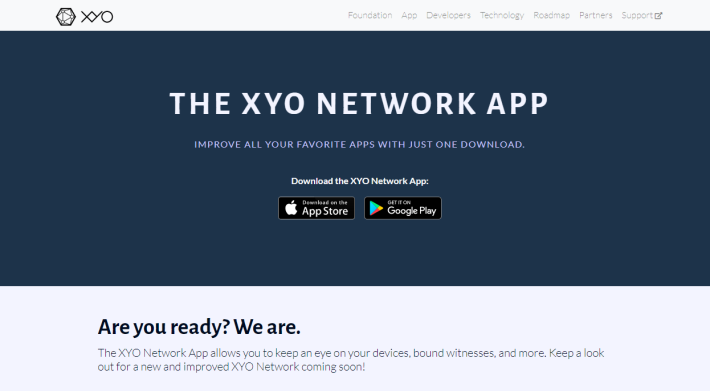 This project also allows you to mine from your phone, but I frankly never figure it out. It seems to be like the blockchain version of google maps and they have a new proposal to give out rewards which are based on the proof of origin protocol.

Here is a video explaining the project:

However, even though the project, in general, seems interesting and even groundbreaking, the user interface was above my willingness to invest in additional and specific tutorial-hours. I did have their app on my phone for like one month but the way of earning was/is not obvious, I realized that I had to download some tutorials specific to this project and I start watching one that lasted for like 1 hour and a half, I watch 5 minutes and shelve the whole thing for good once I realized I would have to watch the whole thing. I can invest that time learning how to bake Tezos and at least for now the return on investment on that second option will be higher, so, thanks but no thanks XYO project.

Mobile Phones are here to stay, the infrastructure that powers unlimited mobile internet is just getting cheaper and reaching more people, a dominant, coinbase-listed, top ten mobile cryptocurrency is not something that might happen, (provided there is enough time) but that will happen. This is akin to selling stuff online, people in the '90s thought it was unnecessary, but then Amazon came and currently is almost eating Walmart's lunch.

This is not to say that the winners on this space will be the ones listed, maybe not at all, maybe a completely different project will be the top mobile cryptocurrency. Lest just continue to bet on these nascent niche projects and get large enough bags before this whole category within crypto goes parabolic.

Note: The fact that I mention one crypto project doesn't mean that I endorse all the actions taking by their core team.