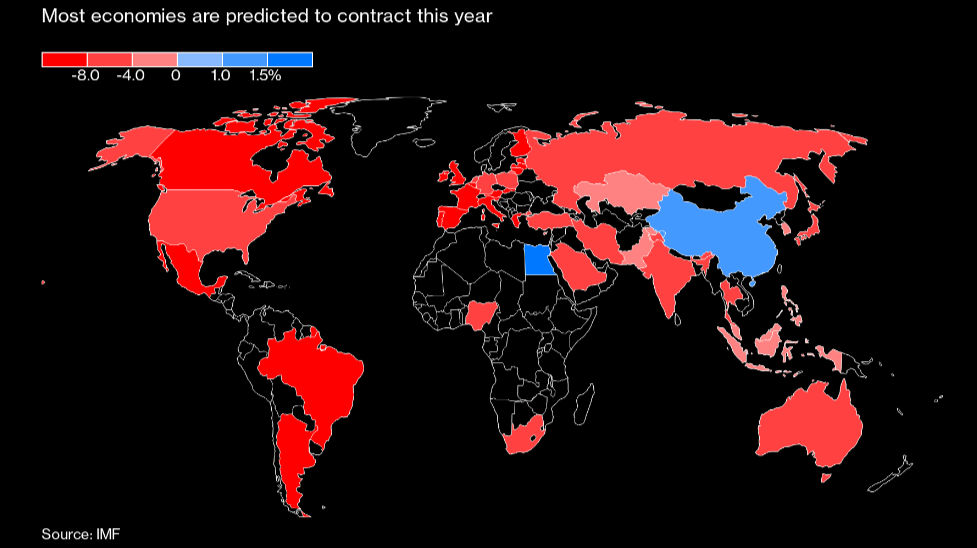 IMF is downgrading its 2020-2021 growth forecasts, COVID19 is at ATH and Tradewar is back = CryptoMarkets down 😱

The IMF gave us an update on their growth estimates and had to lower a bunch of them as COVID19 hit most economies in a harder way that they expected in April.

This is important for traditional markets of course but also for Bitcoin as ,any of us showed that the correlation between Bitcoin and Financial Markets has almost NEVER been as high as in the past 3 months ! 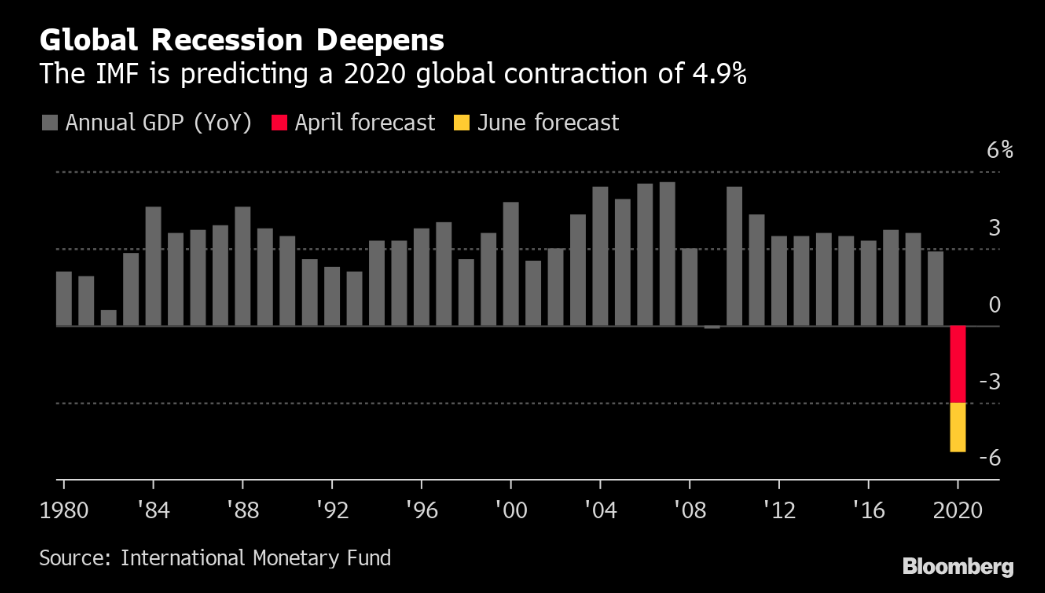 The IMF fund said Wednesday it now expected global gross domestic product to shrink 4.9% this year, more than the 3% predicted in April. For 2021, the fund forecast growth of 5.4%, down from 5.8%.

The IMF warned that the rebound in global financial-market sentiment “appears disconnected from shifts in underlying economic prospects,” raising the possibility that financial conditions will tighten more than forecast in its core scenario. 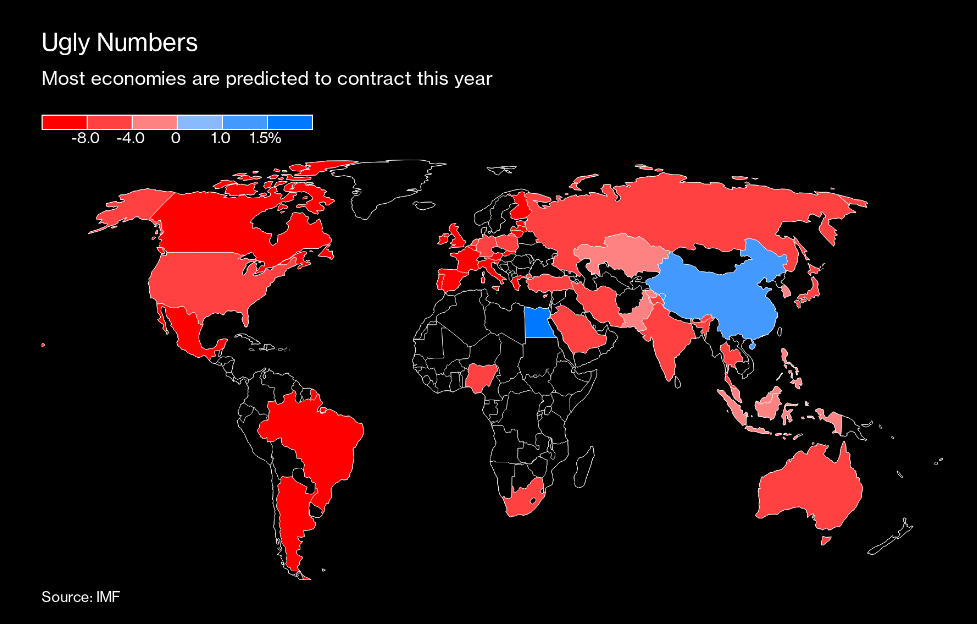 India saw the largest revision among the biggest economies from the April forecasts, with a 4.5% contraction now expected, compared with a prior projection of a 1.9% expansion, the fund said.

Latin America has been hit by the virus due in part due to less developed health systems, and its two biggest economies, Brazil and Mexico, are forecast to contract 9.1% and 10.5%, respectively.

Global trade volume in goods and services will probably tumble 11.9% this year, the fund said.

The White House is weighing new tariffs on $3.1 billion of exports from France, Germany, Spain and the U.K.

What kind of products could be targeted?

On the other side, the EU is also debating whether to keep the door shut to American travelers this summer. 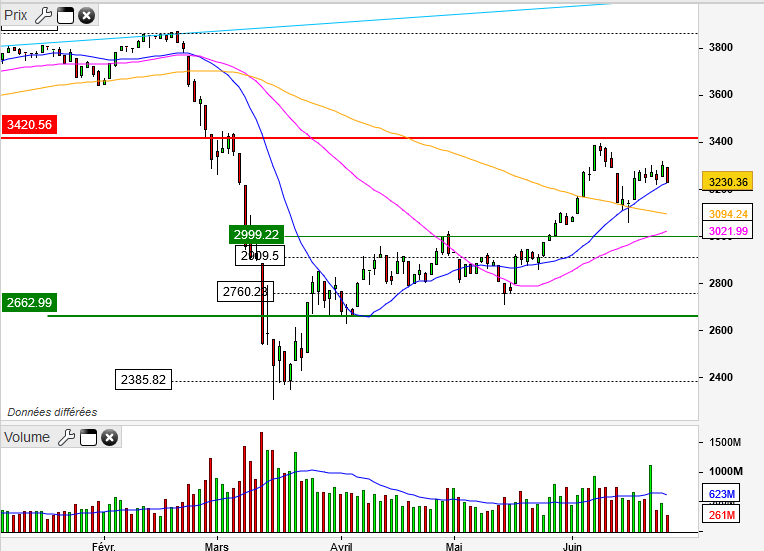 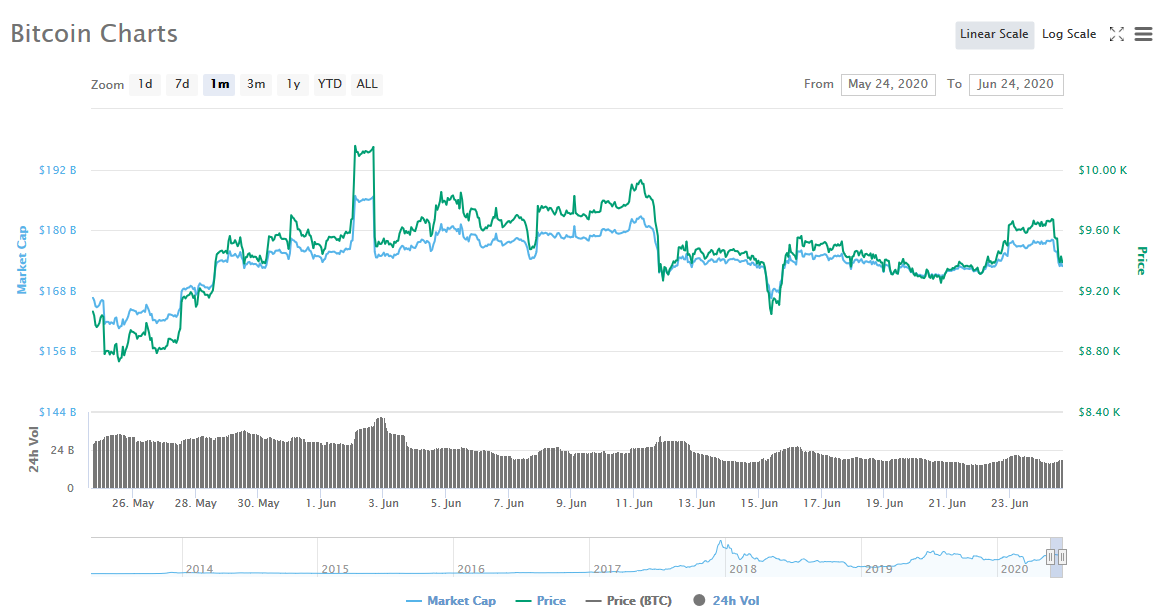 As mentioned in previous posts, I still believe we will go lower on Financial Markets and CryptoMarkets. The FED and ECB are going to print more and maybe even buy stocks which is GOOD for Bitcoin in the long run.

In the short run, we might have some turbulence and I am keeping my shorts.

Stay safe and be careful, markets are very difficult lately.