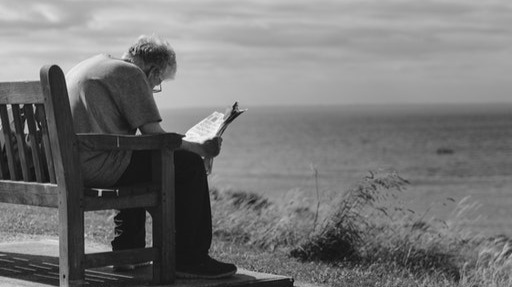 So everybody is talking about Berkshire's annual meeting. I so remember when I was a younger person, my entire investing goal was to be able to buy a share of Berkshire Class A stock. Then, I thought, I would be worthy enough to buy a plane ticket and participate in what I saw as the golden standard of investing. I'd go and meet Bill Gates and Buffett and tell them of my victory — that I had worked hard enough to buy 1 share of Class A stock.

Now that I could actually do it, I definitely don't want to. LOL, now I can't even imagine going to this dry ass event to meet a bunch of fat, old, middle aged middle managers trying to save for retirement. You'd have to pay me to go to the conference today.

Berkshire's attitude towards crypto is the same as it always was. They hate it.

What's most interesting is that Buffett and Munger hate bitcoin politically, not just as an investment. When asked about it, they didn't respond in a neutral or dispassionate way. They were emotional. Munger's quote was especially tart:

Of course, I hate the bitcoin success and I don’t welcome a currency that’s useful to kidnappers and extortionists, and so forth," the 97-year-old said. "Nor do I like just shuffling out of extra billions and billions and billions of dollars to somebody who just invented a new financial product out of thin air. So, I think I should say modestly that I think the whole damn development is disgusting and contrary to the interests of civilization. And I'll leave the criticism to others.

Seriously? Contrary to the interests of civilization?

Keep in mind these guys also said that "Chevron's not an evil company in the least."

You can't make this stuff up, man.

The reaction of these old fucks to crypto absolutely validates one of my core philosophies on human behavior — people will justify what makes them rich. At all costs. You Google "Chevron evil" and you get countless articles about how that company fucks everybody in the ass that's not Chevron. But bitcoin is the thing that's empowering kidnappers. Ok, stupid.

Seriously, I can't believe the lack of self-awareness. The way these guys made their money was moving in and out of very speculative investments at the beginning of their careers. This reputation they gained for value investing came later, only after some of the companies they invested in got big. Since they had to hold on for dear life to get those gains, they were marketed as being able to find undervalued companies. And "value investing" was born.

It's funny because the best value investment, the ones that the dumb money doesn't believe in today, is bitcoin. A 20 year old Buffett would be investing in bitcoin, no doubt. But since he's already got billions and doesn't need to take on speculation-grade risk any more, he looks at it as "contrary to the interests of civilization." Yeah, contrary to the garbage civilization you grew up in, the one where Chevron kills people and gets away with it.

The comments from these guys should also be an inspiration to you new investors. It just shows that neither Buffett nor Munger has a monopoly on good information. You don't have to follow their philosophy to get rich. Or you should follow what they did when they were 30 and got their money for real if you're 30 now. Don't follow what they do now, because now they're running on fumes and getting OTC deals from companies that lock in profits. Investors that aren't them couldn't get these deals anyway, so they're not functioning off of genius right now. They're functioning off of access.

And bitcoin is accessible to everyone. I'm thinking they hate that. Most of all, that's what they hate.

What's more, the dynamic duo basically admitted that all of the conditions facilitating the rise of crypto — high inflation, low bond interest rates, low interest rates in general — were really a thing. Flies in the face of what the Fed is trying to make everybody believe. All it means is that the old fogies who want you poor can't agree on messaging. And the young folks are finally learning to pat these old degenerates on the head and move forward without them.

And let's look at the crypto market to see how it reacted to the news. Bitcoin sideways, Total crypto mcap at ATH of $2.3T.

We don't give a fuck, old man.

(PS — This is also the guy famously said "I don't understand tech" then made Apple his biggest holding for years. He's not an oracle. He's a man who changes his mind just as much as you do.)

(PPS — This is also the guy who got laws changed to lower housing standards so he could sell his shittily made houses to poor people. All of these neighborhood developments with the houses that look the exact same for blocks and blocks? That's a Buffett thing. That's a huge reason why he got rich.)