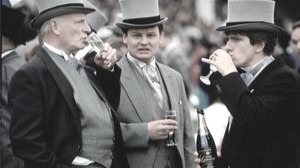 The new wave of crypto tools relies on new crypto investors either remaining ignorant of or devaluing custody of their finances and data. The mainstream has been programmed to accept that we don't own our own information or currency. Blockchain and crypto has the potential to solve these problems, but only with the consent of the populace.

Products like Civic Wallet, which enjoyed a huge price pump in the past week on use case announcements, help to reverse this progress.

What is the Civic Wallet?

I'll stop short of saying the Civic Wallet is a complete scam, but it could end up producing the same effect for consumers. The major difference between Civic and a wallet like Metamask is that Civic requires KYC before use.

In order to incentivize the passage of your data into their coffers, Civic advertises a "$1 Million Cryptocurrency Protection Guarantee." They want your health information, too. Their "Health Key" claims to keep your most sensitive health information private while somehow allowing you to share it when necessary.

What newcomers don't know is that a truly non-custodial wallet needs no guarantee. Funds are never stored on your wallet — the wallet is simply an attractive interface to the blockchain. Health information stored as an NFT also needs no third party custodian, yet the centralized Civic database claims to be a necessary third party for ease of use and greater adoption.

Civic may very well be able to use advanced encryption to secure the data it collects from outside sources. Its weakness comes in its centralization. Should a government demand access to the information given to Civic, Civic will comply. All of the security in the world means nothing if the information is freely given.

The countries that are restricted from using Civic are numerous. Nationals from countries that are out of compliance with the Office of Foreign Assets Control (OFAC) — Cuba, South Sudan, North Korea, Crimea and Sudan — may not use Civic wallet. I'm not here to challenge your political beliefs. If you're a Western nationalist who believes all of the above countries are pure socialist evil, fine. The point is that this sets a bad precedent. Civic, which wants to remain in good standing with OFAC, will comply with any future demands of the organization as well. This may or may not include infractions upon your civil liberties for reasons outside of your control. You can quite easily lose the advantage you have of moving money freely with the stroke of a pen, all because you engaged in business with an unnecessary middleman that inserted itself into the process.

The Coincover Deposit Protection is nothing more than the creation of a cold storage backup key, something that an individual can easily do without having to give up any data whatsoever. No matter what the agreement says, your private key is not yours — meaning your crypto can be taken from you by authorities within the UK (this is where your private keys are held through Civic) at any time.

The Advantages of the Civic Wallet

In truth, there are none. The Civic Wallet depends on the ignorance of its user and the unwillingness of those users to protect their own private keys. The marketing campaign of Civic and those products like it are becoming less and less necessary for those with any sort of technical know how. Their audience will likely be limited to people who simply do not want to deal with learning how to take custody of their own funds. However, the volume of those funds can eventually be used against those who value custodianship if we are not careful.

The True Danger of the Civic Wallet

Until full custodial products catch up to the mainstream in terms of usability, real crypto humanists will always face the choice of adoption vs. anonymity. Stuff like Civic wallets that promise ease of use claim to help the crypto space by onboarding grandma and your lazy non-tech friends. This is good for the market, because more money means your bags pump, right?

In the short term, possibly — if you pick the right sell point. You can still lose money while adoption increases, believe me. But tell me — what exactly are you selling into if crypto ends up having the same regulatory profile as traditional finance? If products like Civic become the norm, you'll be forced to buy into the same sort of oligarchical structure we already have just to own crypto. When anonymity dies, all it takes is one executive order to force all users to sell their crypto for CBDCs, just like the US government forced the sale of gold back to the government via Executive Order 6102. Civic won't fight the government if it is ordered to provide your information. Congratulations. We're back to square one.

Be patient. We don't need instant adoption for crypto to work. There's no time limit on a decentralized, sovereign order. There is a time limit for old government and traditional finance. The more decentralized crypto becomes, the harder it is for central banks and misguided politicians to control it. Do not listen to shills like Elliotrades who base their entire reason to be in the market on stimulus packages and adoption from traditional finance. Any crypto product that forces you to give up your data is a bad move. 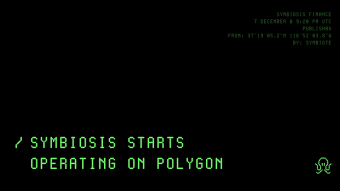