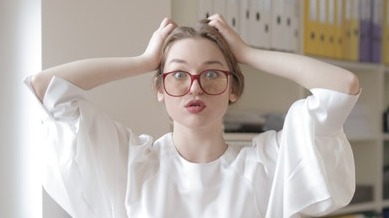 So Biden's dumbass is causing a legitimate market dump. The big question: How do we know this is a short term dump and not the beginning of a bear market? You can look at a few metrics, some of which I'll mention here.

1. The dump is based on speculative news. Biden's stupid announcement about doubling the capital gains tax isn't going to fly. Even if it gets traction, it will meet a great deal of opposition in Congress from Republicans. Biden isn't doing anything except virtue signaling to the left that he's trying to be big gov. He's starting on the extreme end so he can negotiate to the middle.

2. The sellers are dumb new money. Stupid traders, especially new morons in the crypto space, are getting spooked just because a few whales took some money off the table. Unfortunately, these people will get shaken out and have to buy back bitcoin at a much higher price. It's almost impossible to catch a lower bottom if you sell out during a dump.

3. The dump is the same as last time. The first dump was 15%; the second dump was about the same. This means the money is coming from trader whales, not institutions. If Musk or Saylor were to dump on you right now, there would be a much bigger market crash. These are the same OG traders who are just taking advantage of noobs in the space, which means it's a trading dump, not a fundamental dump.

4. Real assets are moving off of exchanges. The number of real bitcoin and ether on exchanges are still decreasing. After traders liquidate the hell out of noobs, they are immediately pocketing those gains. This means digital assets are still a coveted item, which is majorly bullish once Biden and the rest of his idiot fucking goons get done shocking the market.

5. Altcoins are holding. When you see a 10% dump in bitcoin, you should expect 50% dumps in alts. That's not happening. Alts are still getting spanked more than BTC and ETH, but not as badly as you'd think. This means people are taking this opportunity to buy into low cap gems that will pump tremendously during an up phase in the market.

Overall, this is nothing to be scared of. But since BTC broke $50k support and weekends are known for low volume, we may be looking at a dump to $46k at least. This means more pain even though we know the source of the problem. There are always twelve more dummies than you think on either side of a trade. I'm not blowing my whole stack today. This may last a week or two, especially if Biden takes it upon his retarded self to hit the market with more news. Or the SEC or CFTC decides it's time for their silly announcements on useless regulation that nobody cares about or follows.