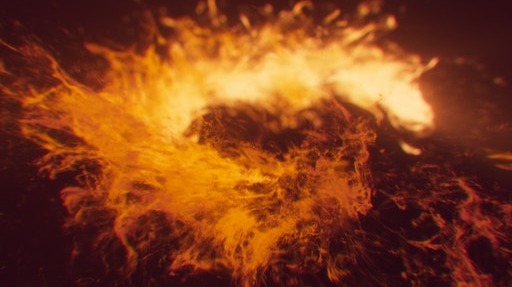 Don't Worship Jack Mallers. There are No Heroes; Only a Process

The idiot "reluctant statist" Peter McCormick was talking to Jack Mallers about the bitcoin lightning network on Peter's podcast. I can't stand Peter; he is so malleable and more of a status quo monkey than he thinks, and none of his wishy washy conversations can change that. He does, however, bring a lot of people to my attention whom I otherwise would not know. So he's not completely useless.

In his latest pocast, Peter was gawking over the newest tech It boy Jack Mallers. A well-deserved distinction, as the kid has done something over the bitcoin network that will help billions of people in the short term. However, the most telling statement Jack made was when he told Peter, Facebook, and all of us to "fight Western Union, not the Fed!"

Mallers' Lightning Network basically puts Western Union out of a job. Anyone can now send anyone else money instantly with basically no fees. The money is settled not in crypto, however, but in dollars. The sender and receiver don't need to know anything about crypto — the network just makes use of bitcoin's superior settlement features and uncentralized structure.

But Mallers, much like Michael Saylor, doesn't seem to have much interest in displacing the very people who made his Lightning Network such a great and necessary upgrade. As a matter of fact, Mallers recently gave a speech to the IMF about the bitcoin network and how much better it was than legacy networks that require middlemen. It's not like any regular middle class kid from Middle America is going to turn down an invitation from the IMF that opened doors for him to meet Jeff Bezos. Mallers is now a bonafide business celebrity bordering on the business mainstream. There's no way his testosterone is going to let him turn that down for the sake of a higher purpose. That is every young male's highest purpose. Which is why I say don't worship Jack Mallers. Told you the same thing about Michael Saylor and his silly little ESG turn. Both of these guys are fallible though they did great things.

It is incumbent upon all of us to take the deeds of Mallers, Saylor and everyone else bitcoin empowers as inspiration. That inspiration must lead us to continue building in a truly decentralized way in order to eventually topple the need for any IMF, BIS, etc. Otherwise, if Jack is the last person to do something this profound, those legacy systems will simply usurp him and his technology for use to their own ends. The system won't change; it will become more efficient. And future crusaders will have much lower chances of winning, because now they'll be facing Jack, his team, Saylor, his team, and everyone else who is empowered by their inventions and leadership.

In order to change the system, we need 100,000 Jack Mallers. And eventually, once Western Union is a thing of the past, those new Mallers are going to have to say unequivocally "we're fighting the Fed." Because there will be no more enemies left to fight. We'll be at final boss stage. But I guess we're not there yet. I just don't like Jack framing his argument as fighting the weaker bully so as never to face the stronger one. I'm hoping that's not what he meant, but on another level I really don't care about what he meant. He did his part for inclusion into bitcoin for billions of people; now what am I going to do?