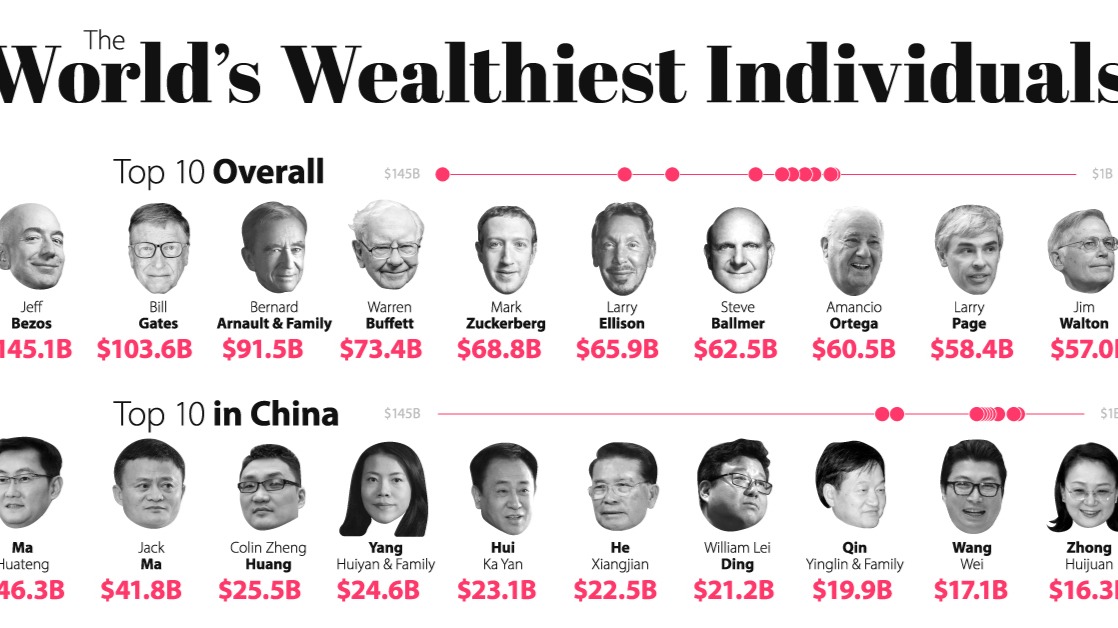 The rich gettig richer, the poor getting poorer. Why?

Do you remember the months of Covid lockdown? While much was happening almost in every country, with every government, new rules of social distancing, wearing masks as they were t-shirts, and I was working from home, I had some more free time, so I was checking the news everywhere, from what China was saying or not saying, to what the new lockdown rules were, to what was happening in the background, while everyone including me was trying to cope with the “unexpected” situation. I would gladly go into more detail about all of this, but somebody may think that I am nuts, because it isn’t what the general public wants you to believe. So instead of throwing my opinions out there, i would rather ask some questions, and if you want to know the answers, I invite you to do your research, cuz this is the only way of learning and understanding:

So where and when did it all begin? What was happening between China and USA at this time one year or more ago, even before Covid19? Take into consideration that at the moment the USA is the most damaged country from this. <Quote from a great movie called The usual suspects: “The greatest trick the devil ever pulled was to convince mankind he did not exist.> How is it possible that the 1% of the world’s rich people are 20% richer since March 2020? Does the economy crash make people richer? If so (and you can look up the richest people) why? Did the virus originate in China? Did China stop the spread of the virus or the spread of the damage it did to the country? How does  information spread in a dictature (censure)? Can you access Chinese websites on the white web? Why did Jeff Bezos cash out lately from HIS OWN shares of Amazon? Who can afford Bitcoin and would they be on this blog? What happens when products cannot be produced but money gets still printed?

Let’s go back to cryptoassets now. Why is it altcoins vs. Bitcoin? While this post may be going out of the scope of this blog and the topic of cryptos, I wanted to share some of my thoughts because I strongly believe that everything is tied together. In fact that is what the beauty of everything lies. It is the details and how the dots connect together that really matter.

The rich getting richer (and I have attached a google search link to this, where you can choose your source) is mainly because while people were selling out of fear, rich people were buying low. And this is how every market works, including crypto. And remember that in order for one to make gains, some others must lose. Until now generally the people who don't have so much money are those who are losing more, because:

Anyway I am going to tell you a little bit of what I think about some of the main coins at the moment, which I think are going to be valuable in the long term.

My thoughts on Bitcoin: This coin has already run and the lucky ones have already made profit many years ago. While I think that Bitcoin is a safe way to have your money saved, like gold, I don’t think there is much profit in investing in it now. Everything scarce has value and the algorithm by which it is created makes it possible to mine it near the maximum supply but never reaching its max. Even if it goes to 20000$ or even 1000000$ per coin, it means gains 200%-1000%, but this is in case you can afford to buy it. Either way it is the first and safest coin to have. I would buy it in the case I would need it to spend it later, and instead of buying it at lets say 20k, I would buy it now.

My thoughts on Ethereum: (growth potential+)

Good mid-cap investment. Not just a coin but a network. Is like having a token and a stock at the same time. With time it will get better. It is not Bitcoin vs Ethereum, but rather Bitcoin and Ethereum. A lot of people working on it, so it is pretty safe for the coming 1-2 years. Makes it possible for DApps and Defi to exist, which theoretically are gamechangers, but still in infancy. When Eth2.0 will go online, expect the price to jump.

My thoughts on XRP: (growth potential+++)

While I think that it was pumped during the 2017 bubble and whoever dumped it (mostly the company behind it) made a lot of profits on it, they hopefully are making good use of the money to replace the existing banking system. Important to note: every month 1 billion Xrp can be made available to the max supply of premined 100 billion XRP. With each transaction there is XRP burned so that the max supply at the moment is not 100 Billion anymore but around 99-98 billion, which removes inflation from it (in contrast to the dollar which is being printed by the feds even now). Good chances in the long run, when the amount which is locked in Escrows (kinda smart contracts to limit the supply at a certain point in time which you can also check for yourselves) is unlocked all. 1 billion XRP per month can be released so it needs at least 56 months for all the XRP to be released, practically a little more than that because the remaining XRP that are not put into use from the each 1 million go into another Escrow account to be released after the 56th month. Being the case that XRP is burned in each transaction, makes it go scarce if it is used more. Ripple company laying groundwork since many years. Why? For XRP to hit bottom? I dont think so. Not so many news about XRP lately, but about Ripple yes.

My thoughts on Chainlink: (growth potential+++)

Have you seen another crypto which forges partnerships with other cryptos? Here is a doc 7 months old of Chainlink-partners. Just few days ago Latest partnership with Polkadot lately. And Chainlink is not a competitor with them, because of its great and unique idea. Don't listen to news like Zeus Capital calling it a scam. This was also back in June, when I bought some at 4$ and was back again some days ago. Maybe this article may show you in seconds what I am talking about: https://www.somagnews.com/chainlinks-5-major-partnerships-from-google-to-intel/

Chainlink does not care if it is DEFI or CEFI. Their main idea is so good.

My thoughts on VET: (growth potential+++)

While crypto has gotten wrongly synonymous with Decentralisation (even though many cryptos aim there), VET is one of the centralised ones. This does not mean it is bad. It actually serves a purpose because their blockchain implementation is on many centralised industries, and no big company is going to go like "Yeah lets go full decentralisation". Even if some do, it will need time. And while time is needed for this case, time is also key in a Holders agenda. VET is like the Chainlink of industry. Partnerships ongoing and coming soon in 2021. Also note that Bitpanda Exchange listed VET-Fiat Pair a few days ago (something to look out). Also VET listed as payment method on Travala.com some days ago. I dont know about you guys, but I see opportunity here.

And while I would go on and on on each of these coins in this post, I wanted to give you a general idea of what is actually happening and some lil bit of some of the coins in my portfolio and why I chose them. As always, projects with potential are to be found and then invested in in a long term.

Disclaimer: I am not a finance adviser. My post are my own reasoning and research done on crypto. I advise everybody to do the same. I am just expressing my thoughts on the topic. I hope you find it interesting.