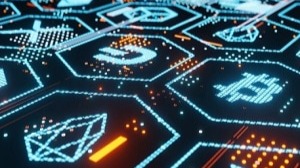 CRYPTO CURRENCY: ALL ABOUT THE ENCRYPTED CURRENCY OF THE BANQUE DE FRANCE

Bitcoin celebrated its 10th anniversary in 2018. Since then, the number of cryptocurrencies has continued to increase. Formerly the preserve of private initiatives, today virtual currencies are sometimes the result of public initiatives. The e-euro may well see the light of day in the years to come.

In the meantime, the Banque de France is launching its own crypto currency this year. Why ? How? 'Or' What ? What characteristics and advantages will this token have? What will it take to get it? All our explanations.

FRANCE IN FAVOR OF A PUBLIC CRYPTO CURRENCY MANAGED BY CENTRAL BANKS
On Wednesday December 4, 2019, François Villeroy de Galhau, the Governor of the Banque de France, announced the experimentation, from 2020, of a Central Bank Digital Currency (MDBC).

The project, carried out in collaboration with the ACPR (Prudential Control and Resolution Authority), should be launched quickly since the governor of the Banque de France confided "wanting to start experiments quickly and launch a call for projects (for private sector) by the end of the first quarter of 2020 ”.

This is a first in Europe but the subject concerns and interests the whole Eurosystem because this French experiment should weigh in the study of a possible e-euro, a European virtual currency called for by Christine Lagarde, President of the European Central Bank.

WHY ARE CENTRAL BANKS INTERESTED IN CREATING THEIR OWN CRYPTO CURRENCY?
crypto-currency-crypte-france
Why are governments and central banks suddenly interested in cryptocurrencies? There are many reasons for the desire to create state tokens.

First, let us remember that this initiative by the Banque de France is a response to the launch of Facebook's Libra. François Villeroy de Galhau believes that the creation of a Central Bank Digital Currency will provide "leverage to assert our sovereignty in the face of private initiatives such as Libra".

Then, after all, it is quite relevant for a central bank to want to follow the major trends that characterize the payments market. We are indeed witnessing in Europe an increasing digitization of payments and an unprecedented decline in cash. Payment players are more and more fintechs, even Big Techs, and less and less banking institutions, which should not only encourage banks to review their economic model but also States to question their sovereignty. economic.

Another advantage that may have weighed in the balance: an MDBC could help resolve “certain difficulties in financial transaction”, as Bruno Le Maire underlined in September 2019 at the opening of a conference of the Cooperation Organization and economic development (OECD) on the blockchain.

The Banque de France wants to get on with this project as quickly as possible in order to position itself as a leader in the launch of the e-euro. But the boost given to this project also has its origins in the desire not to be too far behind by certain countries which have embarked on the creation of a national virtual currency for a few months or years already, like from China or Russia.

* Your capital is subject to risk

A PUBLIC CRYPTO CURRENCY, MORE SECURE THAN A PRIVATE VIRTUAL CURRENCY?
A public cryptocurrency, regulated by a central bank, backed by a currency, is of course more secure than a private cryptocurrency. Moreover, the digitization of central bank money will, in countries where cash is in decline, guarantee citizens' access to central bank money. "Having an MDBC would then make it possible to preserve confidence in the financial system, which results in part from the possibility of exchanging assets for legal tender," explains the governor of the Banque de France.

Central bank cryptocurrency is a particularly relevant way to meet the two main missions of a central bank, namely to guarantee confidence and to support innovation.

HOW TO INVEST IN THE PUBLIC CURRENCY CRYPTO?
It will not be possible for individuals, initially, to invest in the central bank digital currency created by the Banque de France. Indeed, this stable coin will be intended for “wholesale” transactions explained the governor of the Banque de France. This means that transactions with very high amounts of institutions and large groups which have "a higher level of digital maturity than individuals since they already have access to central money in digital form through their accounts. the central bank, ”emphasized François Villeroy de Galhau.

It is a safe bet, however, that this initial token will be followed by the launch of an e-euro which individuals could use. It is indeed probable that crypto currencies, in the near future, will disrupt many parts of our economy, and why not our entire monetary and financial system.