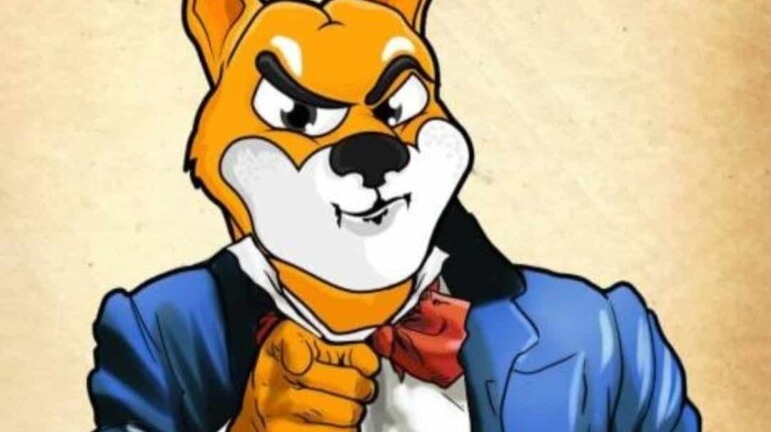 Shiba Inu founder has no SHIB tokens: He sent everything away when they were worthless!

Shiba Inu token that was so much frowned upon by many „serious“ traders within the crypto community, and even openly ridiculed for its crazy tokenomics that allows fans to buy billions or even trillions of tokens, has made the impossible possible.

SHIB jumped in price 60000000% over the past year, minting an army of new crypto millionaires, and at least one billionaire - one wallet, which went viral on Twitter, bought $8,000 worth of SHIB since last August, which now has a value floating between $5 billion and $6 billion USD.

Its success prompted many to snoop around the project – some even tried to unmask the identity of SHIB’s founder Ryoshi-  who similar to the founder of Bitcoin, Satoshi, wants to remain anonymous.

Ryoshi thus went to Medium where he has 5.8K followers to say he does not own any SHIB tokens and that he is a nobody.

„I am not important. I am just some guy of no consequence tapping at a keyboard and I am replaceable“, wrote Ryoshi in his latest post.

He created Shiba Inu as an experiment in „decentralized spontaneous community building“.

The community of enthusiasts has formed around his meme project.

They petitioned Robinhood to push trading of Shiba Inu, went to Reddit where they were openly mocked in r/CryptoCurrency, spammed Twitter until even Elon Musk himself was forced to respond to their tweets.

Even though Musk, while replying to one of the many Shiba Inu accounts on Twitter, said that he doesn’t own Shiba Inu tokens, their efforts were not fruitless.

They attracted many social media influencers and stirred hype around their beloved token.

Even Guy from Coin Bureau made the video about SHIB where he said that “there might be more to this token than meets the eye.”

Finally, in October this meme token ranked as the number 10 coin by market capitalization on CoinGecko, and briefly overtook Dogecoin.

The talk about underlying fundamentals was thrown out of the window – SHIB showed us that in crypto if you are not following the trend, you are dead.

Market sentiment is what matters.

Shiba Inu does not have its own blockchain, it is created on the Ethereum blockchain

As its founder acknowledged when launching SHIB, this was their first token.

On the Ethereum blockchain you can create a token with just a few mouse clicks.

That also means that to send SHIB tokens to another wallet or just to transfer those tokens from an exchange to your wallet people have to pay the transaction fees with ETH.

And everyone knows how high are the fees on the Ethereum blockchain.

According to Shiba Inu website, when SHIB launched, Ryoshi sent half of the 1 quadrillion Shiba Inu tokens to Vitalik Buterin's wallet, cofounder of Ethereum.

Ryoshi locked the remaining 50% of the total supply to Uniswap and „threw away the keys“.

„We were the first project following this path, so everyone has to buy on the open market, ensuring a fair and complete distribution where devs don't own team tokens they can dump on the community”, wrote SHIB's founder.

This unconventional method of launching the token had tremendous success – it sparked theories that Buterin is somehow involved in Shiba Inu development which only helped in creating an overall bullish sentiment around SHIB.

But SHIB was not just a meme coin - Shiba Inu has an excellent development team that created a vibrant ecosystem that includes ShibaSwap exchange, NFT's called Shiboshis and two tokens – Bone for governance of the protocol, and Leash that has become the main store of value for many Shiba Inu owners.

Now Shiba Inu is in the news, CNN just reported how two brothers went from nearly jobless to multi-millionaires after putting a few hundred bucks into SHIB, CNBC's „Mad Money” host Jim Cramer talks about SHIB on his show, and SHIB holders still believe in the token.

On WazirX, SHIB has overtaken Bitcoin's position as the top-traded token in the Indian rupee market this week, and its rise to stardom ignited the run on other meme coins.

Thanks to SHIB, many other meme crypto projects exploded in value this month.  Tokens like Banano, Floki, Dogelon Mars, Loser Coin all jumped in price as crypto investors are looking for a new coin that will skyrocket in price.