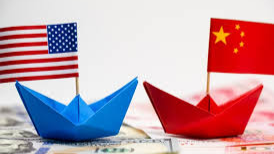 That cryptocurrencies are about to revolutionize, among other things, the geopolitical balance on an international level is something quite well known even to non-experts; there is no country that is going through an economic or political crisis that is not looking with enormous interest at the use of these instruments, from Venezuela to Turkey (dealing with the devaluation of the respective currencies), passing through Iran and Cuba (which must instead dealing with the sanctions imposed unilaterally by the USA) up to the United Kingdom grappling with the brexit, in all these countries the public debate on the use of cryptocurrencies came out enormously reinvigorated by the deterioration of the medium / long term economic stability prospects. No wonder then what was declared at the annual Federal Reserve symposium in Jackson Hole, and reported punctually by Bloomberg, by Mark Carney, current governor of the British central bank, who called for a transformation of the global financial system to be pursued through the replacement of the dollar as a reference currency on world markets with a cryptocurrency whose value is linked to a basket of real goods (so similar in every way to pounds). The reasoning of Carney is not so weird, the governor of the British bank, in fact, clearly sees that the US hegemony on the world is in decline and sees equally clearly the rise of the Chinese colossus, consequently from his point of view it is more it is desirable that the dollar be replaced by a currency released from the influence of any country instead of the Chinese renminbi; Carney, in other words, realizes that there is no way to stop the rise of the Asian giant, and consequently shows that he understands the strategic importance that cryptographic coins have in redesigning geopolitical balances without handing over hands and feet related to China. Carney said more specifically in his speech that:

"A new artificial hegemonic currency could be better provided by the public sector through a CBDC network; moreover, the combination of increased uncertainty in terms of economic policy, together with the increasingly evident protectionist tendencies and the concern that further negative shocks cannot be adequately compensated is exacerbating the disinflationary bias in the global economy. "

Carney therefore does nothing more than highlight how, in the face of the deterioration of stability (both economic and political), on the international stage, demand from investors and investors increases proportionally to a currency capable of resisting the inflationary pressures of a monetary policy which, at present of things, he has no choice but to continue to flood the liquidity markets. While the ECB is preparing to launch new expansionary plans to support the slowdown of the German locomotive, in the USA Trump declares war on the Fed demanding a further rate cut and the Chinese devalue, more or less intentionally, their own currency in response to what was decided in Washington and Brussels, investors and savers (large or small as they are) live with growing anxiety the possibility that an inflationary wave devours their assets. However, this whole issue also has an implication, which was highlighted this time by the CEO of Circle, Jeremy Allaire; participating in the Global Coin Research podcast this week, in fact, Allaire highlighted how the US delay in issuing its own CBDC compared to China represents a big problem for the interests of the Western world. The CEO of Circle, showing a certain far-sightedness, remarks how the launch of a digital renminbi would allow many countries to bypass payment systems currently under the direct control of Western countries and with them also possible sanctions. The direct consequence of all this would be that we would progressively see the abandonment of the dollar as the preferred currency for international trade and the rise of the Chinese CBDC, exactly what the governor of the British central bank, as explained above, would like to avoid; the solution, therefore, cannot be to tighten the regulations that govern the cryptocurrency market but it must necessarily be to bridge the gap with China by accepting the radical revolution that these new tools bring with them.