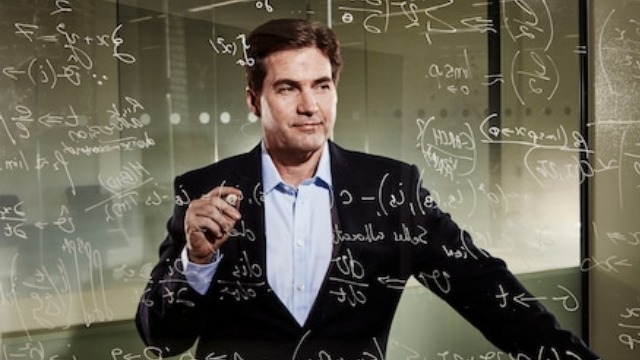 Peter McCormack is one of the most prominent exponents of the community, author of the site whatbitcoindid.com and host of podcasts that, over the years, have seen characters like Nick Szabo, Adam Back, Charlie Shrem and Andreas M. Antonopoulos as protagonists. at the center of a legal dispute with Craig Wright for calling him a scammer who pretends to be Satoshi Nakamoto; clearly McCormack is not the only one to think so, we could even say, without fear of being denied, that the whole community sees it the same way and that the only one who thinks otherwise is Wright himself. Net of this, McCormack finds himself, against his will, engaged in a lawsuit during which he will be required to demonstrate the correctness of his statements, not that this is particularly difficult, to be sure, but, as we all know, is certainly onerous. The price of this legal action, however, was for the time being Wright himself, who suffered a violent attack from the community, which could not tolerate this attitude on the part of the Australian entrepreneur, who was followed by the delisting of BSV from top-notch platforms like Binance and Kraken. Yesterday McCormack received an unexpected endorsement when Stuart Hoegner (legal advisor for bitfinex) declared via twitter that:

"We are pleased to support Peter McCormack in the case brought by Wright before the High Court in the United Kingdom. Peter has been sued for defamation, litigation can be complicated and expensive, but we will support him in the long run. We admire Peter's conviction and are honored to support his defense against a dispute that we consider to be frivolous and harassing "

The passage in which Hoegner notes how long and burdensome it can turn out to be a legal cause of this kind is particularly relevant because, as is known, Wright is involved in other lawsuits, including that in which he is sued for damages and fraud by the family of one of his former partner (David Kleinman, now deceased); almost certainly Wright will lose the cause, for which an astronomical figure is at stake (as many as 500 thousand BTC, more than 4 billion dollars at current prices); recently, to be precise, last November 1, Wright himself stated that he did not have enough money to cover such a figure, but apparently he has had enough to sue McCormack. Instead of throwing money away in an intimidating and vexatious case, as Hoegner rightly called it, against McCormack the Australian entrepreneur would do well to set aside the money to compensate David Kleinman's family since, based on what emerged in the during the trial, not only does it seem obvious that he is destined to lose but he will probably suffer a sentence of imprisonment since, according to what emerged, he would present false documents in an attempt to prove his innocence; as evidenced by Kleinman's lawyers, in fact, Wright presented a document to the court drawn up using a font that was actually created after the date reported by the document itself, which proves incontrovertibly that the document in question was altered and manipulated. Instead of dragging the scammers into court, Wright would do better to concentrate all his forces in the lawsuit against him by David Kleinman's brother and prepare for a long stay at one of the US prison facilities where the trial is currently starting to finish.