Smart contracts: what they are, what they are for and why they are revolutionary
Guess AMPL Rebase Twitter Competition - $200 in AMPL Rewards! Details HERE. 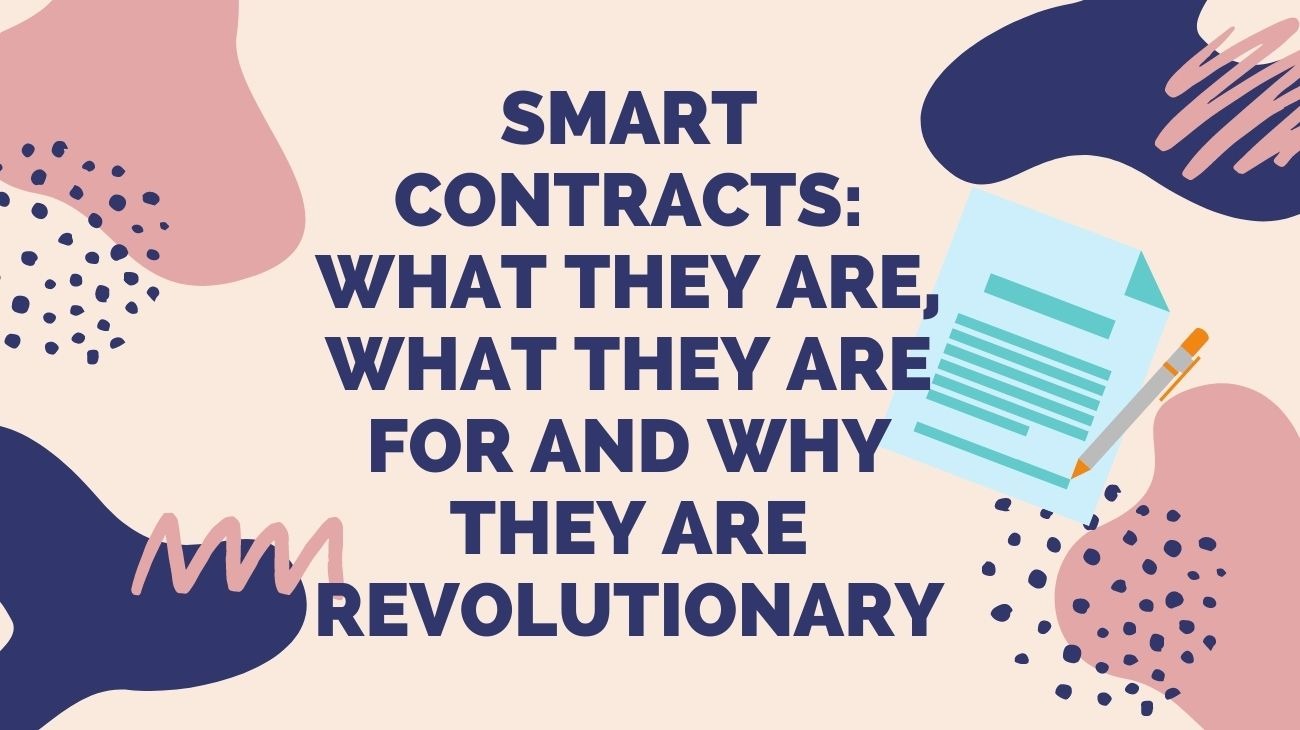 We often talk (and I have mentioned them too) of smart contracts. However, a doubt arose: often it is assumed that everyone knows what we are talking about, but how many really know what smart contracts are? Today we will find out together.

That we inevitably find ourselves talking about smart contracts every time we talk about blockchain or one of the major platforms among those that populate the universe of cryptocurrencies is presented is also normal since we are talking about one of the most interesting aspects of this. technology, however I believe it is right to pay a little more attention to these tools and try to define smart contracts and explain more accurately what they are, how they work and in which areas they can be used most successfully.

The term smart contract is a neologism coined in 1994 by Nick Szabo (one of the world's leading cryptography experts, the same one who invented BitGold in 1998, a sort of forerunner of bitcoin) who was the first to understand the importance of combining certain aspects of the right (primarily the contractual practice) to write protocols for electronic exchange between strangers on the web.

Obviously, what until the end of the last century appeared to be a pure declaration of intent or, as it was thought, the utopian vision of a computer expert, with the birth of bitcoin goes directly from the status of a chimera to that of a concretely achievable concept.

The concrete realization of a concept that at first appeared purely academic materializes in reality with the birth of Ethereum, the first blockchain platform designed to allow a smart contract to be written and made to work concretely in everyday life.

Therefore, although Bitcoin has existed for about 10 years, the concept of smart contract also precedes it by a lot and can be traced back to 24 years ago; this does not mean, however, that this tool has been developed for the same time, in fact, as mentioned, it is only with the birth of ETH (in 2015) that it becomes possible to concretely develop a smart contract.

We could therefore say that such tools, at least in academic terms, have existed for more than 20 years, but that the technology that made them available to the general public is much younger having just 5 years of life (since we can match the its birth at the birth of Ethereum).

What are Smart Contracts

The very definition of Smart Contract can cause some confusion for the simple reason that it automatically overlaps the normal definition that we give to the term “contract”; when we talk about a normal contract, in fact, this is nothing more than a collection of the clauses that regulate the relationship between two or more subjects.

A smart contract is both something more and something less than a normal contract, let's try to make examples to understand each other better.

Let's imagine the case of two people whom we will call Giulio and Roberto, Giulio owns a dog but doesn't have the time to walk him, Roberto has time to walk Giulio's dog but doesn't have a washing machine; We can therefore imagine that Giulio and Roberto decide that one will wash the other's clothes for free while the second will walk Giulio's dog three times a day.

To regulate this type of relationship, Giulio and Roberto sign a contract in which they not only strictly define what their mutual obligations are, but also what their responsibilities are when certain conditions occur; for example, if Giulio were to ruin a shirt by burning it with an iron, he will be required to buy back one identical to the ruined one, while if Roberto unfortunately loses his dog while taking him for a walk, he will be required to actively commit himself to trying to find it.

If you are wondering why this example is the answer is very easy, we need this example to demonstrate that not all contracts that can be entered into between two or more people automatically find their equivalent in the form of a smart contract.

Why can't Giulio and Roberto's contract be governed by a smart contract? Because there is no transmission of money but only the reciprocal exchange of services (washing clothes and walking the dog).

The mistake that should not be made, therefore, is to consider a smart contract as the simple storage of a normal contract on a blockchain. This of course can be done, Giulio and Roberto, in other words, can certainly archive their "agreement" on a blockchain in order to give it both validity and immutability at the same time, but that ends there.

A smart contract, on the other hand, as we have had the opportunity to mention, is something more than a simple contract, it is a contract whose clauses are triggered by themselves in the presence of certain conditions and which every time such conditions occur provides for the release of a certain amount of money (this is not exactly exact, but we will see it better shortly).

Let's take an example once again to understand each other better and this time let's imagine that Giulio rents his apartment to Roberto; the two can decide to manage this relationship with a simple smart contract that on the first day of each month unlocks the payment of the rent from Roberto's account to Giulio's.

In practice, what happens is that every day the program asks itself a question like "is today the first of the month?" if the answer to this question is yes, the payment of the rent starts automatically, otherwise no amount is moved from Roberto's account.

In other words, smart contracts could be defined as a set of "conditional statements" that are based on the classic IF-THEN-ELSE that every programmer knows well and that we could translate into a colloquial language with the following form "if the condition occurs X then execute instruction Y otherwise execute instruction Z ".

The concept is very simple so we try to define it in words to make it accessible to anyone, in practice the programmer sets a condition and if the condition is true the smart contract will perform a certain action; in the rental example, simplifying, the program follows this logical path: (IF) today is the first of the month (THEN) unlock the payment (OTHERWISE) check again tomorrow.

In the paragraph we wrote that a smart contract works and makes sense only when there is a sum of money to be moved; this is obviously not true at all and is just a simplification.

To be clear, let's imagine a blockchain on which it is possible to store photographs. To make sure that two different subjects do not upload the same photo twice, attributing it to two different people, we can use a very simple smart contract; in practice, when a user uploads a new photo, our smart contract verifies that the same image is not loaded twice on our blockchain. Here is the "reasoning" that the smart contract would follow: (IF) there is another identical photo (THEN) do not record the image on the blockchain (OTHERWISE) archive the new image.

In which sectors can smart contracts be used

The areas of use of smart contracts are potentially infinite and range from insurance (if an accident occurs, it pays compensation), to working relationships (it pays the payment upon delivery of the work), passing through intellectual property (as we saw in the previous paragraph ) up to potentially involving every possible sector of human activity.

Obviously, as anyone can understand, in this article we have dealt with some rather classic and very simple use cases, but a smart contract can be an extremely complex and sophisticated tool, such as when applied to fintech (let's imagine for example the case in which a smart contract is used to manage extremely complex financial products as in the case of the famous "derivatives").

Net of my simplifications, therefore, we should not underestimate the scope of this kind of tools that are extremely versatile and can be used to manage a large number of different needs, gradually becoming more and more complex to adapt to the different needs for which they are developed. .

The meaning of this article, in addition to explaining what a smart contract is and what the origins of these tools are, was first of all to demonstrate that, contrary to what can be read around, not all normal contracts can be transformed into smart contracts. ; the reason is not only in the nature and in the way in which these tools work but also in the actual usefulness of doing such an operation.

Reducing human intervention, automating and speeding up the management of an insurance practice, reducing the management costs of policies are all excellent reasons for extending the use of smart contracts in the insurance sector.

It was also important to highlight how the very term "smart contract" can confuse the ideas of those who do not have sufficient skills since more than a contract in the strict sense we are talking about real programs and as such we should continue to understand them; a smart contract, in other words, on closer analysis looks more like a software than a real contract and this appears true from every point of view you want to look at, from drafting to operation, from the opportunities it offers to different areas in which it can be used.

Just think, trivially, that a real contract can be canceled at any time by a judge while, in the current state of things, a smart contract "executes itself" upon the occurrence of certain conditions and, therefore, once these conditions are verify the instruction is executed and there is no longer any way to revoke it.

We have come to an end I hope I have clarified the meaning of "smart contract" for everyone, as always thanks if you have come this far and let me know what you think in the comments. 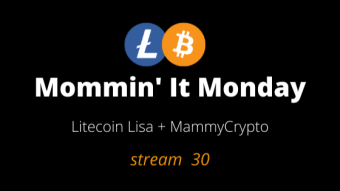 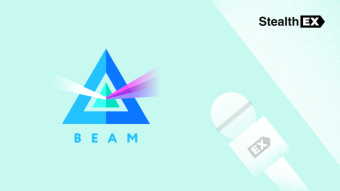