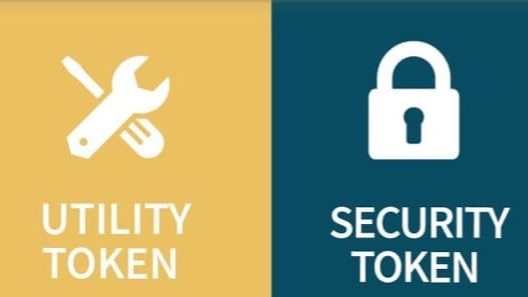 Security tokens or Utility tokens, what distinguishes them? Simply explained

Given that a token is basically the coin, or the exchange currency, of a blockchain, each project in the context of cryptocurrencies has a different purpose and can therefore be categorized.

A Security token is considered a financial asset in all respects, as if it were the action of a publicly traded company, while a Utility token is simply seen as a means of accessing a service, but is not intended as a financial investment.

The categorization in Security or Utility token is carried out by the SEC USA (Security Exchange Commission) which decides whether or not a cryptocurrency should comply with its own rules.

This decision is crucial from the investor's point of view as it establishes the investment method and the restrictions to be applied if the token is considered a security.

But why did this distinction come about and how is the decision made?

During 2017 the number of projects and the amount of investments in cryptocurrencies literally exploded.

With these, scams and troubles of various kinds have also multiplied.

The states then started to move to understand how to protect the investor and also put cryptocurrencies under their lens, in particular those still in the ICO phase.

The SEC establishes that a cryptocurrency is to be considered a Security if the purchase of the same is made with the sole purpose of making profits from the work of others.

If it is, then it is the SEC that regulates its investments and decides whether US investors can buy it or not and whether they should be accredited or not.

Furthermore, this implies that all exchanges that want to include a Security token must comply with the SEC rules.

A utility token is therefore a token which SEC does not consider as a form of financial investment.

For example, Ethereum and Bitcoin are not considered to be Security.

As mentioned, the primary factor for considering a token as Security is the fact that it is purchased for a return on investment.

Ethereum differs in that its token, the Ether, serves as a gas to run applications, Dapps, on its blockchain.

Likewise, Bitcoin is not considered Security, as it was conceived as a medium of exchange for goods and services.

This implies that both Bitcoin and Ethereum, the two most famous and used cryptocurrencies, can be listed and exchanged in exchanges that must not comply with the SEC rules, without thereby breaking the law.

In addition to the nature of the token, the fact that Ethereum is considered a Utility Token also has to do with decentralization.

Since the Ethereum blockchain is distributed and decentralized, there is no central organization on which to invest in the token with the sole purpose of making a profit.

The fact that the project is open source and that developers participate on a voluntary basis are also factors that contribute to the distinction with Security.     On the other hand, ICOs are hardly considered as Utility and, for the majority, are regulated as Security by the SEC.

Just the promises of extreme token gains that did not yet have a platform made the SEC intervene, and it is therefore clear why they are considered regardless of how Security.

This meant that regulated exchanges in the USA could no longer list new cryptocurrencies, given that the majority of the new tokens are distributed via ICO.