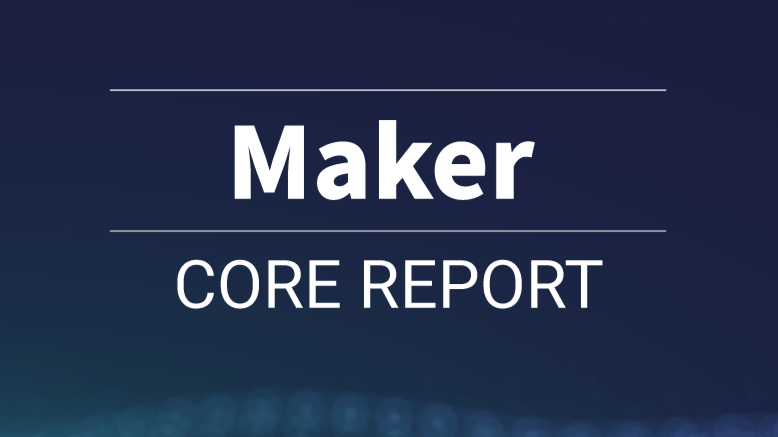 With Luna and UST D-E-D, Where Does Maker (MKR) Go from Here?? 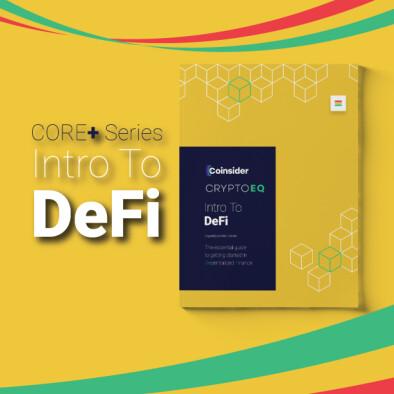 The Marker organization intends to remain a fully decentralized project and has committed to the first 13 Maker Improvement Proposals (MIPs) introduced in April 2020. MakerDAO hopes to remain a top influencer in the DeFi space and is also working on improving the bridge from layer 2 solutions, like Optimism, back to Ethereum layer 1 main chain.

As part of MakerDAO’s continued efforts to onboard users primarily from a cross-platform strategy, the protocol has announced and subsequently followed through with plans to expand the ecosystem onto more Layer 2 blockchains. The most recent example arrives in Maker’s integration with Starknet, an L2 solution offering a higher throughput of transactions in “bundling” transactions, in an attempt to enable users of the DAI stablecoin to transact and use DAI on the target platform. This ties closely into the previously established goal of developing a L2 to L2 DAI Wormhole promoting the fluidity of the transactions between the two blockchains. The bridge however remains under development and can be viewed here. Continual updates on the development of the bridge are likewise posted here, with the original ETA of the end of April moved to sometime during May 2022.

This development marks the first step in which Maker is attempting to test their highly proof-of-concept multi-chain transaction system, as the process is slated to occur in sequential “phases” consistent for 4 main targets. The first phase involves the release and public-use of the Maker to Starknet bridge, which is relatively simplistic in function and evidently serves as a crucial “stepping stone” to increased complexity and eventual implementation of the “teleportation” mechanism or DAI wormhole. Leading into the second phase, a L2 to L1 mechanism is introduced, allowing for “fast withdrawals” from the target L2 to an L1 via a permissionless and near-instantaneous induction of transactions. The third phase aims to accomplish the aforementioned L2 to L2 wormhole, contributing toward Maker’s efforts to maintain relevancy in dedicative efforts of expansion and thus secure the position as a major lending protocol within DeFi. Conclusively, the last phase involves the deployment of the multi-collateral DAI system facilitating the ability to use several types of collateral to lend DAI outside of the MakerDAO blockchain.

Previous endeavors to extend the presence of MakerDAO to other platforms are not only limited to Starknet – Optimism and Arbitrum are two attempts at further integration. The bridge for the Optimism L2 was released on July 2021, promoting the facilitation of cheaper transactions and the official condonement of the usage of DAI on the foreign blockchain. This marked one of the very first attempts by Maker at a primarily trustless system permitting users to transact their DAI across blockchain with little, if any, modification in user experience and drawbacks associated with bridges. The bridge is viewable here. Aside from these listed benefits, a major advantage is present via the services offered by Optimism allowing for lower transaction costs compared to the Ethereum L1 and an improved transactional validation speed.

The subsequent network to receive official support for DAI from MakerDAO was Arbitrum, leading to a highly anticipated launch on the target blockchain occurring in September 2021. As Arbitrum presented a similar goal to that of Optimism, for example, the benefits provided to users mostly related to the “optimistic rollup” function of the network(s) owing to the bundling and optimized handling of transactions.  The release of the bridge now presented users with a slew of new opportunities in the newly-developed ability to yield farm, provide liquidity, lend, and trade on the target platform positively influencing the use of DAI throughout the Arbitrum ecosystem. This would translate to a broader outreach to users on other platforms, significantly improving the diversity of the user base and fostering a multi-chain and thus multi-use ecosystem proving to be capably flexible.

The initial principles defining MakerDAO at the project’s inception coincided with that of conservationist efforts to reduce the impact of climate change and dedicate to causes that lead to solutions driving investments in clean energy sources. One of the first governance votes held within the MakerDAO community dealt with the community’s willingness for Maker to dedicate the platform toward practices and assets that promote a generally sustainable future. The founder of the MakerDAO lending protocol, Rune Christensen, had published an essay in September 2021 detailing a possible outline and a collective vision in which DAI and stakeholder governance are aligned with sustainable practices and climate-aligned assets/projects that are mindful and incorporate the effect of climate change on financial activity. Christensen additionally argues that this, as a result, largely benefits investors with a long-term mindset in the form of Climate Change Alpha, or essentially the return investors earn in investing in projects which feature initiatives and practices that factor in the effects of climate change.

In promoting a system composed of “transparency, stakeholder governance, [and] carefully designed incentives” he argues that DAI and governance alike contain the capacity to discover/build energy pathways that are sustainable while pushing for reward incentives pushing for increased adoption of such pathways. In this manner, Maker is well aligned to construct a vastly varied, yet specialized risk assessments for investments concerned with a long-term focus.

In terms of the MakerDAO ecosystem, this vision may influence the future goals of the platform, which is largely beneficial in a long-term sense as MakerDAO is actively pursuing and supporting business practices that are mindful of the potential impact of climate change on financial activity thus introducing an element of mitigating the effect of disruption in the operation of the business.

A recent proposal that Maker could raise funds

To greatly accelerate and ascertain that sufficient funds are available for the project’s ambitious plans to expand to other L2s and introduce DAI into a broad variety of DeFi applications, Maker is considering altering certain parts of their core revenue system to raise funds dedicated to the System Surplus (an emergency fund for the protection against uncertain elements that may induce a catastrophic event), assuming a notable deviation from the typical venture capital fundraising round. The funds present in the SS prove to be approximately $70m, which only accounts for a very minuscule percentage of total outstanding DAI which in turn increases the risk that Maker is not able to appropriately compensate in the occurrence of an adverse event, relying on the nature of the total amount of collateral necessary to mint DAI and the execution of collateral auctions.

The issue was consequently exacerbated in face of Maker’s efforts to expand the platform, as the funds simply were not sufficient to facilitate the development and resources necessary to establish a footing in several other platforms. In order to satisfy this growing demand and to properly account for the risk prevalent in the platform, the amount in SS would need to increase by a factor of 5 (x5) to around $300m – $350m. This way, the amount of funds available are able to be properly dedicated to the visions and goals of the protocol extending to propositions such as integration with Real-World Assets, Institutional Vaults, and Multi-Chain Efforts.

As a major influence in seeking models that would work best to foster growth in this reserve, Maker could potentially look toward adopting influences from TradFi (Traditional Finance) to incorporate into their revenue models. A highly speculated yet unconfirmed solution are the offerings of Hybrid Debt Vaults allowing for investors to deposit their DAI in fixed-rate perpetual. Within the context of Maker’s prior development and present efforts to develop solutions to satisfy such demands, the possible variation in approaches is an especially exciting prospect as it holds the potential to greatly influence future growth and expansion.