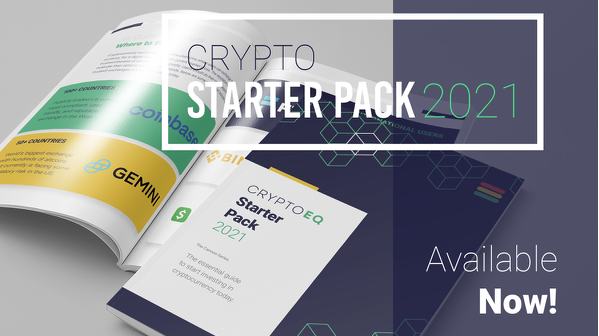 If you want more cryptocurrency analysis including full-length research reports, trading signals, and social media sentiment analysis, use the code "Publish0x" when subscribing to CryptoEQ.io to make your first month of CryptoEQ just $10!  Or just click the button below!

Ripple’s code is open source, and nearly 20 developers contributed to the code in 2021. However, just one individual accounted for >80% of the commits in the dev portal since the start of 2021. The rippled repo saw a more equal distribution of the code commits but again, only over 6-7 different individuals. Developer activity on GitHub averages about 5-7 commits per week since 2017 and ranks ~140th on project activity ranking website CryptoMiso. This is significantly fewer than the number of commits to the Bitcoin code each week, which has been averaging around 35 over the same time frame. The number of XRP commits, while not a perfect gauge of project health, has been steadily declining year over year since 2013, which could be a sign of a mature product, or conversely, a sign of stagnating development.

Operating in what may be considered essentially a trusted client-server system, Ripple shares some of the same vulnerabilities that a standard client-server infrastructure would experience. If one trusted validator node gets hacked by gaining unauthorized access, the entire system and its transactions are much more at risk than if one node in the Bitcoin protocol was acting maliciously. This is simply a conscious tradeoff made for higher performance but at the cost of introducing overlapping, highly-trusted nodes.

Furthermore, Ripple’s founder, Jed McCaleb, moved on from Ripple and created another cryptocurrency called Stellar. Stellar is very similar to Ripple in terms of project structure, premine, central entity parent company, and wealth centralization. However, while Ripple the company has control over the Ripple network and can indirectly have funds frozen, Stellar does not have a for-profit company in control of its network. Therefore, Stellar may be able to compete with Ripple and cut into Ripple’s market share by boasting of a greater degree of decentralization. In addition to Stellar announcing a partnership with banks in March 2019, XRP’s use case as a bank-friendly coin has gained further competition from actual central bank digital currencies (CBDCs) and the proliferation of private stablecoins. Nearly all of these projects may be able to outcompete XRP in price stability, a critical component of any bridge currency that cannot be ignored.

In addition to increasing competition, XRP suffers as a cryptocurrency from its own token distribution, centralization, economics, and use case as a bridge currency. Roughly 60% of all XRP is owned/controlled by Ripple, which can be spent or sold at their discretion, essentially controlling the supply and diluting current token holders. The fact that Ripple Labs Inc. controls a majority share of the XRP supply subjects every token holder to systematic risks at the whims of one company. Moreover, Ripple can and has actively intervened to freeze users’ funds nullifying any illusion of censorship resistance or immutability. This means the current architecture of the XRP ecosystem has made Ripple Labs Inc., relatively speaking, a more centralized and powerful version of a central bank, only with an obligation to shareholders for profit at all costs.

The economic issues with XRP center around the fact that there are 100 billion XRP in circulation, and the amount of XRP destroyed per transaction in fees is miniscule (~10 tokens are destroyed per million transactions). At this burn rate, even if banks choose to use XRP, they do not need to hold a large amount to suit their transactional needs. This and the combination of high token velocity both suppress buy-side pressure on the asset. Not only do banks need an insignificant amount of XRP to operate, retail investors, the majority of XRP holders outside of Ripple, have (next to) zero need for XRP. Retail holders are merely speculating on price, in turn increasing the volatility in the actual use case as a bridge currency for banks and cross border payments. This deters banks or any other financial services provider aside from exchanges from holding the asset on their books.

The final obstacle is that XRP is not, in many instances, required or needed for banks to settle transactions within the Ripple protocol. Ripple Labs’ current initiative to lump all three products together under the RippleNet umbrella does little more than to help blur the lines into which products are actually being used: ones involving the use of XRP vs. the ones that do not. Banks, in many cases, can settle cross border payments simpler and with less volatility using traditional currencies (USD, Euro, etc.) where adequate liquidity exists and potentially use XRP for smaller niche, more illiquid settlements.

Additional concerns were raised by a Bitmex report reviewing Ripple and XRP’s history. In it, Bitmex revealed that some 32,570 blocks at the start of the blockchain contain missing headers, an early transparency and auditability flaw for a project marketed to banks. They also discovered that Ripple controlled all the public keys issued when attempting to download the Ripple software.