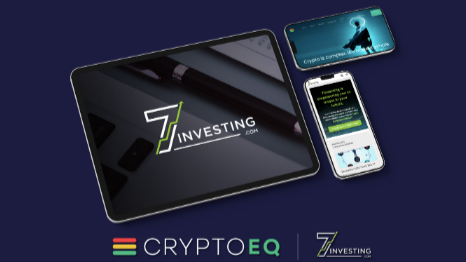 We recently partnered up with 7investing to help investors get a better, consolidated view of the opportunities in both equities and cryptocurrencies. 7investing provides its top-seven stock market recommendations every month, while we provide our top-rated cryptocurrencies. This month, our teams discuss the impact of rising inflation, the macro-economic environment, CBDCs, and more!

Simon Erickson, 7Investing: “But let’s close this out Rayven with one more final story about the Fed, and its chairman chatting about the central bank. Obviously a lot of talk about inflation…”

The entire cryptocurrency market has been continuously hampered in 2022 due to the signaling of negative macro headwinds from the Federal Reserve beginning back in November 2021. The U.S. Federal Reserve has stated and/or hinted that interest rate hikes and, potentially, quantitative tightening will arrive later this year, sending tech stocks and risk-on assets like crypto into a downward trajectory. The recent sell-off has seen larger than usual correlations to equities while also being one of the largest drawdowns in Bitcoin since the March 2020 COVID liquidation event. 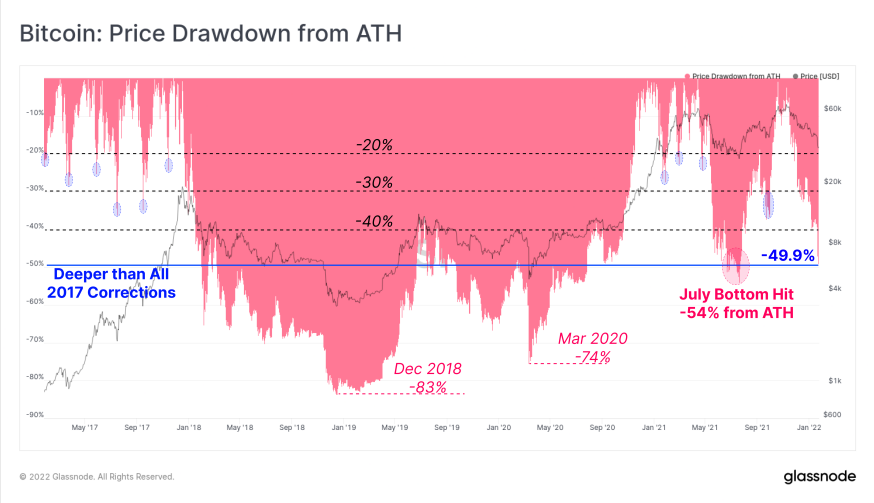 Head of the U.S. Federal Reserve, Jerome Powell, stated in an FOMC meeting this week that the U.S. Central Bank intends to raise interest rates in March, with more rate hikes to follow until inflation is curbed. The Fed is having to walk a tight-rope: either raise rates (too) aggressively and push the economy into a recession or, act too dovish and allow inflation to persist.

Due to the Feds messaging and the perceived end of “cheap money” and the “Fed put” (formerly known as the Greenspan Put), investors are seeking safe, stable investment options rather than high-risk, high-return investment options such as equities and crypto. Higher interest rates make borrowing more expensive and make investing in risky assets, like crypto, less palatable.

U.S. policymakers are messaging a move towards aggressive interest rate hikes in response to the recent surging inflation numbers. In December 2021, inflation in the country reached 7%, a 39-year high, in the government’s official CPI numbers. This is well above the targeted 2% inflation rate and is, arguably, an underestimate for most parts of the country. 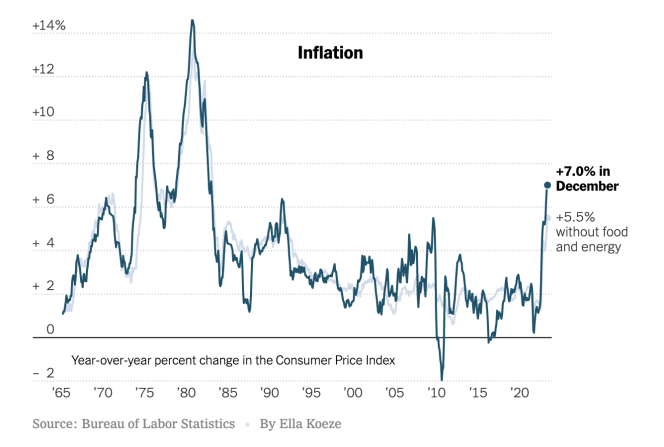 Quantitative tightening, the opposite of Quantitative easing, attempts to reduce the amount of money in circulation. Yes, precisely the opposite action of what the government did, by the trillions, just ~two years ago in response to COVID. The Fed is posturing that it will stop bond purchases and the pumping of new money into the US economy by Q1-Q2 and could begin raising interest rates in Q2.

Moving forward in 2022, investors in both legacy and crypto markets will likely continue to be impacted by macro narratives such as inflation numbers, the Federal Reserve's messaging, and the increasing likelihood of geopolitical tension stemming from Russia or China.

Rayven Moore, CryptoEQ: “Jerome Powell testified in front of Congress earlier this past week. And there’s a report coming out soon from the Fed that’s going to be on stable coins and a potential for a central bank digital currency. So the Fed is actively looking into whether or not this will be something that the US could do, which would be digitizing the dollar. So, still very early.”

This month, the Federal Reserve released its long-awaited report on a U.S. digital dollar.  Originally expected in the summer of 2021, the report was delayed until now. Many hoped that the substantial delay meant the Fed was taking its time to deliver an impactful first step into the Central Bank Digital Currency (CBDC) conversation. However, if investors were looking for a “hot take” from the governing body, they were left whole-heartedly disappointed. The report explores the pros and cons of a U.S. CBDC but, ultimately, the report does not take a firm stance on either side of the debate. Rather, it discusses some of the benefits of a CBDC, like speeding up settlement times, and the downsides, like financial stability risks and user privacy protection.

Marketed as “the first step in a public discussion between the Federal Reserve and stakeholders about central bank digital currencies,” this report seems to be just the first in a long series of discussions around the topic. Meanwhile, China leads the way in beta testing its own digital yuan, including at next month’s Winter Olympics, while South Korea just finished a preliminary test.

On a similar note, in addition to the Fed’s report on CBDCs, it was reported in January that the Biden administration is preparing to release its own initial government-wide strategy for digital assets via executive order. Initial reports on the matter believe the White House is looking to make itself more central and powerful in regulating digital assets, rather than the scattered approach with various agencies like the SEC, CFTC, and the Department of Justice separately handling cryptocurrency-related legal issues in recent years.

Unveiling a cohesive, clear, and coherent government-level mandate around crypto could be the clarification and signaling many major industries need to finally feel comfortable entering the space. Alternatively, if the mandate is poorly written or overly restrictive, it could hamper the industry that is already reeling from the Fed’s new hawkish policies.