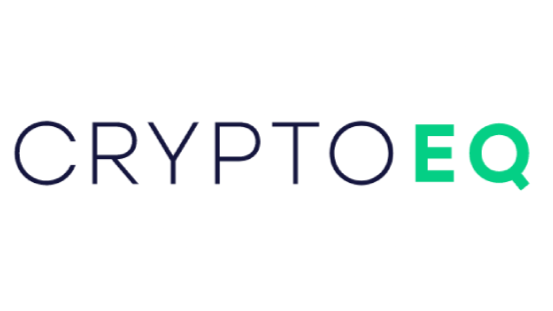 Polkadot is a shared-security platform that is secured by its native tokens, DOT. The Polkadot network can be compared to the United Nations whereas traditionally siloed blockchains are individual nations. The UN consists of many nations and provides resources and security to its members. When nations become members, they allocate information and resources to the UN in exchange for inclusion in the UN’s community of diplomatic entities and a greater security network. If the new member has weak defenses, the added protection of the UN’s uniform security bolsters their own defenses.

The native token and currency of the Polkadot network are DOT. DOT is used within the Polkadot ecosystem for staking, bonding, transactions, and governance decisions.

Polkadot is solving the isolated blockchain obstacle by providing a secure, interoperable platform in which independent blockchains can seamlessly transfer arbitrary data between one another. This applies to all blockchain networks as current blockchain iterations only function within their native blockchain by design. As such, the current total addressable market for Polkadot is ~$330 billion, roughly the total market cap of the entire crypto space. As the crypto space continues to grow over the next decade with scaling solutions and user adoption, Polkadot’s total addressable market could increase into trillions.

At the network's genesis, a total of 10 million DOT were created as a native token. The initial supply was later redenominated by a community vote that increased token account balances by 100x. The following allocations were established during the initial raise:

Polkadot raised 3,982.07 BTC in a private sale in July 2017- worth around $43 million at the time. DOT tokens were listed for $125 at the time of sale.  The sale was also not available to any Chinese or American citizens due to regulatory concerns. 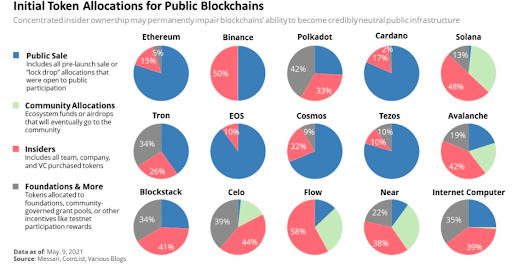 Notably during the early stages of the project,  in November 2017, a vulnerability was exploited in the Parity multi-sig wallet containing over 500,000 ETH, including ~$90 million raised through the Polkadot ICO equaling around 66% of Polkadot’s token sale proceeds. These funds, to this day, are still currently frozen. Even if the funds are ultimately forever lost, the Parity team does not believe this will impact their development roadmap.

Polkadot has raised $183.7M in funding over 9 rounds. Their latest funding was raised on Jul 27, 2020, from an Initial Coin Offering round. Polkadot is funded by 11 investors. Kenzi Wang and IOSG Ventures are the most recent investors.

Polkadot does not have a fixed total supply but instead uses a dynamic inflationary model determined by the network's proof-of-stake (PoS) system. Inflation is designed to be ~10% in the first year with an ideal staking ratio of 50%. If these ideal staking conditions are met, 100% of the inflation goes to the validators as payment for securing the network. If the staking rate is greater than or less than 50%, the validators receive fewer rewards, and the difference is sent to a treasury fund. This 10% inflation rate has considered both minting and burning tokens and therefore should not be regarded as an upper limit. Once parachains launch (planned for November 2021), DOT expects the ideal staking rate to drop to 50% and will adjust the inflation mechanics accordingly. The amount of DOT staked currently sits at ~57%. 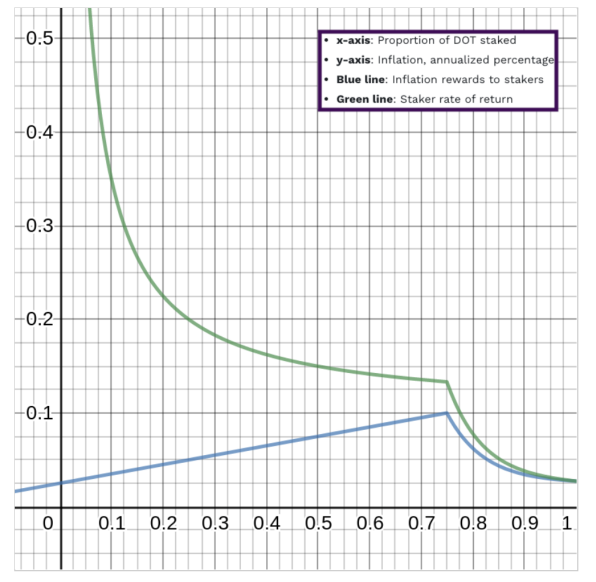 Within the network, a staker will also receive transaction and slashing fees based on an adjustable parameter via governance. It is originally suggested that 20% will go to block producers and the other 80% will go to the treasury (instead of burning) to better control inflation/deflation.

The current circulating supply is ~925,100,000 DOT out of a total supply of 987,964,778. Data aggregator stakingrewards.com estimates that currently, the real annual rewards for delegating DOT tokens (reward minus network inflation) is 4.1% and the annual rewards for running a validator node is 4.9%.

In July 2020, the first official Polkadot governance poll for DOT holders was conducted on DOT token holders to vote on whether the token should be redenominated, similar to a traditional stock split. 86% of the community favored a new DOT denomination where now 100 DOT tokens would be equivalent to a single DOT token pre-redenomination. Only 4% of the voting group voted in favor of keeping the existing denomination.