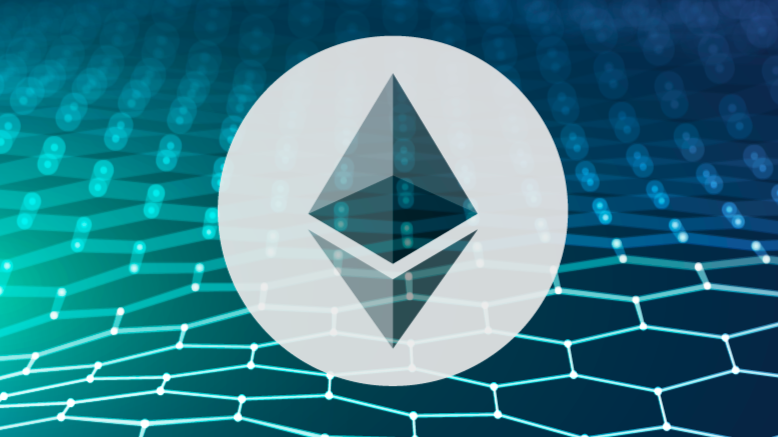 Ethereum (ETH) Layer 2 Arbitrum... Is It Worth Using?

Rollups are a relatively new L2 solution being implemented on Ethereum that enable exponential scalability gains without sacrificing security. The primary innovation of rollups are that they move computation off-chain, while storing only the bare minimum of transaction data on-chain. The rollup chain handles all of the expensive and computationally-dense data processing, enabling exponential growth in Ethereum’s ability to execute transactions. Again, in its simplest form, the rollup chain executes the Ethereum transactions on its own chain, “rolls” them up into one batch, and Ethereum receives and stores the results. However, in order to do so, the Ethereum mainnet needs some way to verify that the transactions that happen off-chain are valid. So, how does Ethereum determine that submitted data from a rollup is valid and bot submitted by a bad actor?

The answer is cryptographic proofs, like validity proofs for ZK-rollups (ZKRU) and fraud proofs for Optimistic rollups (OR). Each rollup deploys a set of smart contracts on L1 Ethereum that are responsible for processing deposits/withdrawals and verifying the submitted proofs.

Further, rollups generate a cryptographic proof (called a “SNARK”), and then submit only the proof to the base layer. The “batch” that’s rolled up is periodically posted to mainnet Ethereum and contains the net outcomes of many different transactions as they occurred on the rollup layer. This data is verified and updated by the rollup operator every time the L2 advances its state. Therefore, L2 execution and L1 data update in lockstep.

This removes the burden of data on Layer 1 while also allowing Layer 2 transaction data to be available on Layer 1 for validation. Rollups remove everything from being done on-chain (monolithic) to the Ethereum mainnet now serving as the settlement layer for off-chain L2 interactions (modular design).

With rollups, Ethereum can go from ~25 to 3,000+ TPS without sacrificing security. What makes rollups such an attractive scalability technology is the fact that users' funds cannot be stolen or censored (as is the case on some sidechains) and that no one can prevent users from exiting the rollup whenever they wish. Users can always access data on L1 to safely exit the rollup chain with their funds.

In previous sections, EVM-compatible sidechains and their potential benefits to Ethereum were discussed. Similarly, other alternative L1 blockchains like Polkadot, Solana, Cosmos, and NEAR could theoretically become rollups to Ethereum if they created a bridge that adheres to the rollup technical design pattern and post their data to Ethereum. This is a plausible future if alternative L1s fail to distinguish themselves and rollups on Ethereum become cheaper than competing chains.

Despite being extremely nascent, rollups are already significantly reducing fees for many Ethereum users. l2fees.info frequently shows Optimism and Arbitrum providing fees that are ~3-8 times lower than the Ethereum base layer itself, and ZK-rollups, which have better data compression and can avoid including signatures, have fees ~40-100 times lower than the base layer. 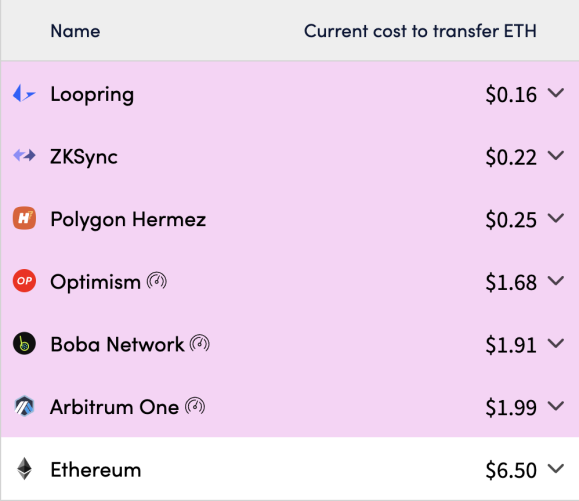 Arbitrum is an optimistic rollup L2 built by the Offchain Labs team. The currently-live implementation is called Arbitrum One and utilizes fraud proofs, on-chain call data availability, a ~1 day withdrawal period, and a special type of node called a sequencer. Offchain Labs currently operates Arbitrum's sequencer, which has the ability to control the ordering of transactions. This early-stage centralization was mentioned previously and is not solely applicable to Arbitrum.

While both are optimistic rollups, Arbitrum has some key differences from its counterpart, Optimism. One critical difference is Optimism OVM 2.0 is EVM-equivalent, running directly inside the EVM, while Arbitrum One is only EMV-compatible. This reduces code complexity and audit surface for Optimism. Arbitrum's AVM lacks EVM-equivalence because it’s consciously optimized for more compact fraud proofs, but at the expense of implementation complexity.

Both are still incredibly easier to work with for developers than ZK-rollups, but the Optimism EVM equivalence reduces all friction.

Arbitrum One is currently the L2 network that has the highest TVL. For an overview of the Arbitrum ecosystem of applications, see the Arbitrum Portal. Binance has open withdrawals to Arbitrum, becoming one of the first exchanges to open an on-ramp to Ethereum’s layer 2. As of late January 2022, Huobi opened deposits and withdrawals of ETH into and out of Arbitrum One, as well. Crypto.com has announced support for Polygon and Arbitrum, continuing the trend. Additionally, Arbitrum has partnered with Chainlink nodes and oracles to provide its validation services. This is a positive as Chainlink is already utilized in hundreds of Ethereum L1 projects and will bring the same security and composability to L2.

While Arbitrum is off to a hot start, it is not without its issues. In January 2022, the Arbitrum rollup network came to a halt. Offchain Labs released a post-mortem explaining the issue was due to the main sequencer experiencing a hardware failure during a software upgrade. This issue cascaded down the system, preventing even the redundancy measures in place from working. Eventually the issue was corrected and it is back to full functionality. During the downtime, no funds were at risk (thank you rollup!) but no transactions could be executed including deposits and withdrawals. 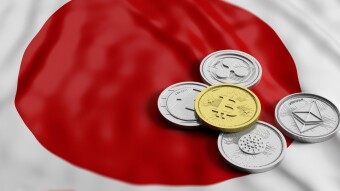 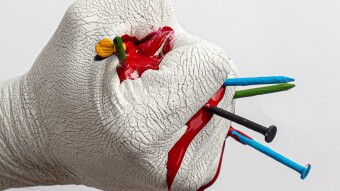 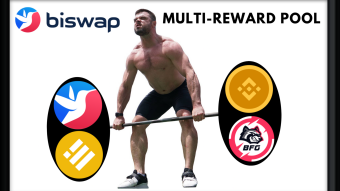