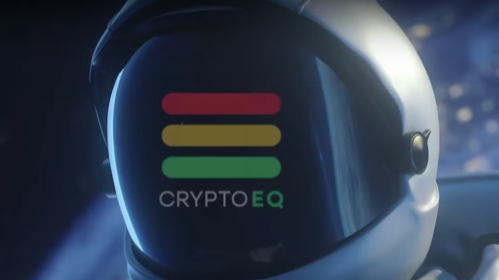 The Central African Republic has legalized the use of cryptocurrency in a new law that lets citizens use crypto for taxes and business payments. The Central African Republic’s adoption of Bitcoin (BTC) essentially means crypto exists side by side with the incumbent currency: Central African Franc (XAF). The XAF is currently used across six countries in Central Africa, often underperforming other fiat currencies. While progressive, the announcement is mostly symbolic as less than 15% of the country has internet access and a per capita income of around $400.

In April, the Panamanian Legislative Assembly passed a bill that “regulates the trading and use of crypto assets, the issuance of digital value, tokenization of precious metals and other assets, payment systems and other provisions.” The last hurdle for the bill lies with the president who can either sign it into law (expected) or veto outright.

Residents in Buenos Aires, Argentina will soon be able to pay their taxes using cryptocurrencies. This is in addition to another recent law passed in which employers can pay up to 20% of their employees’ salary in crypto and proposed a blockchain-based digital identity platform.

China has taken the lead by going a long way towards banning both the use of crypto as a means of payment and Bitcoin mining. Egypt, Morocco, Algeria, Bolivia, Bangladesh, and Nepal have followed China’s lead.

Countries that have restricted the ability of banks to deal with cryptoassets or prohibited their use for payment transactions include Nigeria, Namibia, Colombia, Ecuador, Saudi Arabia, Jordan, Turkey, Iran, Indonesia, Vietnam, and Russia.

At the end of April, Yuga Labs of Bored Ape Yacht Club fame launched their much anticipated “Otherside” metaverse land NFT mint on Ethereum and, with it, causing the largest Ethereum gas spike in history. Although the team posted they were taking steps to “dramatically soften the potential for a massive gas war” before the launch, the mint ended up sending daily average gas price to over 800 GWEI and costing over $150 million in spent gas fees.

The spike is gas was part exuberance around the project and part poorly optimized smart contratc code. The smart contract used during the mint was not optimized for gas efficiency. Optimizations alone could have potentially saved tens of millions of dollars in transaction fees.

In the past, researchers NiftyTable and TakensTheorem did a thorough data analysis on NFT gas wars and suggested ways to avoid them. The Paradigm team also published an extensive report on designing effective NFT launches late last year.