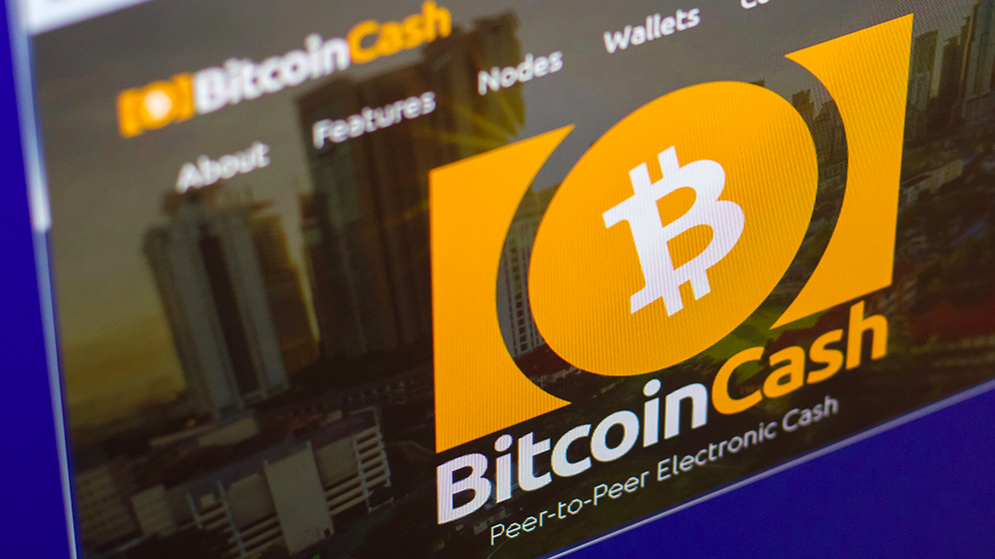 Bitcoin Cash (BCH) Price Is Grabbing the Attention! Should You Reconsider BCH?!

To answer the question succinctly, no, our views (and rating) have not changed around BCH. The sad truth is that because we are in the midst of a bull market, everything goes up, even the less deserving projects. BCH adoption benefits greatly due to the fact that it is so similar to BTC from a code standpoint and that the price of one BCH is only a fraction of one BTC. When a company like PayPal or Venmo decides that they will add support for BTC, it is very trivial from a time and technical standpoint to also add support for Bitcoin Cash (and Litecoin). So, for the company, they can add another ~$40 billion in coins that could be traded on their platform by just doing another ~1% of work. It's a no-brainer for them even though it means, in my opinion, they are contributing to keeping these dead chains (BCH) alive. Forked projects like BCH and LTC are essentially "riding BTC's coattails" and benefiting from unit bias.   Check any project over the last 6-12 months and all their metrics have probably improved. However, compare BCH price, hash power, nodes, institutional adoption, wallets, etc. to BTC metrics, and I can assure you it is a different story.    Below is an short refresher on all things BCH which further explain why this pump is almost certainly fleeting. If you want more BCH content as well as other top 30 coins, use the code "Publish0x" when subscribing to CryptoEQ.io to make your first month of CryptoEQ just $10!

Bitcoin Cash is not the same as Bitcoin, but is a different version called a hard fork that was brought about by the idea that Bitcoin was failing to live up to its originally stated goal of serving as “electronic cash”. Bitcoin Cash (BCH) proponents felt that the solution to this problem was to break away from Bitcoin in order to embrace alternative solutions to address network scalability, rising transaction fees, and the inability to conduct micro-transactions.

BCH is, according to its proponents, an attempt to recapture the original vision for BTC: the creation of peer-to-peer electronic cash. To that end, the main differentiating factor between BCH and its more established ancestor, — —BTC, —is the chosen roadmap to attack the scalability problem. While BCH has undoubtedly left its mark on the future of cryptocurrency by lowering transaction fees and presenting alternative scalability solutions, we are far from describing its decision to fork as having led to a success nor it a better electronic cash than BTC. While BCH is no small actor in the crypto space — —consistently hovering in the top 10 assets by volume — —BTC remains by far the dominant actor in the cryptocurrency market, while Ethereum looms large in the sectors that BCH appears to be considering as secondary target use cases.

The technology that undergirds BCH is identical in most respects to the tried and true backbone of BTC, with the exception of BCH’s highly contentious increased block size and refusal of segwit. BCH hosts a 21 million supply cap, Proof of Work and Nakamoto consensus algorithm, and 10 minute block times. BCH emphasizes potential second layers solutions more than BTC, which prefers methodical, unified change (read more in our BTC report). However, it would be difficult at present to make the argument that any of the proposed second layer solutions provide a material advantage over BTC. On the contrary, early evidence appears to show that segwit is working quite well, eroding the theoretical comparative advantage of BCH. More time will ultimately need to pass in order to declare a winner; however, since the fork from BTC, BCH has encountered a host of its own problems (including another fork of its own) while BTC remains the top cryptocurrency by almost any metric.

The economics behind BCH mirror those of BTC closely. That said, part of the strength of this structure was the novelty of it when introduced by BTC originally, and since then, other assets like LTC and new stablecoins have attempted to address the aforementioned scalability and medium of exchange issue. For this reason, BCH lacks the benefit of the first-mover advantage in adopting this creative but as of yet unproven medium of exchange, deflationary economic structure. Finally, BCH is exposed to some downside risk due to the excessive centralization and potential manipulation on the part of Roger Ver and Bitmain. With such a large portion of BCH’s supply controlled by a select few actors, the potential for unforeseen volatility is heightened.

BCH recently underwent its first “havling” in early April 2020, reducing the block reward from 12.5 BCH to 6.25 BCH. Following its halving, the network experienced an 83 percent decline in block speed, with miners leaving the chain to seek more profitability elsewhere (Bitcoin). As a result, the cost of a one-hour 51 percent attack plunged to $7,500.

Immediately following the halving , the transactions on-chain stagnated with the next block (block 630,001) taking nearly two hours to be mined. However, the average block time eventually reduced from 100 minutes to 18 minutes. While Bitcoin Cash can theoretically handle 100+ transactions per second, the actual rate fell to just 1.11 TPS, indicating the continued slowdown of economic activity on the network.

The governance structure of BCH is, in design, a replica of the Bitcoin’s off-chain governance: a decentralized voting system governed by hash rate alone. In practice, BCH’s decentralization manifested itself in the fact that there were three different implementations of BCH, each with their own teams and corresponding governance structures, which made for a complicated overall governance ecosystem that ultimately led to an explosive BCH hard fork.

This splintering, in turn, reduces the power of the overall ecosystem as the hash power is further fractionalized. This is the current reality of BCH as the hard fork has left the overall community weaker than pre-split. Ultimately, it will be up to the miners to decide, but at present the future of BCH is not well established.

There is, as will be covered it the Team section, a figurehead considered to be the main voice of Bitcoin Cash: Roger Ver. In addition to Roger, the other players of great importance to the governance of BCH given the mining power they represent include the Chinese firm Bitmain, Chinese firm ViaBTC, Bitcoin.com’s pool, and the aforementioned Bitcoin ABC. These actors and others will be discussed more in-depth in the Team section.

Bugs have been discovered in the BCH codebase, including a “critical vulnerability” discovered by a BTC developer who benevolently alerted the core BCH developers before any malicious actors could take advantage of it for nefarious purposes.

The threat of a 51% attack against BCH remains ever-present considering it is such a highly contentious project with a fork of its own, BSV. The cost in Q2 2020 to run a 51% attack against BCH is estimated to be $13,000 per hour making it the 9th most expensive PoW coin to attack. The substantial decline in hashrate of BCH in 2019 is concerning as it makes a malicious 51% attack against the network more likely. Two miners successfully conducted a 51% attack in May 2019, although the motive was to undo transactions by a bad actor.

BCH recently underwent its first “havling” in early April 2020, reducing the block reward from 12.5 BCH to 6.25 BCH. Following its halving, the network experienced an 83 percent decline in block speed, with miners leaving the chain to seek more profitability elsewhere (Bitcoin). As a result, the cost of a one-hour 51 percent attack plunged to $7,500.

The figureheads/leaders of BCH, their reputations, and tactics in the project are a cause of concern to many. The BCH community overtook and continues to run the r/btc subreddit and bitcoin.com website to promote BCH material, causing confusion for many newcomers and arguably purposely misleading them. A report in May 2019 outlined that one BCH whale was responsible for over 50% of all the network transactions leading to questions around actual network usage and health, centralization concerns, and trivial/false on-chain metrics used to disguise an inactive blockchain.

BCH has a relatively large community, including a vibrant presence on Reddit that forms the main forum for community engagement and updates. Additionally, the community overtook and runs the r/btc subreddit to promote BCH material, causing confusion for many newcomers and arguably purposely misleading them. Other BCH enthusiasts can engage on the previously mentioned BCH-based Twitter-like platform Memo.

Daily BCH volume is generally over $1 billion USD, with a market cap over $4 billion as of October 2019. BCH is listed on over 50 exchanges including top names like Coinbase, Binance, Huobi, and others.

BCH has also garnered a few noteworthy partnerships. Perhaps the most significant partnership thus far is with BitPay, who announced in early 2018 that their merchants would be able to use BCH as a payment method.

Finally, even though the variety of extant partnerships of which BCH can boast is noteworthy at face value, one must ask if the ends justify the means. BCH’s reputation is marred in many ways by the various propaganda-like tactics employed by Ver and other main BCH proponents, making it difficult to discern how much of BCH’s present value is a derivative of fundamental worth as opposed to manipulation.

There are few groups as impressive as that associated with the development and promulgation of BCH and the primary BCH Developers. That said, the group described is not a team per se, but rather a stratified group of contributors whose perspectives are far from always aligning, as exemplified by the feud between Craig Wright (Bitcoin SV) vs. Amaury Sechet (Bitcoin ABC) that led to the hard fork.

Roger Ver is the most prominent figure associated with BCH. His claim to fame is being one of the earliest investors in various major BTC-related startups including Bitcoin.com, Blockchain.com, Zcash, BitPay, Kraken, and Purse.io. Once one of Bitcoin’s most well-known advocates, his role is now that of BCH’s figure head, serving as the main public proponent of BCH, in particular by comparing it to BTC and arguing that BCH represents the true pursuit of Satoshi’s original vision.

Jihan Wu is the co-founder and former CEO of Bitmain. His work in the BTC mining space have made him into a billionaire, and he commands a great deal of power in mining-related circles in particular, as well as the crypto space writ large. He is arguably the second most publicly visible representative of BCH behind Roger Ver. Jihan’s importance to the future of BHC is inarguable but his clout within Bitmain has swooned in 2019 as their plans for an IPO fell through and he was demoted from CEO.

Amaury Sechet is a head developer of BCH. His role as head developer has positioned him as a technical thought leader with a clear and uncompromising vision for BCH, as well as one of the main code-contributors to the project.