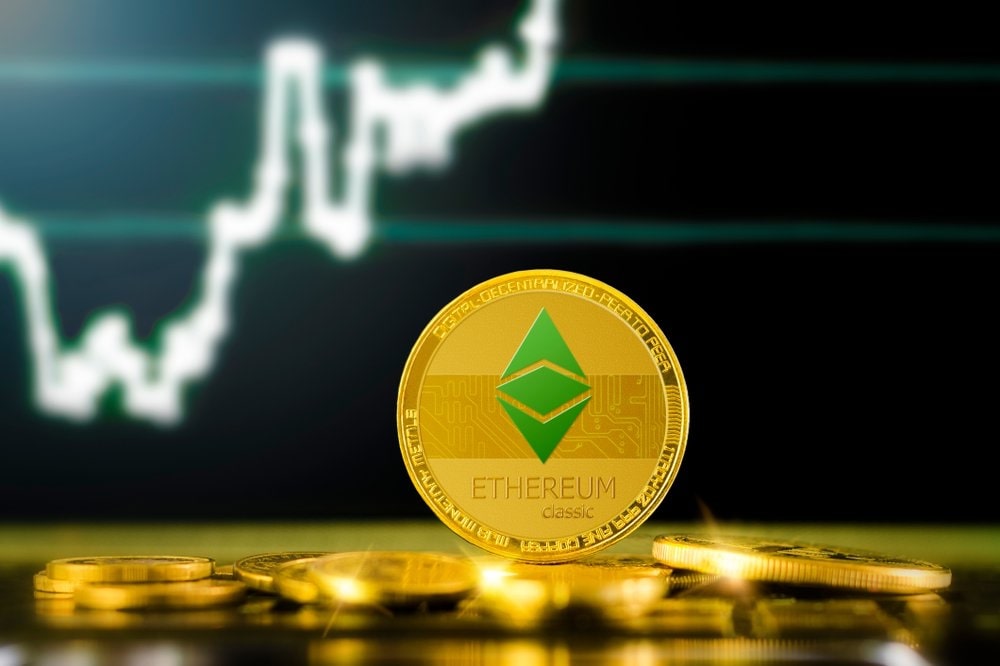 While nearly all the coins in the top 100 in terms of market capitalization are in red today, Ethereum Classic (ETC) remained the only green spot among the top 20 largest tokens on Wednesday.

Its 24-hour gains fluctuated from 12% to less than 1% and still might turn red as Bitcoin price dropped below USD 10,000 today.

The ETC/USD pair on Tuesday morning European time saw a massive spike in price of nearly 8% over the course of just one hour, bringing the coin well above the USD 6 mark on strong trading volumes across multiple exchanges. However, the coin later corrected lower again, losing about 7% from its peak to bottom during early European trading on Wednesday.

Measured against Ethereum (ETH), however, the ETC’s surge was even stronger (currently, +7%), with a persistent uptrend following the spike yesterday.

Despite now entering a more volatile phase, and correcting lower on Wednesday, ETC still managed to maintain some degree of resilience compared with the negative sentiment that has characterized the rest of the crypto market today.

Data from Coinpaprika also confirm that trading volumes in ETC has continued to strengthen across exchanges over the past two days – a sign that traders are taking notice of what is going on.

As the spike drew the attention of many members of the crypto community, some observers, including CEO Su Zhu of Three Arrows Capital, point to an upcoming planned hard fork in ETC that is expected to occur on September 13 as a likely reason for the sudden interest.

Although the fork has been long planned, and thus should not come as a surprise, events like these tend to draw the attention of traders, with some eyeing opportunities to turn a profit ahead of the fork. Moreover, additional details about the fork were announced on August 19.

According to an article by Stevan Lohja, Technology Coordinator at Ethereum Classic Labs, the hard fork is a planned upgrade to the Ethereum Classic protocol, and is nothing out of the ordinary.

The upgrade, dubbed “Atlantis,” will implement Ethereum’s Byzantium and Spurious Dragon upgrades to the ETC network, which includes several technical improvements to the protocol.

Meanwhile, blockchain-focused blogger Donald McIntyre (Etherplan), in an article published on August 20 estimated that Ethereum Classic will be used as a base layer system for other blockchains such as Ethereum 2.0. This might give ETC a new use-case, which could potentially drive up demand for the coin.