For years, commentators and crypto publications have hyped up the coming “blockchain revolution”. The future, they say, will see blockchain/crypto/ledger tech becoming a dominant force in business, and that coin prices will reflect this dominance. One of the supposed drivers of this revolution will be smart contracts everywhere, controlling insurance payouts, gaming rewards, media subscriptions, and just about every other aspect of our lives. Along with DApps, this is supposed to be the future of crypto adoption.

There is just one problem with that prediction: smart contracts (and blockchain more generally) have no connection with the real world. On their own, these data structures are cryptographically-programmed noise. Blockchain platforms like Ethereum can’t integrate with data from external sources; you can’t send an email to the blockchain, for example. This is a necessary limitation since blockchains use a strict input/output protocol to guarantee their secure functioning. In contrast, normal data on the internet can be transmitted and converted into a million different datatypes. You can ping any website, but you can’t ping a blockchain.

This is where projects like Chainlink (LINK) come in. Chainlink is an oracle platform. Its purpose is to provide a trusted data layer between the real world (your insurance policy, your gaming service, your media subscriptions) and the strict rules of the blockchain. In ancient times, an oracle was “a person or agency considered to provide wise and insightful counsel or prophetic predictions”. Chainlink is one of the leading providers of oracle solutions which hope to integrate blockchain technology with everyday life.

Chainlink have placed themselves in a good position to lead the way in the oracle market, even announcing a partnership with Google to explore these possibilities further. Crucially, unlike other oracles solutions, Chainlink is intended to be a decentralised oracle system with no single point of failure.

In this review, I will give you a wide and analytical view of the Chainlink project; what it does, how it has been progressing, who its competitors are, and what its prospects are for the future.

History of the Chainlink project

The idea of smart contracts has been around for a long time (even mentioned in the original Bitcoin whitepaper) but only recently are they actually nearing widespread adoption. In 2014, Sergey Nazarov founded a research group called smartcontract.com which eventually morphed into Chainlink. Nazarov is a seasoned entrepreneur who previously founded a decentralised email service (CryptoMail) and an NXT-based exchange called Secure Asset Exchange (SEA). He was joined as the driving force behind the project by Steve Ellis. Ellis was Sergey’s collaborator on smartcontract.com and SEA, and is an ex-engineer for Pivotal Labs.

A schematic of the basic functioning of Chainlink, from their whitepaper (2017)

Nazarov, in particular, is something of a crypto visionary. He has worked with tech investment firms and knows the industry well, and it should be noted that he outlined the concept behind Chainlink years before Ethereum even existed.

Chainlink have released a set amount of LINK to underpin their system. 35% was made available during the token sale, 35% was allocated for network incentives, and 30% was reserved by the project itself to develop the platform.

The token sale took part in 2 phases: a private pre-sale and the crowdsale. The overall funding goal for the sale was $32m, which they comfortably reached. The private presale started a few weeks before the crowdsale in September 2017, and it ran for one month, after which the remaining tokens would be put on sale for the rest of the community.

The presale had a much higher minimum entry amount (100 ETH). The founders implied to the community that half of the $32m worth of LINK would still be available after the private presale, but this turned out to be a controversial untruth (see the “controversies” section below). In the end, only 10% of the tokens were still available.

Since the ICO, the LINK price has done well, at some points being the best performing coin on the market (especially during a massive bull-run in July of 2019). It has a lively online following, which mainly started on 4Chan's /biz/ board, which has added more energy to the overall project (including the best memes in the crypto world, probably, including a running joke that CEO Sergey is a high-functioning Big Mac addict). 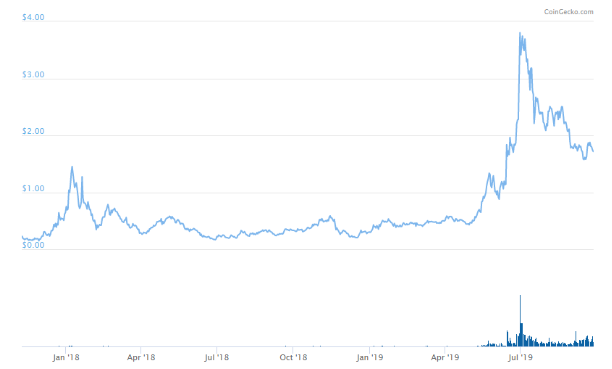 The price spike was in part caused by a successful mainnet launch on Ethereum at the end of May and a lucrative partnership announced with Google (see the “partnerships” section below for more details).

The purpose of Chainlink 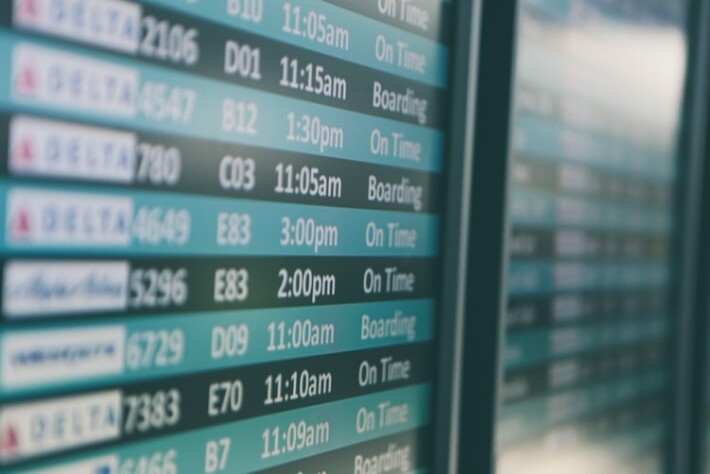 Oracles are not new as a concept in crypto. There are already oracle networks operating on a variety of blockchains. The difference with Chainlink is their determination to make the oracle point of the information chain as trustworthy (or nearly as trustworthy) as the blockchain transactions themselves.

Other centralised oracle networks rely on building a strong reputation so that we can trust them. Chainlink wants to eliminate even that risk. This would be wise if the contracts are worth very large amounts of money. So Chainlink uses a number of approaches to drastically reduce this risk by decentralising the oracle process.

Example: You have a travel insurance company that guarantees your customers that they will get a payout while they are travelling in the event that there is extreme weather and they need to spend more to travel safely. Your offering involves your company putting the insurance payout in escrow; if the weather gets very bad then the customer can expect the relief money to be deposited in their wallet automatically.

So far, so good, but with a centralised oracle there are a number of pitfalls. If the oracle fails to monitor the weather from e.g. a weather website API then the contract might never get paid out. Or the oracle could collude with your company or even the customer to pay out (or not) based on fabricated weather data.

Chainlink has a number of solutions here. The most notable is that the oracle reading is not done by a single entity but a network of entities. They might all be plugged into different sources of data, but presumably they should return the same weather reading.

The next aspect is reputational. The Chainlink engine decides which oracles (or ”nodes” on the network) have the best track record and allocates more authority and fees (the payment for the data gathering, paid in LINK) to those oracles.

Finally, Chainlink has its own escrow system in place with the nodes. When a node responds to a call for data, they must put some LINK in escrow. If they return faulty data then they forfeit their deposit.

After the contract is completed, the LINK is released to the oracle, and the reputation engine will update the ratings of the oracles who took part.

Chainlink therefore is not a separate blockchain but a protocol interacting with the Ethereum blockchain, and also an offchain platform where the administration and calculation takes place. 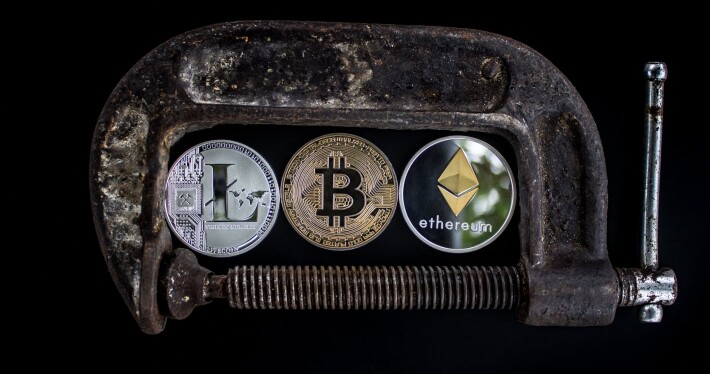 In terms of scaling, there are legitimate concerns for Chainlink. It is currently only integrated with Ethereum and is therefore at the mercy of Ethereum’s own scaling issues. For example, the Ethereum network was brought to a standstill once as a game about cats overburdened the network.

But the team have intended for Chainlink to be blockchain agnostic, and in the future almost all blockchains will be able to integrate with LINK. The team also seem to be designing with scale in mind, for example by designing the data retrieval from different nodes to be batched together and sent as one transaction instead of many small ones

Chainlink is an ambitious project and as you might expect for such a crypto platform, has had a few controversies. We will give a run down of the major criticisms here so you can make your own mind up:

In terms of working product, Chainlink have certainly progressed well. The mainnet is open on the Ethereum network and although it is far from mature, it is already providing oracle services to other nodes.

Partnerships is another area where one must admit that Chainlink has shined. There are many to mention, but some stand out in particular. Google is the most notable, as we mentioned earlier, with Google Cloud collaborating with the team. SWIFT, the international monetary transfer organisation that enable much of the international transfers of fiat funds, is cooperating with Chainlink (along with other blockchain companies, in somewhat unsubstantiated but highly likely reports from the Chainlink founders themselves). They also work with tech giant Oracle or various solutions.

Chainlink is a trailblazer but it would be incorrect to say it has no competitors. There are 3 main directions that competition will come from: