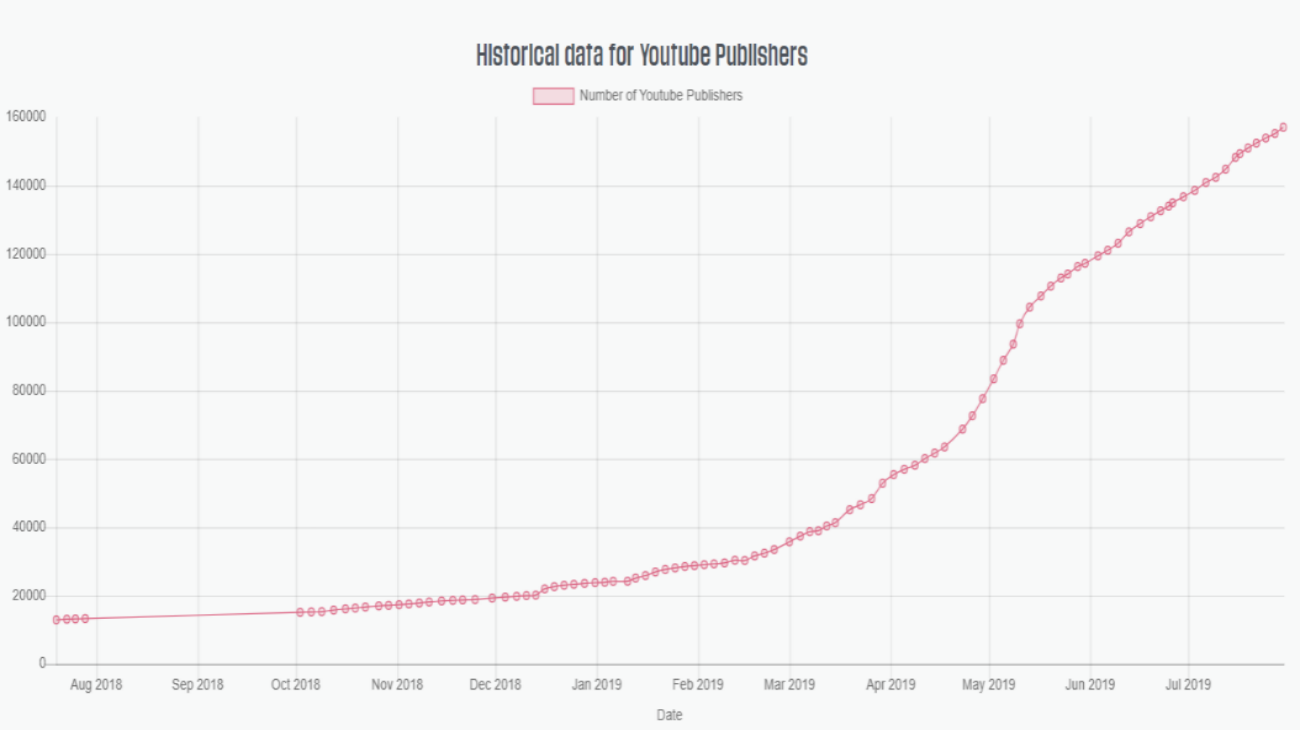 Like what you see? Reward me by trying out the Brave browser.

According to data from BATGrowth, as one user on Reddit pointed out, the browser’s publisher numbers have grown by a factor of 9 since July of last year, when they were at around 13,500.

A list of the largest publishers on the website according to their Alexa rank shows that some of the biggest websites in the world already signed up to receive Basic Attention Token (BAT) rewards with the platform. These include search engine DuckDuckGo, TheGuardian, and WikiHow.

Brave Rewards creators are rewarded with a specific amount of BAT tokens according to the amounts allocated by their users. They can also receive BAT tips.

The Brave browser itself has seen its user count rise to the millions in the last few months, partly thanks to its built-in adblocker an anti-tracking features. While some use the browser to browse the web safely and privately, others are in it for the tokens.

The Brave Ads program sees the browser reward users for seeing ads that don’t track them with BAT. Currently the feature is only available in a few countries, although a rollout to all of Europe is expected in the near future.

In the latest Nightly version of the browser, users are even able to cash out their tokens if they verify their identities:

Some speculate that the price of BAT will grow to as much as $10 thanks to demand from advertisers, while others believe users selling the tokens they earn from ads will see their price drop significantly.

Mati Greenspan, a senior market analyst at eToro, noted that “increased use of the network should translate directly into higher valuations for the token,” while other experts have claimed to not actively trade the token.

A blog where we'll look at news related to cryptocurrencies ,relevant stocks, and more