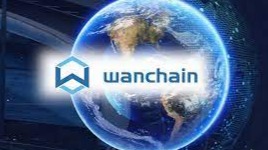 THE WANCHAIN INTEROPERABILITY AND ITS IMPLICATION FOR AFRICA

Africa is a continent with largely underdeveloped sectors with huge potentials for growth and improvements. Bedeviled with a myriad of institutional bottlenecks and corruption, individual and corporate growths are not easy to come. The problem of Africa is deeply rooted in the rigidity of systems, ranging from social, religious, political, economic; amongst others.

With a mostly dictatorial style leadership; popular opinions, beyond verbal, can hardly find tangible expressions. This is where the Wanchain Blockchain could be effectively deplored as an industry wide solution.

With its interoperability ability to connect different independent blockchains and enable  interchain transactions, the Wanchain Blockchain opens the door to limitless possibilities.

Accessibility to banking services is a key solution on the network. According to a survey conducted by the Middle East Business Magazine, 57% of African adults are unbanked and 40% of those with bank accounts prefer accessing banking services via mobile platforms.

Bringing banking to the unbanked is one of the foundational goals of blockchain technology. While this appeared  quite feasible in the early stages of the technology, when Bitcoin held sway, it has been lost in  the multitude of the many different blockchain projects that have sprouted up over the years. With the ownership of many different crypto assets, it has become increasingly difficult for the exchange of values without huge costs, which negates the concept of low transaction fees originally proposed by founders of the technology. There is no gainsaying that cross chain transactions is not a new concept to the industry and has long been in existence. However, note should be taken of the fact that it was only possible on centralised exchanges and other escrow platforms,  a fundamental breach of the blockchain zero-middleman ideal. What Wanchain affords the average user is the exchange of values across chains over a strictly decentralised infrastructure and without any resort to a middleman. What this means for the average African is the ability to own an all in one bank wallet, where he or she can transact seamlessly without resorting to middleman services and its accompanying extravagant costs. A mass adoption of the Wanchain solution would take away the puzzle that comes with making the right choice of crypto asset to hold at a given time, as one can always exchange whatever asset he or she holds for what is needed at any point in time.

The largely unbanked population of Africa can not only easily own their banks of crypto assets but can effortlessly transact with them irrespective of the difference in the asset he or she holds and what the vendor or service provider accepts. This is the fulfilment of the Satoshi prophecy. Privacy infringement is another area of interest in Africa the Wanchain Blockchain can be deployed to address. Unlike what is applicable in Europe, respect for privacy is largely taken with kid gloves in African despite regulatory mechanisms put in place to address them.

Violation of data privacy is a sin not only individuals and corporate bodies are guilty of but something largely perpetrated by the governments who execute different spying projects to monitor their citizens. In Nigeria, for instance, the news of the Federal Government reportedly budgeting 4.8 Billion Naira  for the National Intelligence Agency (NIA) to monitor whatsapp conversations of citizens provoked a nationwide outcry.

Wanchain affords users transaction privacy. This is not only of advantage to the average African user who wants his business strictly private but also protects corporations who operate private blockchain networks. Corporate secrets are gold which should be guarded at all cost from third party access.  Wanchain privacy protocol makes it possible for corporations to permanently store data and grant access to authorized persons without fear of possible unauthorized access. The Wanchain privacy feature is safer and more secure as it has no single point of failure like we have with centralized applications.

Beyond the provision of basic banking services, the Wanchain protocol has the lending and borrowing feature. Access to low interest loans is one of the major biting issues startups in Africa have to consistently battle with.Many startups with promising prospects have had to pack up due to lack of access to adequate funding. These African startups can leverage on the borrowing protocol of the Wanchain Blockchain for ease of access to cheap loans. This could be the lasting cure for dying businesses within the continent.

The traditional way of keeping away funds one does not intend to use is to place it in a fixed deposit in banks with an annual interest rate often at 3%. This is an inconsidrable return given the huge percentages financial institutions charge while loaning these monies. The traditional bank account holder, however, does not have any option as it would be wasteful to obtain a lender’s license for such occasional fixed deposits and the fund might not be large enough to cross the regulatory threshold to qualify for such license.

The Wanchain lending feature makes every user an automatic potential lender with lots of flexibility, irrespective of the amount or value of crypto assets the user holds, and without having to deal with the hurdles of obtaining licenses. It is a viable solution to the problem of passive income in Africa. The lender determines and earns interests on such loans in addition to the value his or her holding might accumulate overtime due to the price actions of the cryptocurrency market. The lender can also withdraw his or her asset at will, an impossibility in the traditional fixed deposit system.

There are a plethora of other African challenges the Wanchain protocol can be deployed to address, apart from the ones already listed. Like, was earlier pointed out, the possibilities are limitless. 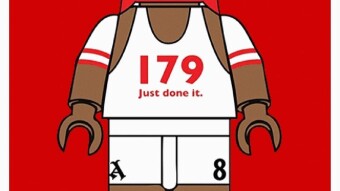 The next update in the Bitcoin blockchain?